Sadiq Khan won a second term as London Mayor in a tight race against the Conservative candidate Shaun Bailey.

In his election victory speech, Khan declared that he wants to “build a better and brighter future for London after the dark days of the pandemic and to create a greener, fairer and safer city for Londoners”.

He also addressed the poor performances of Labour during the local elections, in which the party lost eight councils while the Conservatives gained 13 councils and 235 councillors nationwide.

However, the victory of Khan in London and Andy Burnham in Manchester showed that Labour is attracting voters in major cities, despite the party being in a so-called crisis.

As we move past election day and, Khan starts his second term, the question is, what is he bringing to London?

London has felt the full brunt of the pandemic and has experienced economic fallout that is worse than any other region in the country. It is expected that the Mayor of London will have a £19 billion budget, and the biggest focus for Khan will be to try and get London moving back to its pre-pandemic self. The the most pressing agenda for the Mayor is trying to help more than 300,000 Londoners who lost their jobs during this unprecedented time find work again.

Sadiq Khan has outlined that he is focused on turning London into this green city, as he plans to invest £50 million to support more than 170,000 green Jobs. He also wants London to be zero-carbon by 2030, to have a zero-emission bus fleet by the same year and for the city to have zero-waste through “reusing, recycling or recovering”. Regarding transport, Khan wants to introduce 4G across the transport network, open Crossrail, and transition Transport for London (TfL) into a more “sustainable” funding model.

Issues such as crime, policing, and housing have been in the spotlight during Khan’s leadership as Mayor of London since 2016. During the run-up to this year’s mayoral election, Bailey was one of the many outspoken candidates of Khan’s leadership and felt that Khan did not do enough on these issues during his first term. However, according to a YouGov poll, only two in five people felt that housing and crime were the most urgent matters to address within London. In response to this, Khan hopes to hire 6,000 extra police officers, to establish a drugs commission that will look into the effectiveness of drug laws and maintain the city’s programme that prevents violence against women and girls.

According to City Hall, London needs 66,000 new homes a year to address the demands of Londoners, and Khan hopes to build 10,000 new council homes, give essential workers priority for new “intermediate homes,” and establish a 50% target for all new homes to be “genuinely affordable”.

How achievable is Khan’s vision?

Beyond the mayoral elections, we have to assess if Khan can achieve his plan for London. His plans are very ambitious to some people, but some may disagree. There is even the perspective that the plans that Khan is proposing is not enough to address the various issues that Londoners have. Already bosses from multiple sectors in London have pleaded to Khan to support them, and climate activists and Labour youth groups have called Khan to cancel plans of building a four-lane road under the Thames river.

As Mayor of London, Khan has a big job on his hands to try and please the variety of individuals who live in London and have various concerns. Khan wants London back on its feet again, but in trying to do so, he may risk not fulfilling his promises that he has made during this recent election. Can the Mayor make London a zero-waste city while also trying to support a post-covid recovery? Is Khan’s zero-carbon by 2030 commitment too ambitious, or is it a fair target to achieve? With some Londoners believing that housing and crime need to be addressed urgently, will he handle this demand, or will he fumble under pressure?

Khan hopes to be in this job until 2036 as long as Londoners support him.

But for this dream to come to fruition, Khan must stick to his promises. 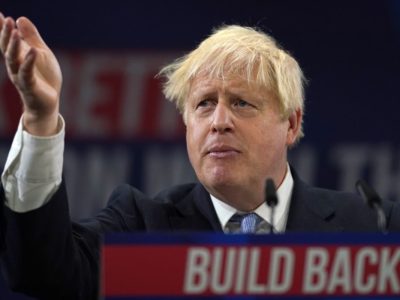