The fourth industrial revolution has ushered in a new wave of technology-based living, which is growing rapidly day by day – but some say that it could lead to a dark future for the world. Unless you are passionate about technology and the economy, you may have not noticed the major ways in which society is changing, and why the fourth wave is so special. The UK government has said that the fourth industrial revolution is “characterised by a fusion of technologies” – namely artificial intelligence and biotechnologies, which they say has the “power to reshape almost every sector in every country.”

To realise the full potential of where we are as a society today, it is best to look at what has unfolded before.

The first industrial revolution started in Britain during the 18th century. It began with the process of moving away from an agricultural and handcrafted economy. Instead, the economical focus became one where wealth became based on industry – enterprises or organisations that produce or supply goods, services, or sources of incomes – and machine manufacturing. It can only be described as the ultimate upgrade to the way that Britain had lived before, and it kickstarted everything that we know about technology and industrial services today. Although Britain was the pioneer, the rest of the world soon followed.

During that first industrial revolution, British workers moved from handweaving textiles, to working in cotton mills – thus began mass production. It could be argued that the majority of our British economy – in fact the global economy – relies on mass production. Britain also began to make use of iron and steel during that first wave, and they also discovered new energy sources such as coal. This led to the creation of the steam engine, electricity, petroleum, and other resourceful inventions. It sped up the pace of a life that was usually a bit dull, restrictive and slow, up until that point. New machines were also invented and the factory system – another key on which a large majority of our economy still relies.

The second industrial revolution was a step-up from the first – during the 19th and 20th century, Britain began to utilise natural and synthetic materials such as plastic, and they discovered more energy sources. Although we have come to discover how harmful single-use plastics can be today – this was a massive development for humanity when it was first created. Furthermore, ‘top’ nations such as Britain began to move from mass production by hand, to automatized production, which produced important materials such as weaponry.  This provided a sense of economic freedom, as these technological shifts provided several jobs – from the factory line worker to the ‘big boss’. An example is the famous Henry Ford, who created and produced the famous Ford cars.

The third/fourth industrial revolutions are where it gets a bit tricky – experts continue to argue about whether we are currently in the third or fourth revolution. Whatever you believe, experts do agree on one thing – the fact that the creation of the internet marked the start of life as we now know it. The invention of the most powerful network permanently shifted nations from high-level manufacturing and producing, and even being technologically based – to being digitally based. A clear example of this is our reliance on digital technologies, especially during the current pandemic – some will argue that the pandemic has led to increased digital reliance, but it also shows how ready we were to do so.

The economist describes this best – “the old way of making things involved taking lots of parts and screwing or welding them together. Now a product can be designed on a computer…” This is a gain for Britain and the rest of the world. The online shift has meant that possibilities are endless, and creativity has virtually no limits – for example, a person who dreams of owning their own shop, but struggles to rent out space, can start an online shop in the comfort of their very own home. Instead of factory workers, we see IT specialists, designers, marketing and media staff, and the like. The rise of new crypto technologies – new currencies such as Bitcoin, and opportunities to own stocks and shares in a variety of company, suggests that wealth is becoming more accessible.

Technological development has always signalled a revolution historically; the smartphone that you hold in your hand, and the computer you work on – the car that you drive and the smart meter that you use – they can all be traced back to that first revolutionary wave. This hasn’t changed.

However, we do know that the benefits of the industrial revolutionary wave that we are living in are sadly, not experienced by all – socioeconomic factors play a large part. Many suffered as factory workers during the first and second revolutions – with poor pay, bad conditions and even child labour – and we may not be as far removed from that today. Furthermore, the reduction of human hands at work means fewer jobs or jobs that are difficult for everyone to attain. There is also the threat of data mismanagement as more and more people share their lives online.

However, there may be much to look forward to as we increase in productivity and efficiency – possibilities could be endless, and hopefully, we will live in a world where everyone begins to benefit. 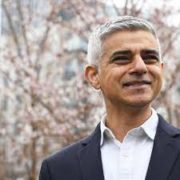 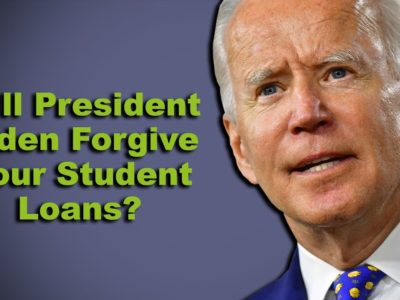 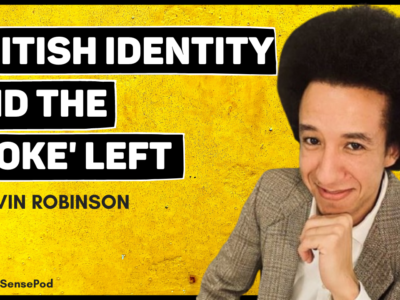