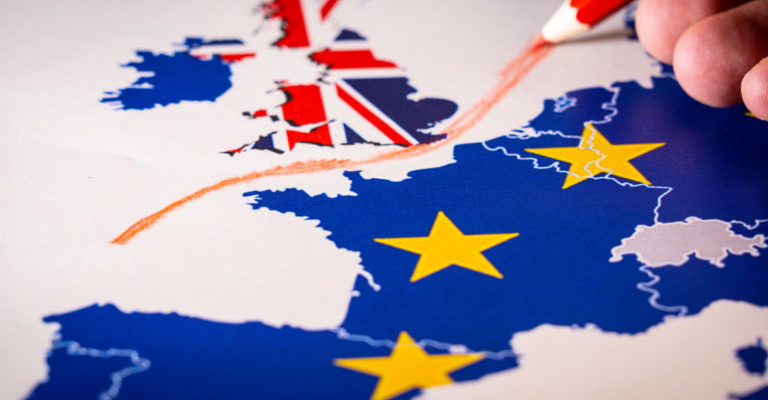 Hand drawing a red line between the UK and the rest of EU, Brexit concept.
Share Share

After years of protests, shock and denial, Brexit has finally been delivered. The UK government has finally reached an agreement with the European Union regarding trade and other issues, at the last minute before the transition period between the two ended. Despite the struggles and issues along the way, Boris Johnson and the Conservative government have delivered on the main promise that their landslide election victory was based upon – to get Brexit done. This is a major coup for the United Kingdom, and a sign that democracy is still alive and well.

Brexit is officially over. The United Kingdom reached a deal with the European Union on 24th December 2020. It had already left the EU in January 2020, but both parties agreed to keep things the same during a transition period. This ushers in a new era for the United Kingdom going forward, and will affects all aspects of the relationship between us and the EU on multiple levels. The deal took effect from 11pm, 31st December 2020. So what are the facts of Brexit, and what does this deal contain?

After Brexit happened, the EU and Uk had to decide on trade agreements. I.e. how much it would cost to import and export goods. Sometimes countries increase import tax to save a country’s own goods from cheapening in value e.g. a county may have a high tax on importing cars for example to ensure that people in the country by cars made locally. As the EU is the largest trading partner with the UK, this deal is super important. The deal reached, is a free trade agreement, ie. no taxes on goods or limits on the amount that can be traded between the UK and the EU from 1st January. New checks however will be implemented at borders, such as customs declarations and so businesses will need to get used to new checks. This could well mean an increase in paperwork, which in turn could cause delays if the businesses are unprepared for the changes. Some new restrictions on certain UK animal products will be enforced. The new deal means that fears of goods being more expensive has been avoided.

Certain businesses that offer services in particular markets (such as banking) will lose their automatic right to gain access to EU markets. Those holding professional qualifications will no longer be automatically recognised universally in the EU, and individuals with UK qualifications will have to adhere to the country’s individual standards in order to work in an EU country. The UK and the EU will continue to have healthy dialogue to try and improve and accelerate access for those working in the service industry to work in their respective jurisdictions.

UK nationals will need a visa for stays of 90 days or more in a 180 day period. Passports for pets will no longer be valid, meaning whilst pets will still be allowed, owners will need to get a health certificate for each animal they own, per trip. European Health Insurance Cards (EHICs) will be valid until their expiry date, and the UK plans to replace it with a ‘UK Global Health Insurance Card’. UK phone operators will no longer be banned from roaming charges and will able to add a premium to their services, although both the EU and the UK have requested they charge reasonable prices.

The UK will gain more control over its fishing waters over the next few years. EU boats will continue to fish in UK waters, but UK fishing boats will gradually get the largest share until 2026. After that, there will be regular talks on access to UK fishing waters. The UK has the option to completely ban EU boats from fishing, but the EU has the option to impose a tax on British fish.

The UK will no longer be a part of the Erasmus exchange programme, however university students in Northern Ireland will continue to participate, in a special agreement by the Irish government. UK students studying abroad in the EU will continue to receive financial support for tuition fees. The UK plans to launch a replacement scheme for students called the Turing scheme (named after mathematician Alan Turing), with a planned budget of approximately £100 million.

Legal disputes and the European Court of Justice (ECJ)

The UK will no longer have a role in the ECJ, considered to be the highest court in the EU. Disputes between the UK and the EU will be referred to an independent tribunal instead. This was a vital demand for the deal, as it would allow Britain to have more control over its laws. Tariffs could be imposed on some goods if either side moves away from current standards on products.

We Have No Idea How Bad It’s Going To Get

The truth is that we are better off fighting for deals when we have the backup of other countries. Brexit has always felt like a return of the British Empire, a return to ‘England for the English’ and a move away from globalisation.

We’re now one week into a new era with the EU and already people are reporting the difficulties they are facing. The practical differences for the layman have made ordinary living incredibly hard.

People are reporting high prices for sending parcels, they’re reporting delays in importing and exporting. Businesses aside, these are everyday people just wanting to live their lives.

In addition living outside of the UK as an expat in other European countries is much harder and financially more expensive. UK banks are closing off accounts to ex-pats. Only if you were already living in an EU country as a UK citizen (before 31st December) will you be allowed to remain there. The UK has left Erasmus+, a University exchange programme. There is however another scheme being launched (Alan Turing programme), but the details of this are yet to be announced.

To top it all off, we’re currently in a pandemic and with UK cases of Covid increasing and without the backing of the EU we are and will just be set aside and left to rot in the corner. At this point is going to be hard to distinguish the effects of Brexit and the effects of the pandemic. Hard Brexiteers will use this to argue that the effects won’t be as bad, but its up to us, to pay attention to the detail.
For example, Money Supermarket reports that “EU countries as well as Iceland, Liechtenstein, Norway and Switzerland have banned most non-EU residents from visiting due to the pandemic,”. This is just one example of how we are being hit by the Pandemic and Brexit at the same time.

It’s almost feels pointless to talk negatively about Brexit, considering we are there now, but I do hope we continue to fight for every deal and pay close attention to the laws and rules that pass by quietly.

Why It’s Not All Bad

Brexit represents one main thing: the preservation of democracy. Many people were in shock and denial after the Leave vote in 2016, and between then and now there were several attempts to overturn the result.

Whether it was through insults and gaslighting in the mainstream media (“leavers didn’t know what they were voting for, etc.”) or blatant and brazen attempts to overturn the result (particularly by the Lib Dems), it was a clear attempt to usurp democracy. It failed.

Leaving the European Union isn’t necessarily a bad thing. The UK will have more control over its own affairs, without being dictated to by EU regulations. It will represent a new era for the UK, being able to operate as an actual independent nation.

An immediate example of this is the abolishment of the tampon tax. Under EU law, sanitary products had an added VAT. However, now that the transition period has ended, the government has honoured its commitment to scrap the tax.

People often think that leaving the EU means we’re no longer ‘part of Europe’. The UK is still a European country geographically. We haven’t cut all ties with the EU; rather we have left the political arena of the EU to have more control.

Afshan D'souza-Lodhi is a scriptwriter and poet based in Manchester. 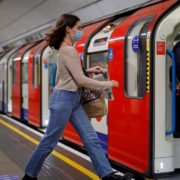 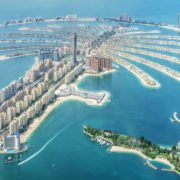