It would be irresponsible for any government to not react to the current pandemic. However, the government seems more than willing to slowly erode civil and individual liberties in the name of ‘safety’. History has shown that emergency powers have a way of overstaying their welcome, even when the crisis has passed. People are right to be concerned. We must ensure that those liberties remain with us, or we risk having a ‘cure’ that is worse than the disease itself.

England went into a second lockdown following spikes in coronavirus cases. As such, anti-lockdown protestors descended on London’s Trafalgar Square, strongly opposed to the government’s increasingly draconian laws. Protestors were heard chanting “freedom” and “no more lockdown”, and some wore Guy Fawkes masks. The Guardian reports that police arrested 190 protestors, one of whom potentially faces a fine of £10,000 for organising the event. Piers Corbyn, brother of former Labour leader Jeremy Corbyn, was spotted amongst the crowds with a megaphone, who himself was fined £10,00 for his role in a previous rally. Commander Jane Connors, who led the police operation on the night, said in a statement, “Tonight, a crowd of people chose to ignore the new regulations, to behave irresponsibly and meet in a dangerous manner.” Whilst it is understandable that the police acted in a manner to protect the health and safety of the public, and that they have a legal obligation to disperse illegal protests, something more sinister and concerning took place on that evening.

“A free press can, of course, be good or bad, but, most certainly without freedom, the press will never be anything but bad.”

The police instructed journalists and photographers to leave, and threatened them with arrest. They were reportedly told by officers that they were not viewed as essential workers and therefore needed special permission from the Met Police to be present. Photographers reported showing accredited press cards but were rejected and ignored. This has shocked and appalled the journalistic world. Ian Murray, executive director of the Society of Editors (SoE) has written to the Home Office for ‘urgent clarification” on the situation. He said, “At worst, this is an alarming disregard of the principles of a free media going about its lawful business… it is frighteningly Kafkaesque for police to use that excuse [Covid restrictions] …. That sort of logic is used by tyrants and totalitarian states the world over to suppress the truth.” Scotland Yard has since apologised. In a statement to the SoE, the Met said “it is not always easy to differentiate journalists from participants since unlawful protests are by their nature often chaotic.”

Despite the Met’s apology, this is not the first infringement upon civil liberties that the government and local councils have endorsed and encouraged. In March 2020, Derbyshire Police was given emergency powers to use drones to enforce social distancing around the Peak District. On Twitter, a video shows police drone footage of members of the public performing harmless activities such as hiking, jogging and walking their dogs. At the time, it was deemed to be ‘non-essential’, which by implication meant ‘illegal’. It gave us a glimpse at a sort of dystopian future unfolding before our very eyes. It must be made clear that the people featured in the video did nothing wrong by going about their business.

Of course, this sparked a fierce backlash from the public. Various civil liberties groups have called the use of drones ‘sinister’ and ‘counter-productive’. Silkie Carlo of Big Brother Watch called the temporary powers ‘chilling’. Jonathan Sumption, a former UK Supreme Court justice, told BBC Radio, “This is what a police state is like… It is a state in which a government can issue orders or express preferences with no legal authority, and the police will enforce minster’s wishes.” In the name of battling Covid, Britain seems to have turned into a police state overnight. With the government introducing policies that are hauntingly similar to authoritarian regimes and dictatorships, a person who truly values their freedoms and liberty should and must be concerned.

We know that no one ever seizes power with the intention of relinquishing it. Power is not a means; it is an end.

In addition to this, one can feel as if their basic humanity is being sacrificed. At times during the pandemic, people have been forced to see their loved ones through a glass window, or through technological means. It’s heartbreaking to see this, especially involving those in care homes. The elderly, particularly those with conditions such as dementia, are essentially being held captive, with no or heavily restricted contact with relatives. For that generation, technological means is out of the question, as many are not as tech-savvy as the younger generation, and the fact that they are in no physical condition to operate devices like smartphones and tablets anyway. According to Alzheimer’s Research UK, 69% of people living in care homes are living with a form of dementia, with Alzheimer’s being the most common, affecting between 50% and 75% of those diagnosed.

Guidance issued by the Department of Health and Social Care advised care homes in England to create their own visiting policies to reduce the risk of coronavirus transmission, as well as to limit the number of visitors they allow to one per resident. It said, “the health and wellbeing risks of residents needs to be considered in these policies.” The guidance also advises against hugging and other physical contact, and encourages the care home staff to enforce social distancing rules. When visiting is allowed, it should be conducted outside or use “a plastic or glass barrier” between the residents and their visitor.

UK charity John’s Campaign, which campaigns for family members to be involved in their relative’s care, challenged this legislation. Its case of a judicial review against it was based on the premise that family members were being reduced to merely ‘visitors’ (therefore dehumanising them), and that they were not seen as integral and vital to a care home residents’ wellbeing and happiness. It said that “the guidance had fundamental flaws that were rooted in the government’s failure to take account of human rights… there is no emphasis on the importance of meeting the individual needs and choices of care home residents, many of whom are living with dementia – a disability as well as a terminal illness.”

Given the dire mental health impact of Covid restrictions, it is hardly a helpful response to tell people struggling with sickness and depression in a seemingly endless series of lockdowns that the only way to end it all is to go abroad to commit suicide.

How did we end up transforming our care homes into jails of enforced loneliness? In the name of Covid, our basic humanity has been restricted. Long term, this is unsustainable. Matt Hancock has previously said that seeking an assisted death abroad is a ‘reasonable excuse’ for leaving home in a lockdown. This is particularly distasteful, as many across the country cannot legally see their loved ones who are dying. It adds insult to injury, and there is a distinct lack of equity and humanity about this. You can leave your home to die, but you can’t visit loved ones who are dying. The laws which would usually compel you to stay at home for your own ‘protection’ can be relaxed – so that you can commit suicide. This is enforced misery.

Those who would fear for their safety are more than willing to give up their civil liberties, and are quite comfortable with advocating for others to lose their rights as well. When people are scared, they will do anything to maintain a false sense of security, no matter what the cost. The government is doing an excellent job at exploiting these people. We have seen journalists being arrested for exercising their rights for free press, dangerous and chilling examples of government overreach in Derbyshire and care homes essentially being turned into jails; all in the name of Covid.

There is a distinct spirit of subservience to the state; people can and will only tolerate so much. We must be very careful that these restrictions on our freedom are not tolerated if not necessary, and that when the crisis has passed, we take our rights back. We must not allow ourselves to end up with a cure that is worse than the disease. The emergency powers must not be allowed to overstay their ‘welcome’. This erosion of rights, simply must end; sooner rather than later. 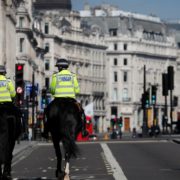 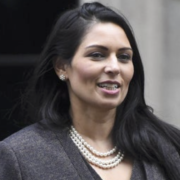 The ‘Wrong Kind’ of Woman of Colour 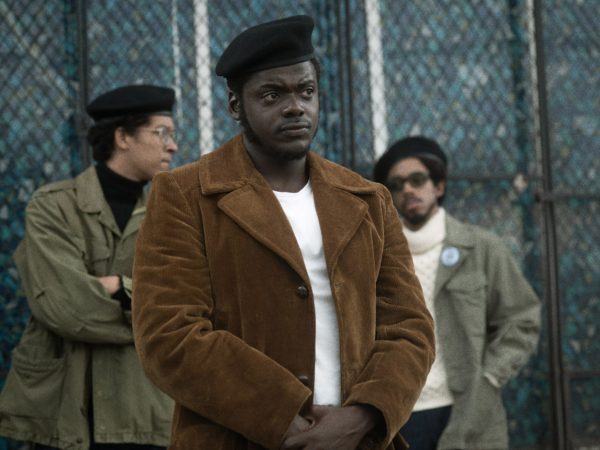 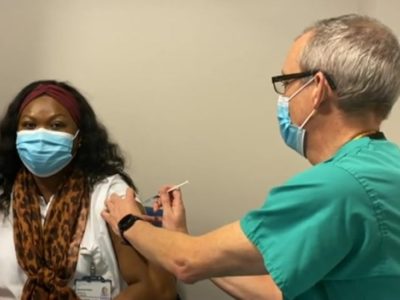 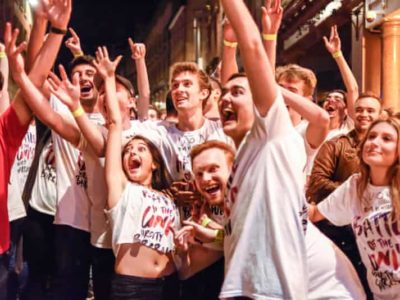