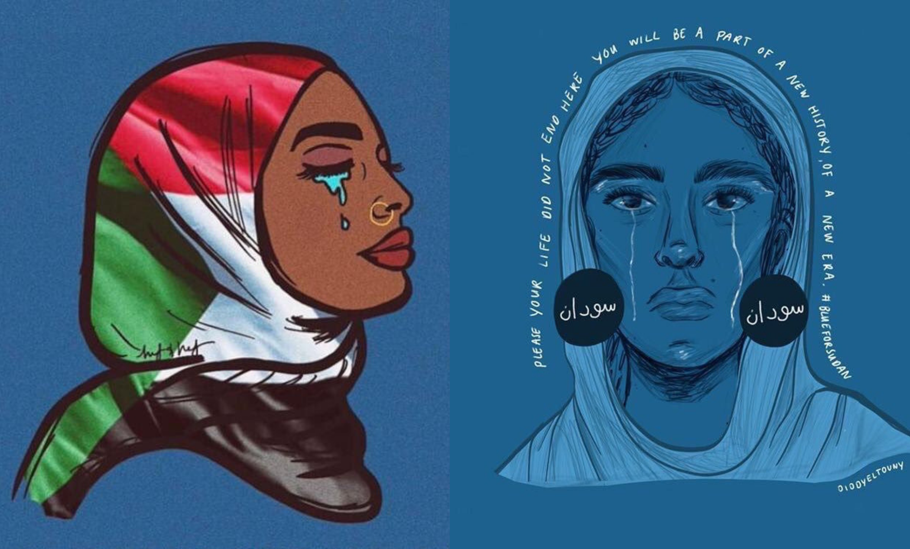 A man setting himself on fire in the streets of Tunisia ignited the spark of rebellion against oppressive regimes. Since then, protests against repressive and exploitative governments across the Arab world have continued to pull the attention from across the globe. Time and time again we are learning that citizens of the Arab world are not passive victims but active agents of their own emancipation.

Sudan is no different.

Our screens over the past couple weeks have been flooded with news and information about the current situation of Sudan.

Omar Al-Bashir, the dictator of Sudan since 1989 was finally overthrown after many economic hardships particularly during the last few years. Since December, the government has made many cuts to bread and fuel, allegedly stopped people from withdrawing money from their accounts and have been hiking up the price of food and other goods. Bread, to name one commodity, is now three times the price it was last year.

Following closely to the stepping down of Al-Bashir, people rejoiced at what seemed to be the start of something new. Feelings of freedom from a repressive regime encouraged singing amongst the masses and brought life to art expressing feelings of relief. The citizens of Sudan since then have been creating manifestos on women’s rights, media freedom and most importantly justice on a social and political level for all.

Sudan’s President was overthrown by the military council which promised to, gradually in two to three years, transition from the dictatorial state to a democracy whilst a new leader was being elected, thereby letting the country slowly come under civilian rule. This would allow time to disentangle the old government and the political network.

However, after Bashir stepped down, then re-emerged the old politics of Sudan. It’s parties and personalities that were once oppressed under the dictatorship came back, wanting to be represented in the new nation.

Soon after these promises by the transitional government, the three-year agreement was scrapped and now new elections are due in 9 months. A former British ambassador suggests this election will pave way for old regime to be largely reintroduced as there hasn’t been enough time to properly introduce new ideologies into the government

This lead to peaceful revolutionary protests commencing around the capital.

And everything WAS peaceful. Until the 3rd of June.

RSF militia ‘janaweed’ (the military security forces) violently began attacking and shooting peaceful demonstrators outside their headquarters during the holy month of Ramadan.

Amnesty International has also enclosed that they have disturbing evidence and satellite imagery showing Sudanese government forces including the RSF and allied militias committing war crimes and violating the laws of International Human Rights. In the past two weeks the death toll has risen to more than 100 people with 650+ injured and several reported rapes.

In the attempt to conceal many deaths more than 40 bodies have been found in the Nile river and the government has admitted to at least 60 of the murders. In addition to this, 45 villages have already been partially destroyed

It has been a horrifying massacre to witness. And nobody knows when this will end.

Putting aside the physical violation and merciless genocides is the fact that the citizens have been let down once again. Revolutionaries have been traumatised and many of them are now hiding out in order to be out of the path of the wrath of corrupt officials. Individualistically minded, the military elite’s priorities will always lie with power and privilege and because of this there is a deep sense of alienation from rulers.

And what is left is betrayal and blood.

Moreover, the Sudanese ‘government’ is still attempting to block out the internet and censor the media so that we can’t figure out all of what is going on.

But we know. And we need to show them that we know

What are we doing?

As of now many nations are doing nothing. This is very upsetting considering that Sudan was the first and only country to allow Syrian refugees in without the need of paperwork and treated them as part of the society. We have not, as of yet, seen any Arab state provide much support, although on the 14th of this month, Arab leaders have been seeking a diplomatic solution to the political crisis.

The African Union understandably has suspended Sudan’s membership with immediate effect but we still wait for them to intervene in some way to help the innocent and help stop these atrocities.

However, in order to raise awareness, we have been painting the internet blue.

Why are people turning their profile pictures blue?

Across all social media feeds such as Twitter and Instagram people have been turning their screens blue. This is in order to raise awareness about the crisis in Sudan and to show that we are listening and that we care.

We want the governments around the world to put as much energy into this as they did for “that empty building in France” (referral to the $1 billion governments raised for Notre Dame, which was damaged by fire a couple months back).

The blue is because Mohammed Hashim Mattar, a peaceful revolutionary was gunned down by the military last week. His favourite colour was indigo blue and ever since then it has become an emblem of pro-democracy.

There have also been many appeals to give money to the cause. Giving money to UNICEF, or save the children, contact local congresses and MPs. Signing petitions on Facebook campaign groups or change.org.

Change will not happen if we are not all active in this cause. We have proven that when we come together we can pull the attention of the world and inspire change

Because repression isn’t indefinite. And this isn’t the end of a revolution.

This is the beginning of an uprising.