In February 2021, the Supreme Court unanimously ruled that Shamima Begum would not be permitted to return to the UK and fight her citizenship case.

Originally from Bethnal Green, east London, Ms Begum and two other schoolgirls left the UK and travelled to Syria to join Islamic State. Ten days after arriving in Syria, she married Dutch convicted terrorist Yago Riedijk. Whilst in Syria she gave birth to three children, all of whom died.

In 2019, then-Home Secretary Sajid Javid stripped Begum of her citizenship on grounds of national security. In July 2020, the Court of Appeal concluded that the only way for her to face a fair trial was to allow her back onto British soil, because she could not appeal the decision from the camp in Syria, where she lives.

The Home Office subsequently appealed to the Supreme Court, successfully, that to allow her back into the country would “create significant national security risks”.

The Supreme Court ruled said that “right to a fair hearing does not trump all other considerations, such as the safety of the public.”

It has raised debate about how states should deal with jihadists and those who choose to fly to countries to support and fight with Islamic State and other terrorist organisations.

The argument is mainly driven by the fundamental principle of of access to justice and the right to a fair trial, rather then simplifying it to issues of security or Begum’s individual testimony.

In 2015, Shamima Begum travelled to Syria to join Islamic State at the age of just 15, along with two other schoolgirls. Referred to by the British press as ‘the Bethnal Green trio’, the girls flew via Turkey to join the Daesh.

Whilst in Syria, Begum was allegedly a part of enforcing ISIL’s ‘morality police’, and earned a reputation for being a strict enforcer of rules such as dress codes for women.

Begum married Dutch-born Muslim convert and convicted terrorist Yago Riedijk. She also gave birth to three children, two of whom died from malnutrition and one from a lung infection.

Begum was also known for her callous and inhumane attitudes and remarks towards acts of terrorism that ISIS has been responsible for. She commented that she had no regrets joining ISIL and was “unfazed” when she observed the head of a decapitated man because “he was an enemy of Islam”.

When asked about the 2017 Manchester bombings, in which 22 people were killed at an Ariana Grande concert, she said the killings were “justified”.

She commented, “It’s a two-way thing really because women and children are being killed in the Islamic State right now and it’s kind of retaliation. Their justification was that it’s retaliation so I thought OK that is a fair justification.”

Despite this, Begum wishes to return to the UK to fight for her British citizenship after being stripped of it by then-Home Secretary Sajid Javid. It comes after ISIL’s grip on Syria and nearby Iraq had since crumbled, and years of hardship for Begum followed.

The UK government opted has revoked Begum’s citizenship and successfully appealed to the Supreme Court that Begum should not be allowed back to the UK to face trials for her crimes.

Debate has risen as to the morality and legality of the government’s actions. Some believe that she is being denied the right to due process, whilst others think she deserves all the bad luck she is receiving.

Some question whether it is moral or ethical to allow the government to treat returning jihadists in this manner, and would argue that it sets a dangerous precedent for those people with dual citizenship who may find themselves in similar positions. Would the government abandon them in the way they did with Begum?

On the other hand, people have expressed approval at the tough measures the government is taking to prevent her return. They feel it would set a bad precedent for potential jihadists who wish to travel to countries like Syria to fight for Islamic State, who would see that they could return to the UK whenever they wished simply by apologising.

It’s important to recognise that this was the life she chose for herself. Nobody forced her to travel to Syria. This was entirely of her own making. Many people will argue that she made a mistake, as some teenagers do, which is a fraudulent and dishonest understatement.

A mistake is getting caught drinking alcohol, smoking cigarettes or taking recreational drugs at the age of fifteen, not fly across the world to join a terrorist organisation.

There is a certain irony, if not pure disrespect, of Begum wanting to return to British shores. She left, of her own free will, to a murderous caliphate that hates the Western way of life. Then, when ISIS turned out to no longer be the ideal lifestyle she wanted, she now begs for mercy to return to the UK.

If the UK is such a terrible place to live, why does she beg to return? It’s as if she wants to have her cake and eat it. The testicular fortitude that the Home Office has shown in this case is commendable.

What example would be set for potential future terrorists? If Begum is allowed to return to the UK, then the moral and legal floodgates would be open.

It would send a message that the UK is happy to welcome back jihadists (who have most likely committed unspeakable atrocities) as long as they apologise, shed tears and show enough remorse. That would make a mockery of the justice system.

A problem with the system is that many jihadists have returned to the UK, gone on trial and had to be let go due to lack of evidence of crimes in Syria. Most likely crimes were committed, but without proof, it means nothing.

Therefore, why would the Home Office spend resources on court cases which they’ll most likely lose? If they can avoid a court case altogether, whilst protecting the lives of British citizens, are they not within their rights to do so? Two birds, one stone.

This was a life Shamima Begum chose for herself. Actions have consequences.

Shamima Begum is a terrible person, and it is difficult to argue against that. Her involvement with the Islamic State should be accounted for, and there is universal agreement on this. But in the United Kingdom, a country that prides itself on the right to a fair trial, there is no agreement on if Ms Begum can return to the country and appeal against her citizenship being revoked. Despite what she has done, Ms Begum was born and raised in this country, and those that support the right to a fair trial should support her appeal.

Between 2000 to 2015, Parliament passed a series of terrorist acts to tackle this problem and the Supreme Court’s decision not to allow Ms Begum into the country echoes these times. We see the government using “national security” once again to bolster its power and to do whatever it wants, to the extent of taking away the right to free trial. If you genuinely support the right to a fair trial, then you cannot allow this government and its institutions to get away with what it is doing.

To echo the words of Rosie Brighouse, the Supreme court’s decision “sets an extremely dangerous precedent” and that as a liberal democracy, we should not be ok with that. 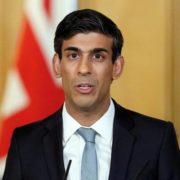