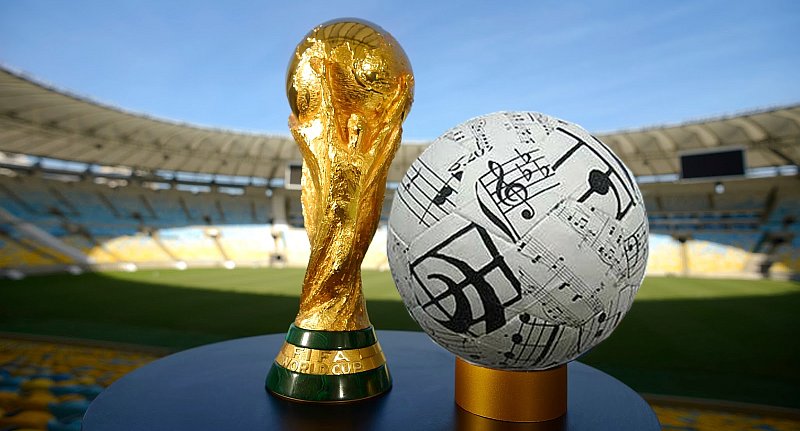 In honour of the 2018 FIFA world cup tournament, we here at TCS have put together a playlist of some of the best songs to come from the world cup over the years. Sit back, relax and listen to some good music.

It’s only right to start with this years song, “Live It Up” by Nicky Jam feat. Will Smith and Era Istrefi. This upbeat song is perfect for hyping anyone up before watching a match. The energy levels in the video are unparalleled and with it’s mix of English and Spanish it becomes the perfect party starter.

Next up we have “We Are One (Ole Ola) – Pitbull feat. Jennifer Lopez and Cláudia Leitte. Again we have a bilingual song that you can not only pump your first to, but you can actually cheer parts of at matches! Score!

Of course we couldn’t forget the infamous “Waka Waka (This Time for Africa)” by Shakira. This is one of the few solo artist world cup songs but it’s just as big of a hit as the others with Shakira encouraging us all to get up and dance!

Next we have Ricky Martin’s 1998 “La Copa de la Vida”.  The song and the video will have you wishing that you were a part of that crowd. It’s impossible not to mention this song, the majority of it may be in Spanish but Ricky made certain to include other languages too and on top of that the instruments and the styles in which they were played transport us to other parts of the world too.

You’ve clicked the link above and you’ve smiled because you’ve finally found the song you’ve been looking for for years. Sergio Mendes feat. Black Eyed Peas “Mas Que Nada” is a song that everyone either knows or has a faint memory of but most people have forgotten the name of over time. Well look no more, we’ve got you covered.

Whilst this song may not have been the best musically, it’s an undeniable part of British football culture and if, like most of us, you came to this song for John Barnes, he starts at 2:30.

The Lightning Seeds – Three Lions 98′ is a song that needs no introduction (even though I just gave it one). The words “It’s coming home, it’s coming home. Football’s coming home” appeal to a side of my soul that I didn’t know existed. This song is nothing less than iconic.

Last but not least, my personal favourite song that the world cup has ever given us K’NAAN –  “Wavin’ Flag (Coca-Cola Celebration Mix)”. This song is amazing for so many reasons but my favourite reason has to be the positive message that comes from this song. K’NAAN encourages us to be free. He encourages us to unite, be strong and to rejoice in the beautiful game that is football.

It wouldn’t be right to end our playlist without at least one special mention and since there has been nothing but support for Nigeria’s world cup team this year with the record breaking pre-sales of the kit and the sponsorship deals (not to mention Friday’s 2-0 win against Iceland). With all of that being said, the non-official world cup song special mention goes to Naira Marley feat. Olamide, Falz, Simi, Slimcase and Lil Kesh with “Naija  Issagoal (Remix)”.