Content warning: Some may find the language quoted in this article as offensive or troubling due to invocations of racial slurs and sexual violence.

A student at the University of Exeter has spoken out about the alleged use of racist and sexist language among members of an on-campus law society. Arsalan Motavali, a law student at the university and committee member of Bracton Law Society, wrote a Facebook post outlining comments made by fellow committee members on a WhatsApp group, as well as sharing screenshots which are purported to be from the group in question. Motavali stated that the offensive comments had been posted over a long period of time, and that he had only recently worked up the courage to speak out on the issue. 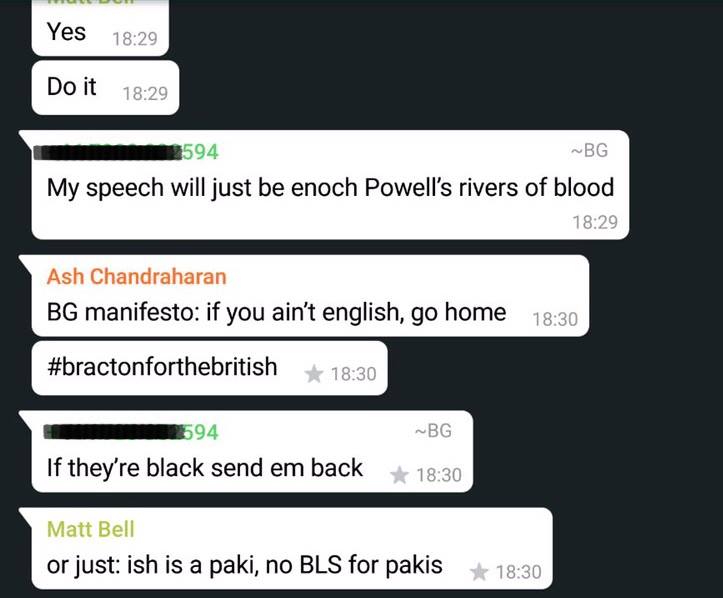 Examples of the comments from the WhatsApp group shared by Motavali (Source: Arsalan Motavali/Facebook)

Among the comments shared by Motavali were racial slurs about people of Black and South Asian origin, jokes about raping women and, on one occasion, a suggestion of regret that a fellow student who had been stabbed was not more severely injured. Among those accused of making the comments are the general secretary of Bracton Law Society, as well as a member in the running to be the next general secretary and three other society members.

The response to this scandal and those implicated in it has been swift. Bracton Law Society has already announced that it has resolved to remove all those accused of perpetrating the offensive comments from its committee, as well as banning those involved from the society as a whole, and preventing the candidate mentioned above from running for the general secretary position. The University of Exeter has also made a statement on Twitter, announcing that in condemns racism in all its forms, and that it will take action pending an internal investigation conducted by the University’s Student Guild.

In response to the allegations made against some of our students, we unreservedly condemn any act of racism. Incidents of this nature should not, and will not, be tolerated and we are committed to eradicating any form of discrimination or harassment, wherever it may appear. (1/2)

.@ExeterGuild are investigating allegations regarding conduct of society leaders. We cannot comment until the investigation concludes. Where members have broken the code of conduct we will take action, referring to University disciplinary processes where necessary. (2/2)

These allegations merely represent the latest events in a series of controversies to take place in educational establishments over recent weeks. Seven pupils were suspended, albeit temporarily, from a school in Bath for tying up, whipping and holding a mock ‘auction’ for a Black classmate. Meanwhile, Rufaro Chisango, a student at Nottingham Trent University, recently shared a video from her student halls in which two fellow students chanted “we hate the Blacks”. This led the University to suspend the students in question, while Nottinghamshire police made arrests on suspicion of racially-aggravated public order offences. Motavali praised Nottingham Trent University’s quick and decisive reaction to the issue reported by Chisango, and expressed his hope that the University of Exeter would act in a similar fashion with regard to his own complaint.

This issue will undoubtedly raise questions of when jokes in poor taste and so-called ‘lad culture’ spill over into genuine bullying and flat-out racism. Universities have long been regarded as the home of progressive, cutting-edge ideas and social tolerance. Yet this issue also underlines the darker side of higher education: a place where young men arrive having left home for the first time, freed of all the constraints of parents and teachers. Many try to forge new identities based on how controversial, or ‘edgy’, they can be, as a means of standing out from the crowd; their clear and deliberate lack of empathy an exhibition of their masculinity, usually underpinned by insecurity. Finding a way of curbing this need to show off to other ‘lads’ is surely essential to achieving the long-overdue goal of making students who do not fit into this group feel as safe and welcome at university as they should.

Following the well-publicised furore stemming from Rufaro Chisango suffering racial abuse in her halls of residence at Nottingham Trent University, fresh allegations of racism have emerged against students at the University of Exeter. Partly inspired by Chisango’s bravery in sharing her experiences, Arsalan Motavali decided to make public the racism he had witnessed at Exeter. Prior to the information being made public, Arsalan launched a complaint to the University of Exeter after obtaining multiple screenshots of students at the University of Exeter Law School racially insulting their peers, and making similarly disgusting comments about other racial groups in general. 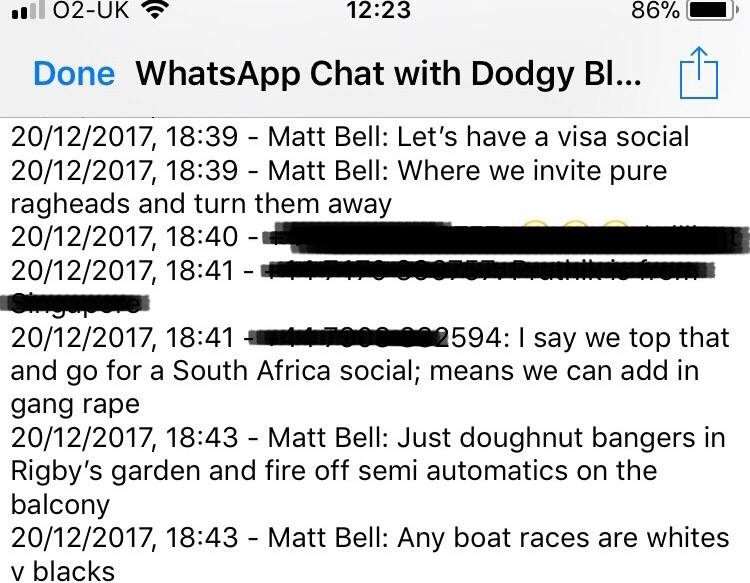 Further examples of the comments made on the WhatsApp group (Source: Arsalan Motavali/Facebook)

The screenshots came from participants in a group chat started by Motavali, who claims that the content of the chat became “increasingly racist and deplorable” as other students were added. The parties involved are: Matthew Bell (who was administrator of the group chat), Ash Chandrahan, Alex Crawford, James Cranstone, and Bailey Grant. They are accused of making disparaging comments towards their peers, such as Ash Chandrahan remarking that he wished “the jabs finished” Ikenna Henry Onyebuchi, a fellow student at the University who had been stabbed earlier in the year.

Arsalan claims he stayed in the group chat primarily to collect evidence of the things being said, and did not leave the group immediately due to “consistent anxiety and worry of how to deal with the situation”,  as well as the anxiety that third year brings. He says his contributions to the chat were rare, and pertained to “football and exam advice”. It has to be said, as good as it is that Arsalan has compiled evidence and made a complaint to the University, there are obvious questions to be asked as to why he never once voiced his displeasure at the statements made by other people in the chat. Especially given that the comments were targeted at his “close friends”, and the perpetrators “depicted them as an official societal belief” of Bracton Law Society, which he is a part of. 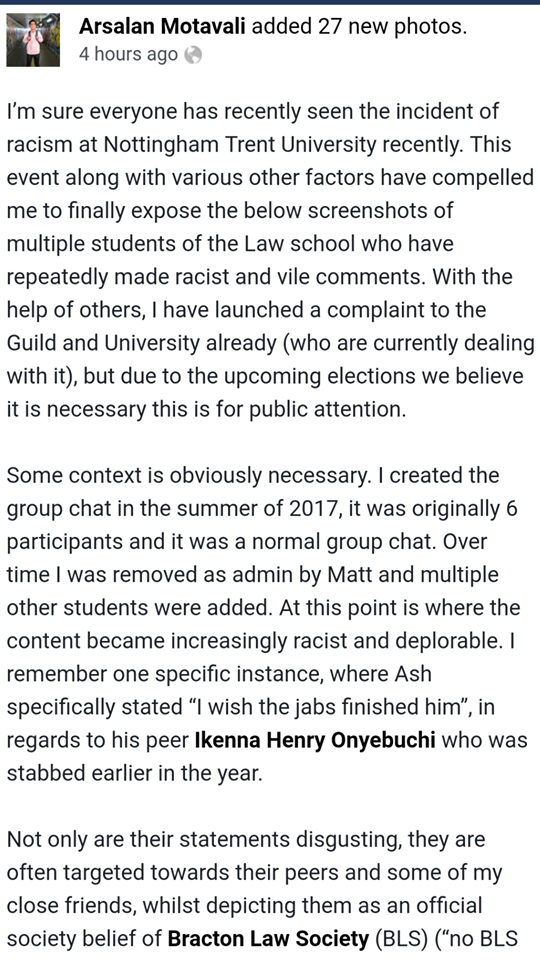 Perhaps it’s harsh, but until he notified authorities, and named and shamed the involved students on social media, one could argue that he was a bystander in the negative sense by allowing them to make such vile comments freely. It’s commendable that he eventually “refused to by and let such people who speak in these terms go on to recruit at future law firms or be part of University culture”, given that Matthew Bell and Alex Crawford are on the Bracton Law Society committee, a future trainee solicitor at Hill Dickinson LLP and a brand ambassador at RPC respectively. The University and their prospective employers must be forced to reiterate a commitment to ensuring their institutions are open, tolerant spaces, and the whole affair goes to show just how much work remains to eradicate the institutionalised racism at Britain’s universities.

Tia Lewis: My experience as a student at Exeter

Over my 3 years at the University of Exeter, I am certain that there has been at least one major racist incident each year. Last year, there was an anti-Semitic issue where a student had engraved a swastika into the door of their student accommodation, and a social involving students wearing t-shirts that said ‘Don’t talk to me unless you’re white’. At the time I was on the committee for African-Caribbean Society (ACS), and we raised the issue with the university. Their response was a campaign claiming that “We Are All Exeter” and banning white t-shirt socials. After this, though, the issue received little attention, and there was much ambiguity over the eventual consequences for the students involved.

This year, the new ACS committee have tried to resolve racist issues with the university following a blackface incident which deeply upset students who saw this. I am told that there were improvements such as the university changing their code of ethics, and I was approached by the student newspaper after I had put the incident on my Snapchat. However, the fact is that these issues have continued, and so many go unnoticed as these recent group chat messages have shown. The University has been very unhelpful in resolving these incidents and any attention paid towards the matter has faded over time. At our recent ACS meeting, I had asked the prospective committee how they would deal with these issues and they said social media, and it is disgusting that only through social media will our voices, and the voices of other students at these universities, be taken seriously. 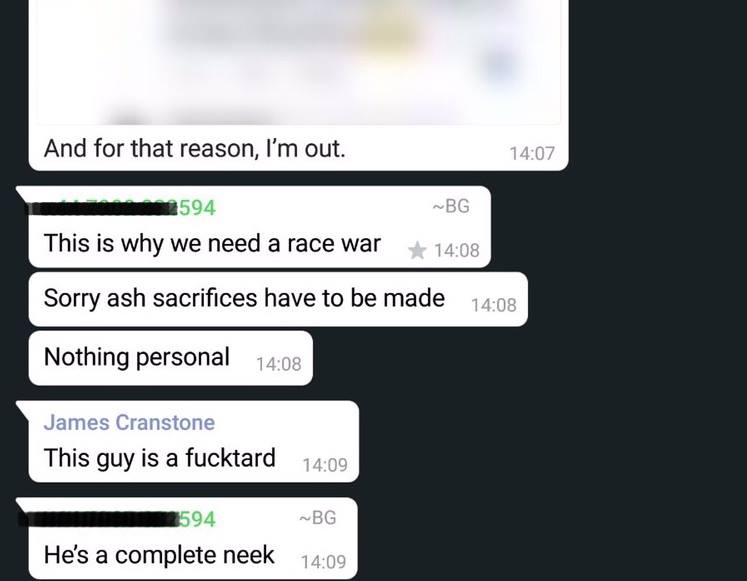 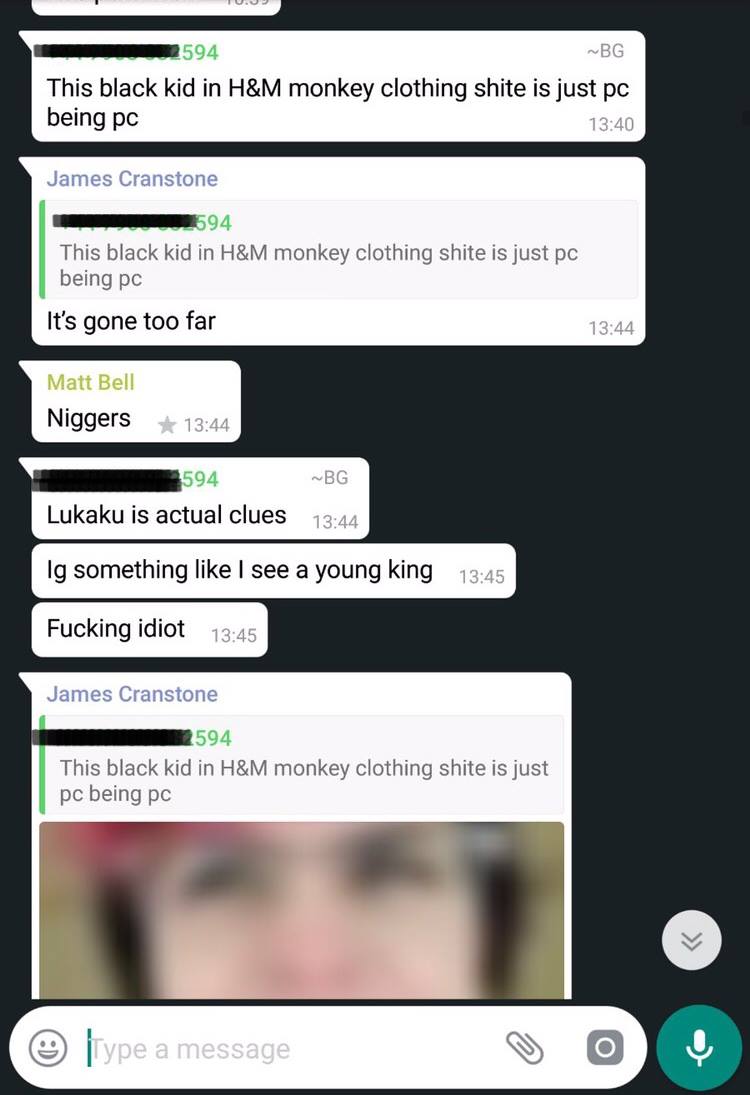 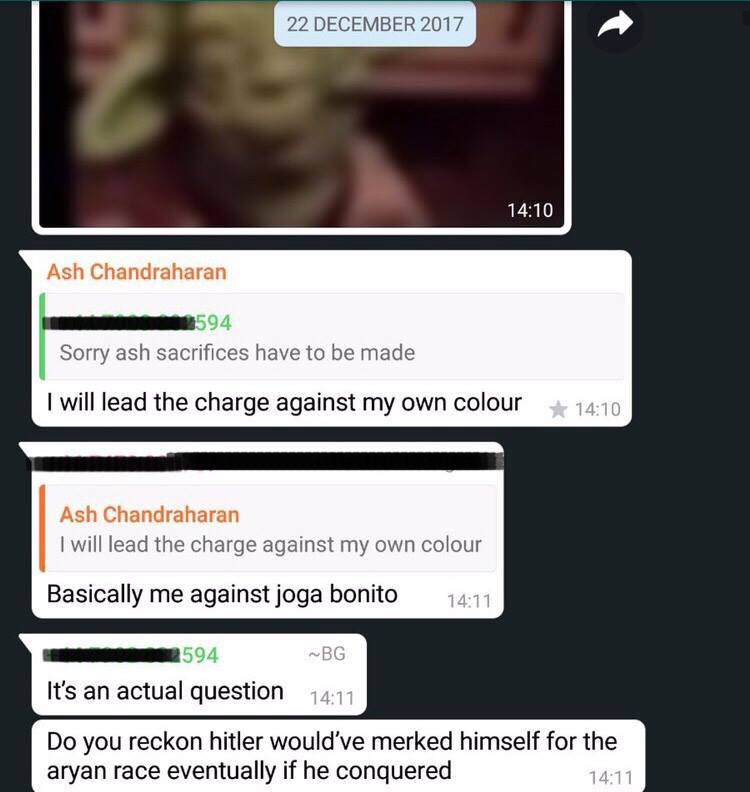 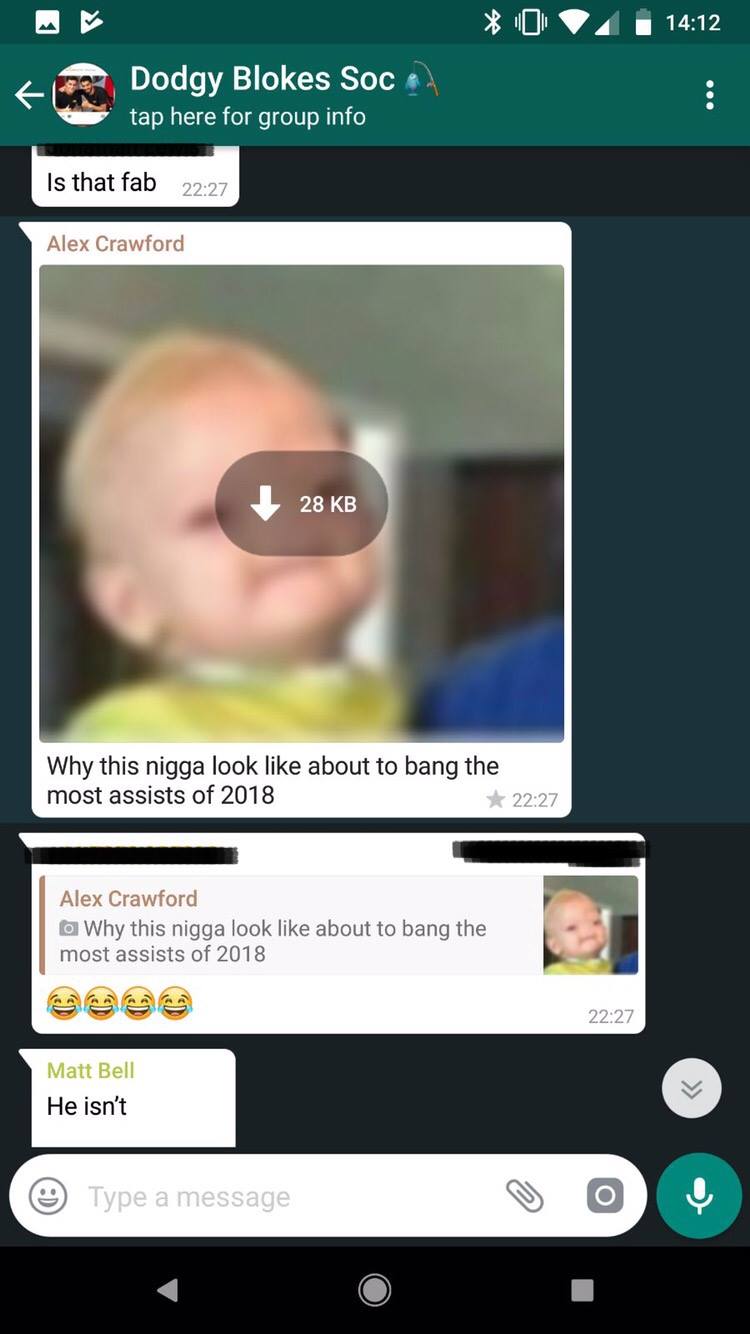 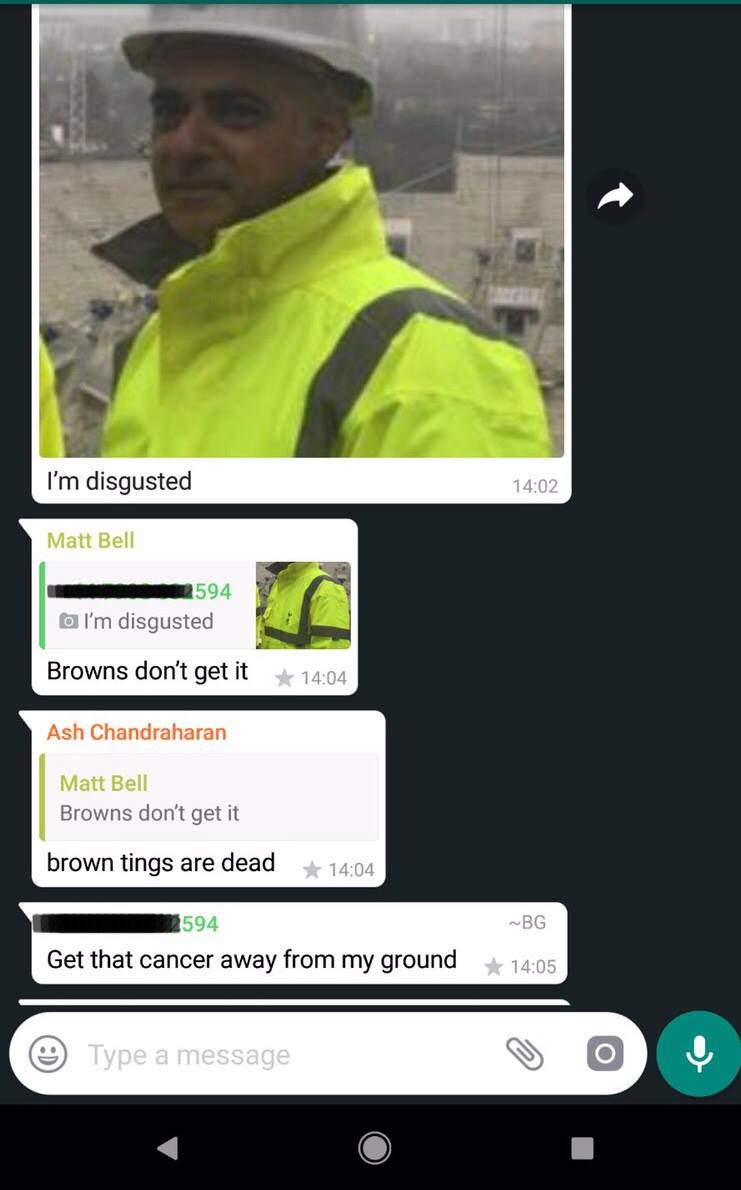 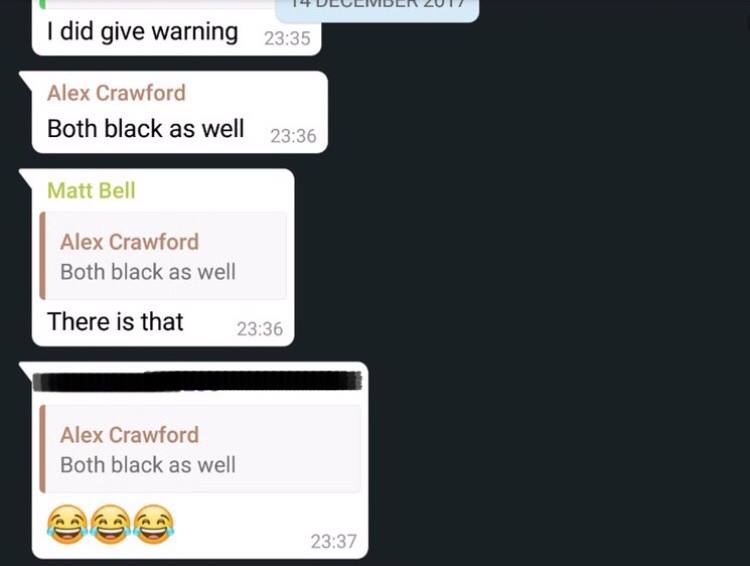 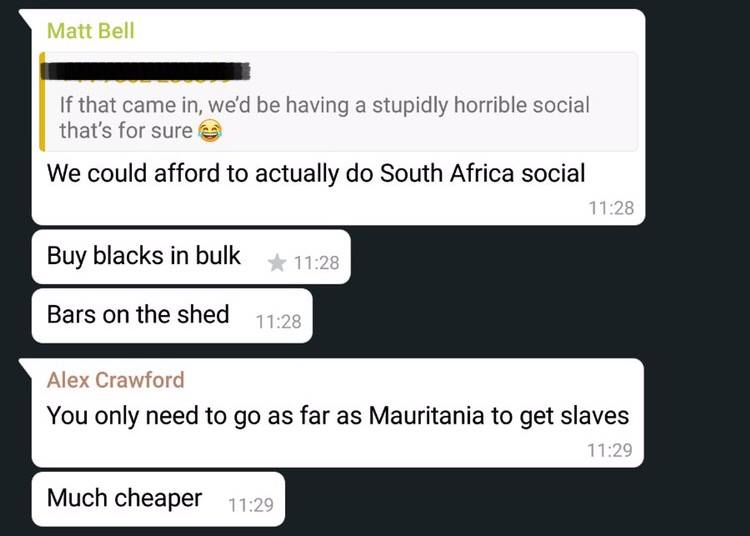 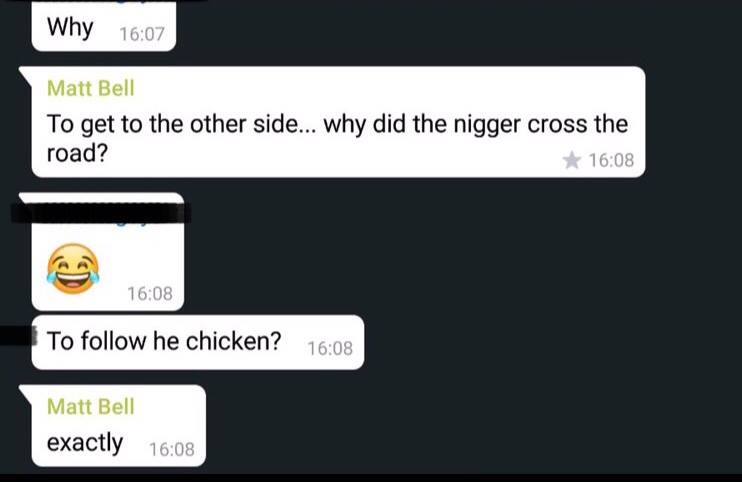 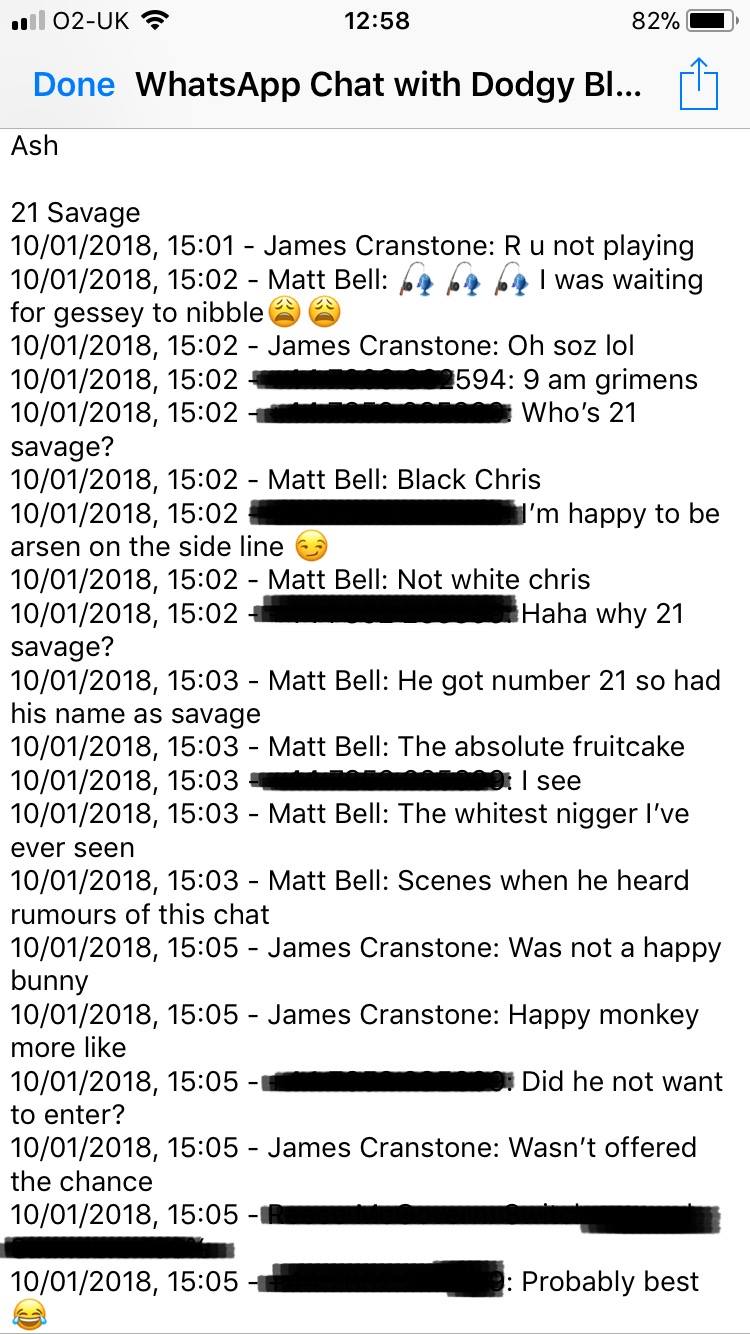 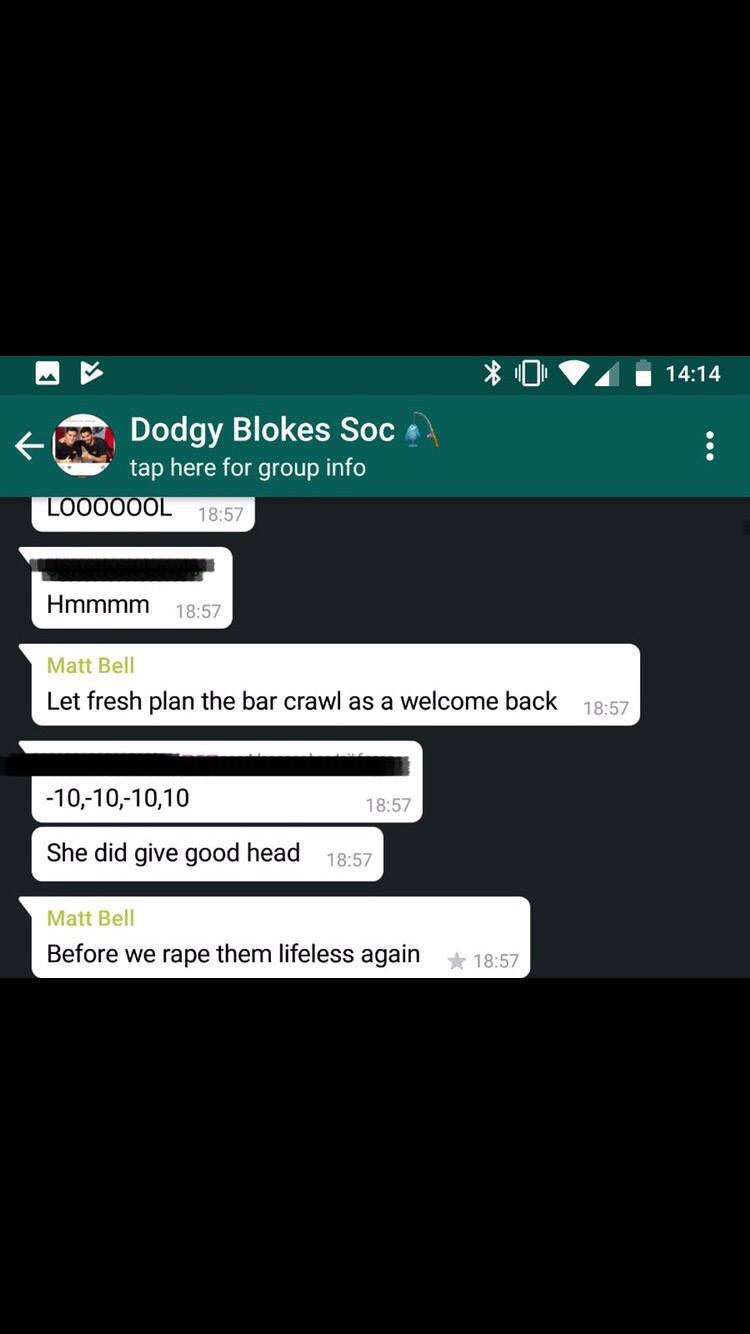 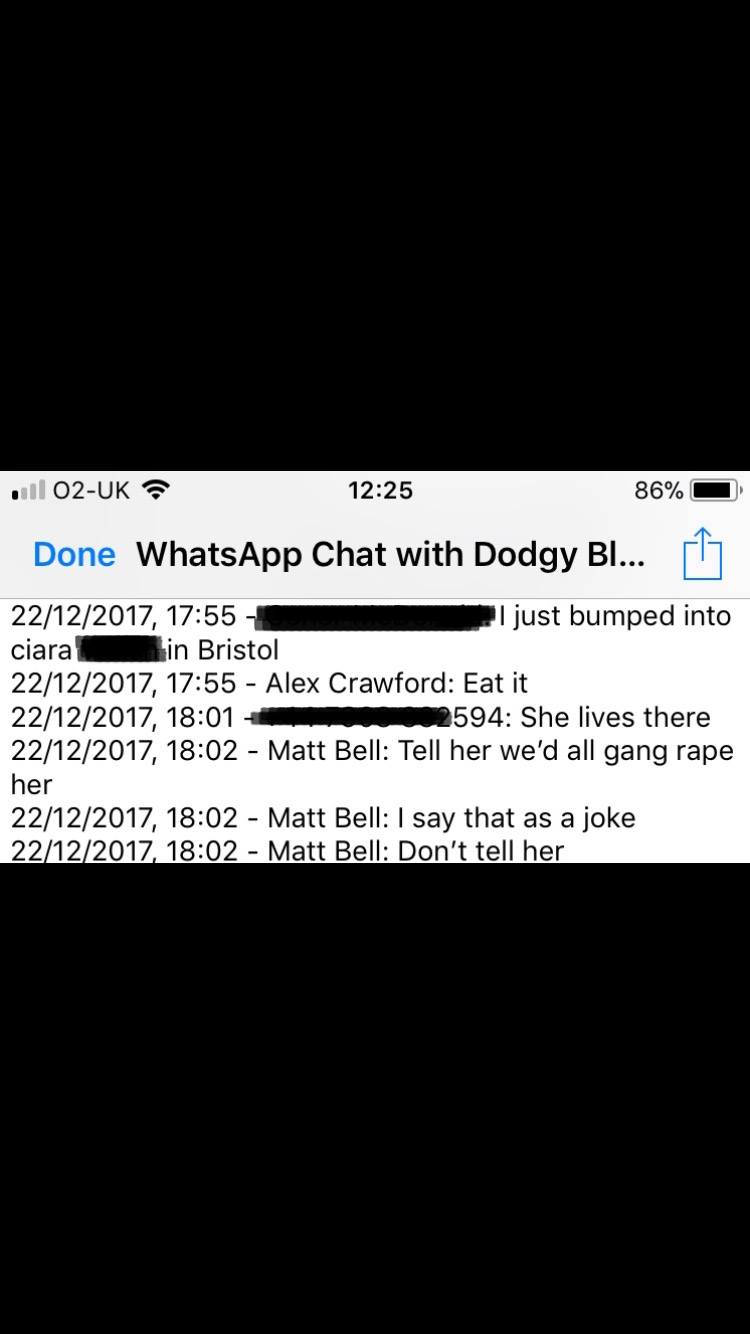 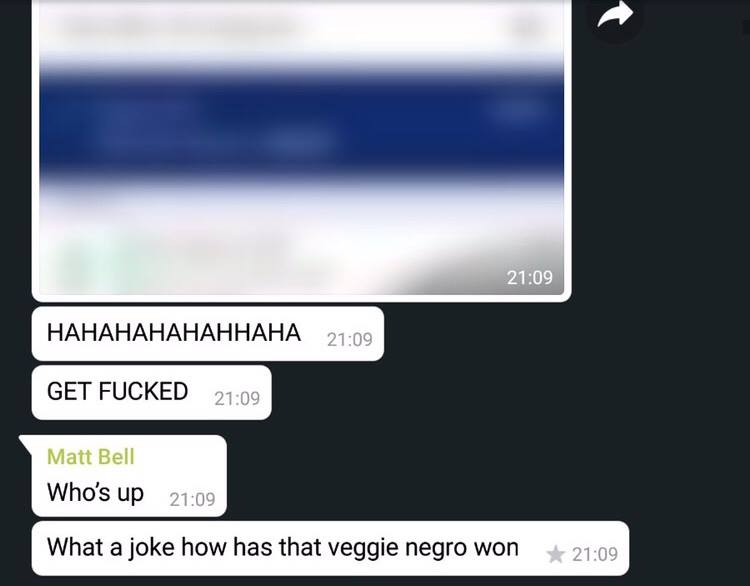 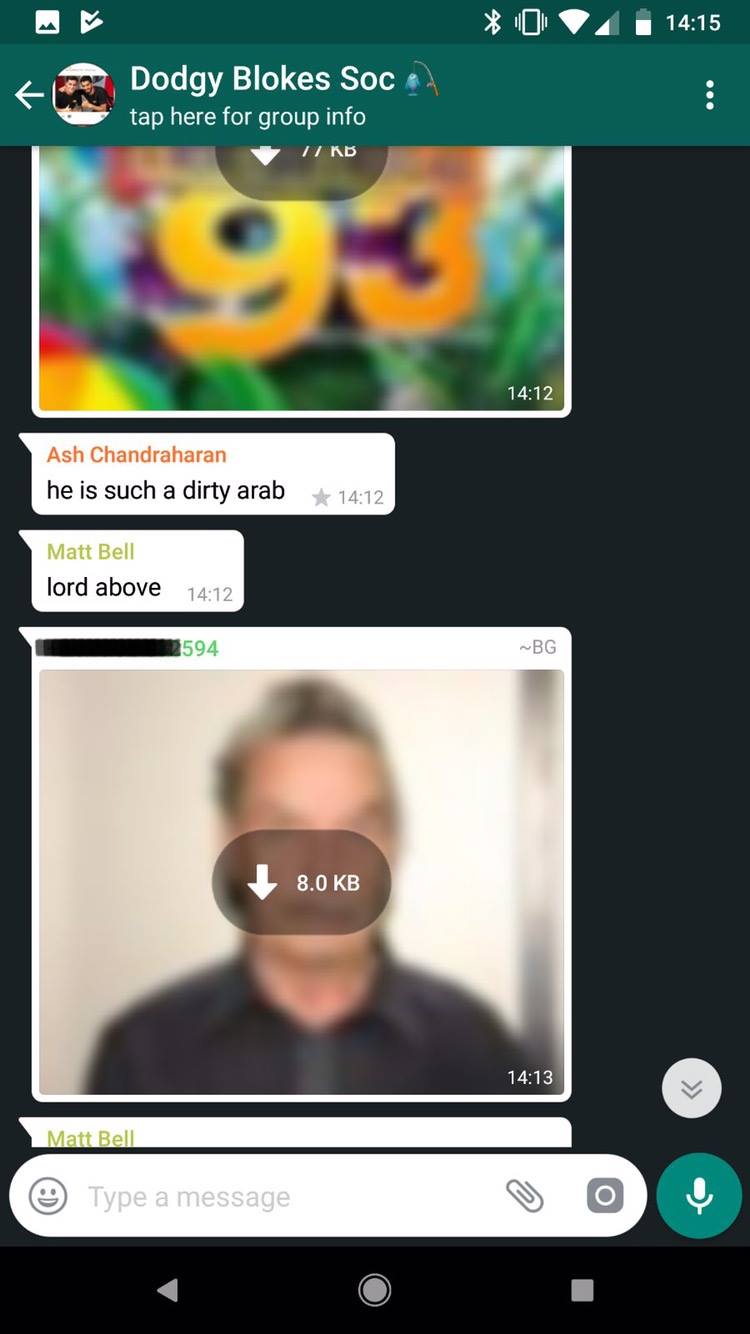 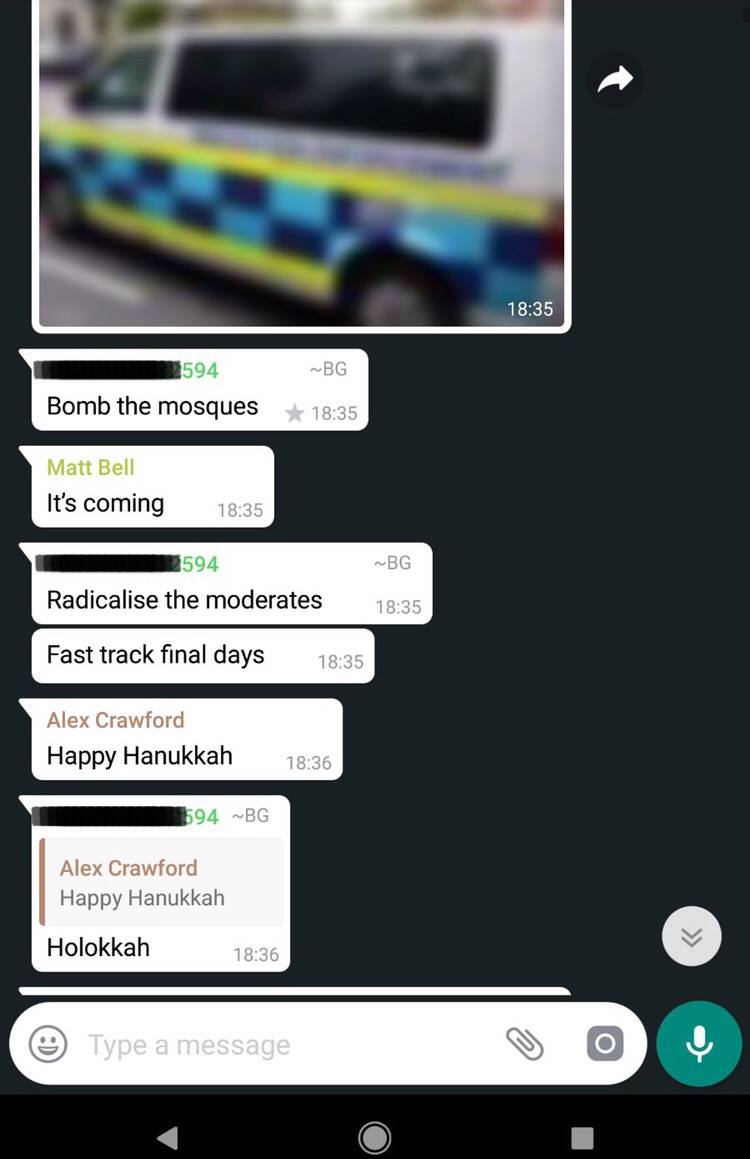 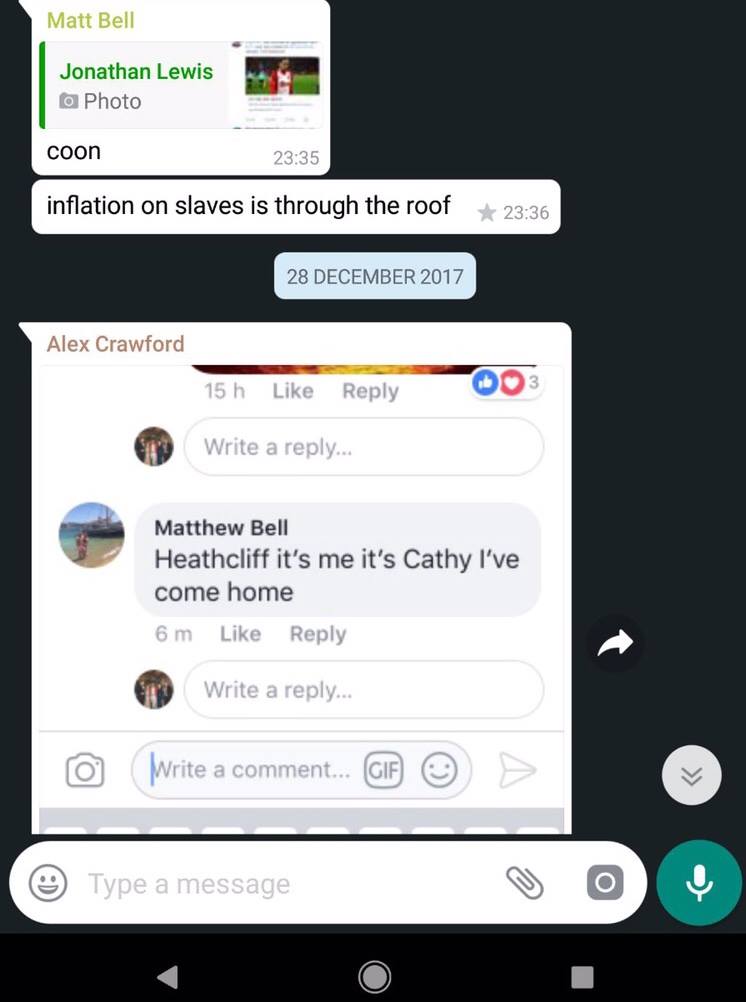 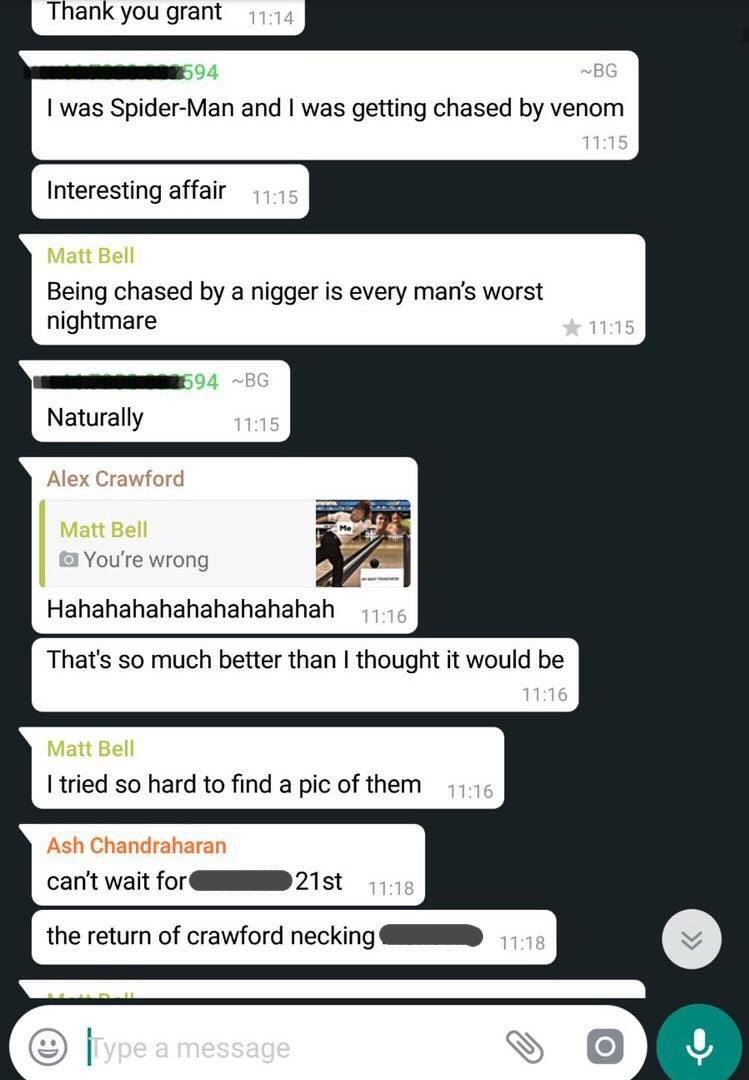 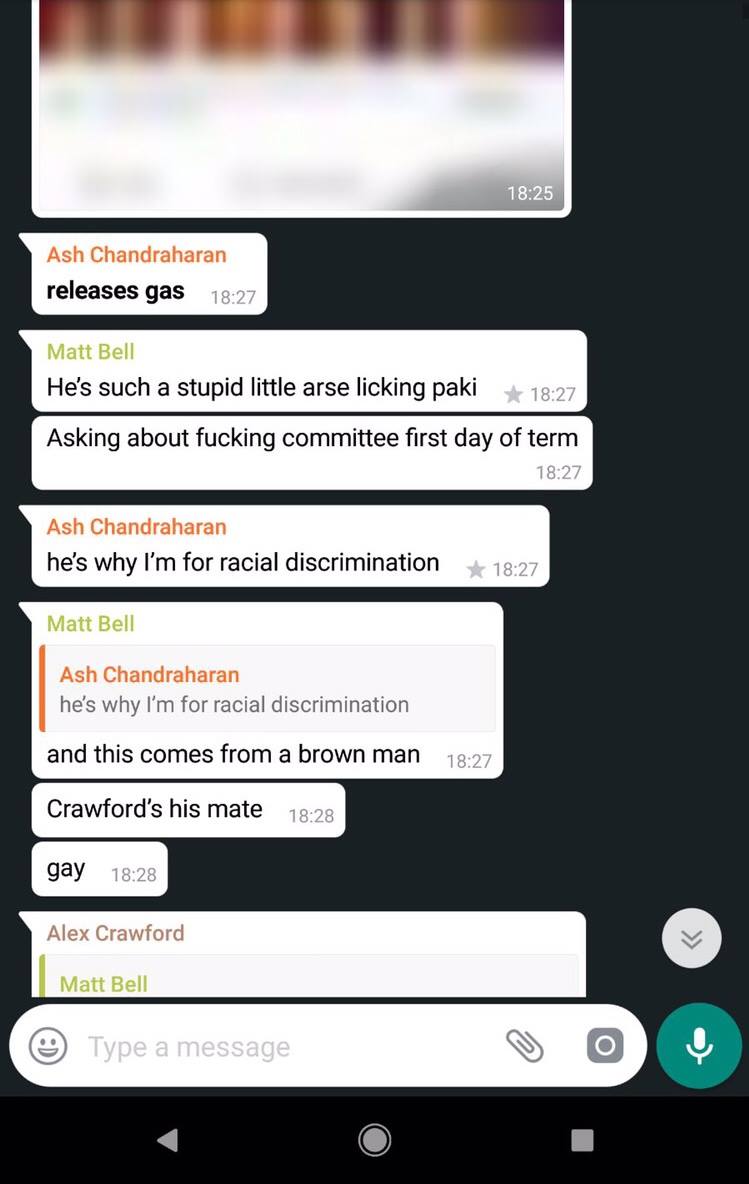 by Tanya Mwamuka It seems that 2018 has been the...
Staff Picks