Logan Paul: Is filming a dead body too far? 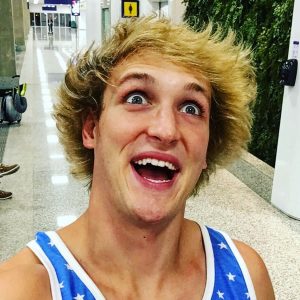 American youtuber Logan Paul shared an intense video with his fanbase of over 15 million subscribers. The video showed him going into Aokigahara, known to some as “suicide forest” in Japan. He walks through the forest looking for ‘scary’ and ‘haunted’ things and he happens to come across a body. Paul proceeds to show closeups of the body where he only blurs out the face and when someone off camera mentions that they don’t feel good, Paul is heard saying “What, you never stand next to a dead guy?” and laughs.

Logan Paul posted an apology on twitter apologising for his actions saying that “I’m often reminded of how big of a reach I truly have & with great power comes with great responsibility… for the first time in my life I’m regretful to say that I handled that power incorrectly. It won’t happen again”. He has had an out pouring of support from some of his fans but for the most part we have seen plenty of people criticising him for not having the foresight to edit that part out of the vlog or to even have been less crass with the way he dealt with the situation.

Mr Paul has stated in the video that he has opted to turn off the money making option for that video. He said that his intention was to raise awareness of suicide and “make a positive ripple on the internet, not cause a monsoon of negativity.”

Whilst some people have called on the YouTube community to take action against the video, others have been more worried about the fact that Mr Paul’s fan base consists mainly of young children who have now watched a man they admire make jokes about suicide and death.

It begs the question, how far is too far? What will people do for money, for fame, for views? Most importantly, when do we as the pubic decide that enough is enough. Should stop allowing people to monetize off of people’s pain, or is it just another facet of human nature?

In light of the recent Coronavirus pandemic, mental health...
Coronavirus

The British government is being called to investigate the...