Following 2016’s shocking electoral twists and turns often ending up favouring the so-called ‘populist’ right, the past year can be seen to have heralded some semblance of business as usual. Some suggested at the start of 2017 that the various European elections represented mere ‘dominoes to fall’ to insurgent far-right parties in the wake of victories for Donald Trump and the ‘Leave’ campaign in the USA and the UK respectively. However, in many cases those in the centre and on the left have rallied to hold back the nationalist tide. 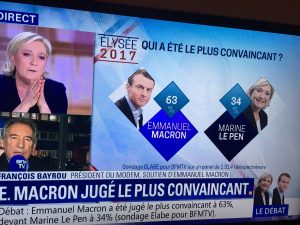 At the start of the year, elections taking place in France, Germany and the Netherlands were seen to be the key battlegrounds contested in Europe. In addition, UK Prime Minister Theresa May’s surprise decision to call a snap general election provided another opportunity for the political right to gain ground. In the Dutch and French elections, however, positive early polling for radical right parties soon gave way to disappointing electoral results at the hands of centrist parties. Geert Wilders’ Party for Freedom (PVV) lost out to the liberal-conservative People’s Party for Freedom and Democracy (VVD) in the case of the former, while the latter concluded with Marine Le Pen of the National Front (FN) being comfortably beaten by Emmanuel Macron in the second round of voting. In the UK, meanwhile, the Conservative Party’s overall embrace of Brexit encouraged by May did not yield success at the ballot box, as the party failed to secure an overall majority despite expecting to win comfortably. In Germany there was solace to be found for the Far-right, with Alternative for Germany (AfD) winning a substantial proportion of legislative seats despite a traditional lack of success for such parties in the country’s recent history.

Taken together, these results suggest that the populist right’s battle for political supremacy is likely to rage on for the foreseeable future. The electoral events unfolding over the past year in Europe suggest that the right’s ascendancy is far from assured. Many such parties experienced what can only be described as failures given the high expectations set by the previous year’s breakthroughs. Indeed, many members and supporters of centre and left-leaning parties may rightly feel more assured of their continued political longevity than they would have a year or so previously, in the face of Trump, Brexit, and the ominous-looking polling figures for their own national elections. 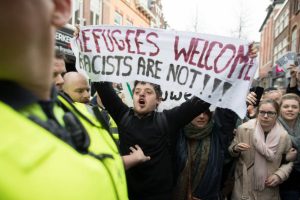 Yet nor does this right-wing phenomenon show any signs of letting up. The rise of the AfD at the expense of both of Germany’s major parties represents a remarkable breakthrough, while even disappointments for Le Pen and Wilders can only be considered as such in the context of a far-right surge; they still mark much stronger performances than were the norm for far-right parties a few years previously. The presence of these parties is also reflected in the shifting rhetoric of apparently ‘mainstream’ parties. While May’s Conservatives position themselves as unashamedly pro-Brexit, the VVD announced its support for a burka ban, thereby legitimising ideas which were once excluded from the political agenda. Looking back at 2017 can therefore tell us that despite not always having the rub of the green, the  populist right will not back down without a serious fight.

Shamima Begum, born and raised in East London and...
Politics

Arsenal F.C. claim they wish to be an apolitical...