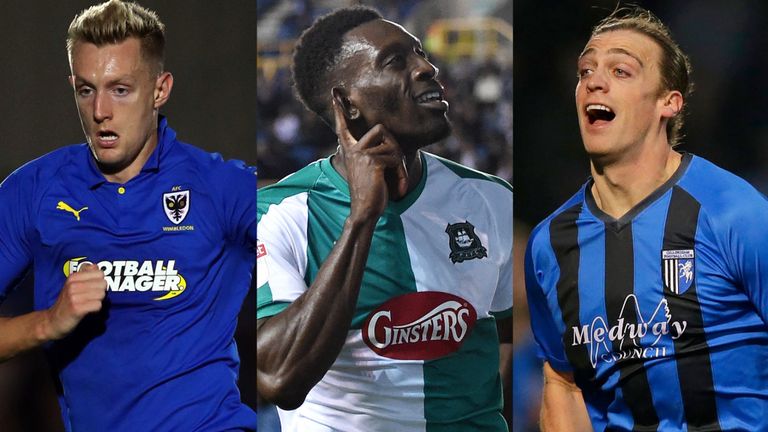 With just seven games to go until the end of the season, there is still somehow 13 teams that could face relegation from English football’s third-tier. Will there be time for some final twists and turns?

You’ve heard of the promotion run-in, the top four clash, mid-table obscurity, or even the dreaded relegation battle. But there are relegation battles and then there’s League One. In what can only be described as a sort of ‘last man standing’ type of season, even at this late stage, any side in the bottom half of the table could realistically be relegated to League Two. A 24-team league, there are currently only 11 points separating Gillingham in 12th and bottom of the table Bradford City, who are on 36 points. Between Walsall, who currently occupy the final relegation spot and Gillingham, there are just five points.

To say League One has been ‘up for grabs’ this season would be an understatement. Much like what the Championship has become known for in recent years, it has very much been a case of anyone being able to beat anyone. You only need to look at Plymouth Argyle – who were bottom in October with just one win, but are now up to 14th – to see how volatile the division’s form book has been. By contrast, Rochdale, who now find themselves third from bottom, were 9 points clear on Boxing Day. It really is anyone’s guess on what happens from here.

The nature of the division means that the upcoming round of fixtures now brings with it some huge games, but this weekend is certainly one to watch. 8 of the bottom half are all in action against one another, meaning the table could have a completely different feel to it come Sunday.

Southend United and Shrewsbury Town face off at Roots Hall, with both teams hovering just above the relegation zone on 42 and 43 points respectively. In any other season this would be classed as a ‘relegation six-pointer’, but it could prove even more valuable this time. AFC Wimbledon will also look to continue their recent resurgence at Scunthorpe, knowing a win could bring them level to Southend and keep them in the relegation zone on goal difference alone.

Finally, Oxford against Wycombe and Gillingham vs Rochdale are the other games to look out for. While each of these sides has a bit of breathing space between themselves and the drop, they will know full well that any slip-ups will drag them well and truly back into the mix.

Looking at the table now, realistically this could all go down to the final day of the season. Certainly for Walsall and Shrewsbury fans, who meet on 4th May; their season could be defined by this 90 minutes of football. Accrington Stanley are arguably in the best position, as they have two games in hand on most of their rivals around them. The first of these on Wendesday is a difficult match up with promotion-chasing Sunderland, but their game against Rochdale is simply a must-win.

The big fixtures come thick and fast for Shrewsbury too, who after this weekend face a relegation double-header with Scunthorpe and then Gillingham. Even the most optimistic of fans may become concerned if they come out of these three games empty handed. In truth, the only side who look certain to be relegated is bottom of the table Bradford City, currently six points adrift of safety and still facing difficult games against Doncaster Rovers and Coventry City.

Whichever four teams do go down this season can count themselves extremely unfortunate and know that in virtually any other season they could have well stayed up quite comfortably. The old adage of ’50 points’ being the safety mark is on course to be well and truly smashed this year.

England Shine Amidst Racism in Montenegro