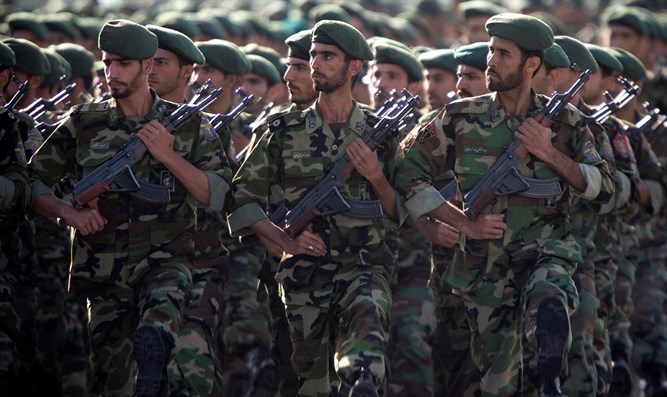 US President Trump’s decision to carry out a military strike against a high-ranking Iranian official has caused great concern, sparking rumours of a “world war three.” However, the state of political hostility between the two countries, known as a cold war, has been going on for years – Trump’s decision was simply an escalation of ongoing tensions.

According to CNN, there was a debate within the administration leading up to the strike, for fears that killing Soleimani would lead to “dramatic and unpredictable escalation.” Arguably, this does seem to be the case, as Iran’s ambassador to the United Nations (UN) has reportedly said that the US “has started a military war by an act of terror,” and that Iran “has to act, and we will act.”

However, the general had a tremendous influence on Iraq as well as Iran – Iraq’s parliament hit back on Sunday by voting to expel U.S. troops from the country. This could mean that, according to the Los Angeles Times, more than 5,000 U.S. soldiers and an “unspecified number of contractors” currently stationed in Iraq are removed.

Sunday also saw “hundreds of thousands” of Iranians turn up to Qasem Soleimani’s funeral, and at least three rockets landed near the US embassy in Baghdad late on Sunday night, according to The Telegraph.

Some of his comments included: “Iran is talking very boldly about targeting certain US assets as revenge for our ridding the world of their terrorist leader who had just killed an American, and badly wounded many others, not to mention all of the people he had killed over his lifetime, including recently hundreds of Iranian protestors…”

He also tweeted: “Iran will never have a nuclear weapon!”

Trump’s unique way of expressing the majority of his views and reasoning out his decisions on social media, results in more engagement online – it contrasts greatly with when former US President Obama ordered the killing of Osama bin Laden. Views on the current world-wide tension differ – social media users have labelled the situation as “world war three” – some, in jest. However, others have pointed out the seriousness of the situation.

Twitter user Tahla Malik tweeted: “I hope and pray that there will be no WW3 because war is not a joke. War is not a meme, war is not friendly #WorldWarThree.”

British Prime Minister Boris Johnson spoke out on Sunday 4th January – asking for “de-escalation from all sides” and that “we will not lament” the Iranian general’s death because he was “responsible for a pattern of disruptive, destabilising behaviour in the region”.

This conflict can be difficult to understand if you are unaware of the history, which spans roughly 65 years. It started in 1953, when the CIA from the US and intelligence services from Britain conspired to overthrow Iran’s democratically elected prime minister Mohammad Mosaddeq – they started a, now infamous, coup.

The foreign secretary of Britain was Sir Anthony Eden, who according to the Guardian, regarded Mosaddeq as a “serious threat to its strategic and economic interests” because the Iranian prime minister had nationalised the British Anglo-Iranian Oil Company – also known as BP. This is still given as the main reason of Iranian mistrust towards the Western powers Britain and US, and the overthrow of Mosaddeq’s consolidated rule of the US-backed Shah of Iran – Mohammed Reza Pahlev, for the next 26 years. Official documents revealed that Britain and the US described Mosaddeq as one of the “most mercurial, maddening, adroit and provocative leaders with whom they [the US and Britain] had ever dealt”.

However, on the 16th January 1979, the Shah was ousted after months of protests and strikes against his rule – which led to Islamic religious leader Ayatollah Khomeini returning from exile. After a referendum took place, the Islamic Republic of Iran was proclaimed on the 1st of April.

As history continued to unravel, momentous events shaped the relationship between Iran and the US as well as Britain – such as the US embassy hostage situation (1979-81), and ongoing Western fears about Iran developing nuclear weapons.

You can read a brief overview of the history of the Cold war, here.

In light of this, the steps that President Trump takes are especially important, as an escalation of the current situation could have an effect on politics, the use of military weapons, and the civilians of the different countries that are involved.