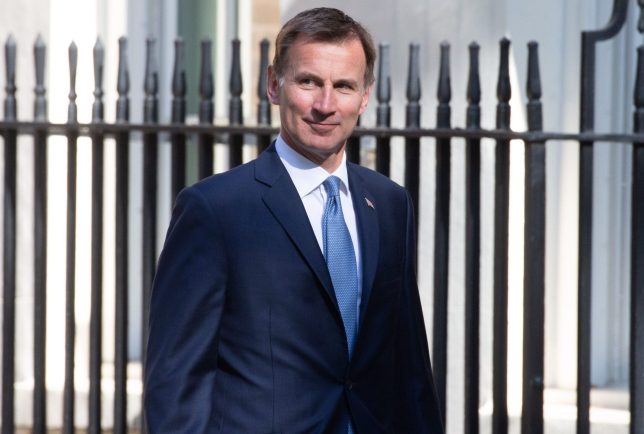 Hunt has spoken openly (on a podcast this Sunday) about wanting for the legal limit for women to choose to have an abortion to go from 24 weeks to 12 weeks.

This comes at a time where the Alabama Abortion Laws caused worldwide outrage. It comes where women feel their bodies are being controlled more than ever.

The former Health Secretary from 2012 to 2018 has since been branded a misogynist. He has also been highlighted for his hypocrisy by Labour MP Jess Phillips:

“Did this one say he was a feminist, it’s hard to keep up with those on drugs and who pretends to care about women. Jeremy Hunt how about we base this on evidence and science and keep what you think is best based on no experience out of this.”

Interestingly, there are small sections of the internet that agree with Hunt’s views calling abortions “Infanticide and Gendercide.”

Northern Ireland allows abortion in cases of physical or mental health risks. Poland currently permits terminations when the life of the foetus is under threat, when there is a grave threat to the health of the mother, or if the pregnancy resulted from rape or incest. In Malta and Andorra, abortions are prohibited in all circumstances, whereas in Cyprus women can have an abortion up to 28 weeks into a pregnancy.

Interestingly nearly every EU country has 12-week limits on abortion, so what is Hunt saying that’s different?

This abortion conversation in the wake of the Alabama Abortion Law is exacerbating the divide between political parties and genders. The world is becoming more and more segmented by political tribes.

Reproductive freedom is still on the agenda after Alabama and Northern Ireland (where abortion is still illegal).

Hunt stood true to his word, irrespective of those who agree with him or disagree, he is entitled to an opinion. An opinion is an opinion, unless it becomes law then it becomes a matter of understandable concern.

Hunt is a man and has no idea what it is like for a woman to have an abortion, does this mean he should have no say on the matter? Like most men, he is being ushered into a veil of silence.

Should everyone have the right to air their opinions? With such contentious debates surrounding abortion it will bring about a lot of anger. In a world where women are continually being policed, and white men are continued to be regarded as the enemy. Perhaps its time we let women decide what to do with their bodies.