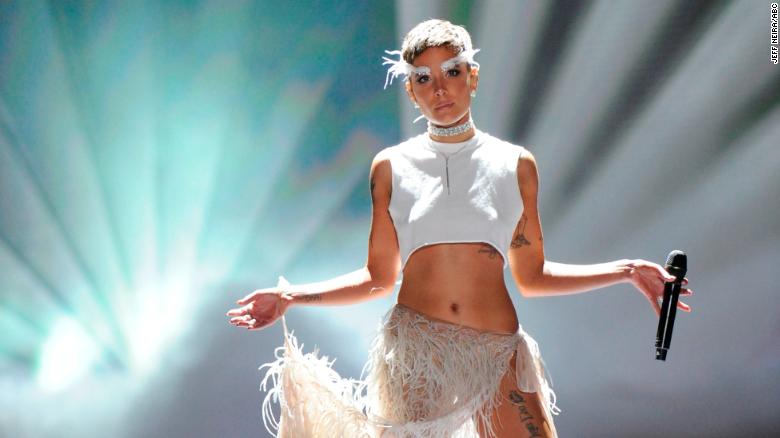 Ashley Nicolette Frangipane, better known to her fans as Halsey, has spoken out after the Victoria’s Secret fashion show aired. Halsey performed at the show which was recorded last month on November 8th and aired on December 2nd.

In the time between the recording of the show and the show being aired one of Victoria’s Secrets chief marketing executives Ed Razek and Monica Mitro, the executive vice president of public relations sat down with Vogue magazine and addressed why the Victoria’s Secret show hasn’t featured plus sized models or transgender models. Razek said “I don’t think we can be all things to all customers. It is a specialty business; it isn’t a department store”. In talking about why the show had not included plus sized models in the past he said that they had tried it 18 years ago and “no one had any interest in it” and that they “still don’t”. He said that he asks himself about the “reason” behind their actions before making decisions “Did we include them because it was the right thing to do or because it was the politically correct thing to do?”

Razek went on to address the lack of transgender models in the show while addressing some of the backlash the show has received in the past saying “Shouldn’t you have transsexuals in the show? No. No I don’t think we should”. He went on to say “Because the show is a fantasy. It’s a 42 minute entertainment special”. Of course Razek’s comments received massive backlash on social media with many people vowing to boycott the show and the brand itself.

The brand has since issued an apology on twitter stating that the comments came across as insensitive and that whilst they have had transgender models come to castings, none have made the cut yet and the statement clarifies that this isn’t due to gender.

Model Kendall Jenner who had just made her return to the Victoria’s Secret show seemed to shade Razek’s comments on her Instagram story with a post that said “Celebrate trans women”. Caitlin Jenner openly transitioned from male to female in 2015. Rihanna was also seen liking comments that praised her brand Fenty x Savage whilst critiquing Victoria’s Secret for the comments and lack of inclusivity.

Halsey took to Instagram to make it clear to her fans that she has “no tolerance for lack of inclusivity” and that “complete and total acceptance is the only ‘fantasy’ she supports.” She expressed that the show has been something that she has adored since she was young” and added that “as a member of the LGBT+ community, I have no tolerance for a lack of inclusivity. Especially not motivated by stereotype”. She also asked that people donate to GLSEN (the Gay, Lesbian and Straight Education Network – pronounced glisten). She stated that GLSEN are “an organisation that offers services aimed at protecting LGBTQ+ youth” She also made a donation in honour of “those youth targeted by these comments in a world where they have been made to feel ‘other'”.

Halsey’s performance at the show can be watched here:

May V Corbyn: Is There Really Anything to Gain From a TV Debate?