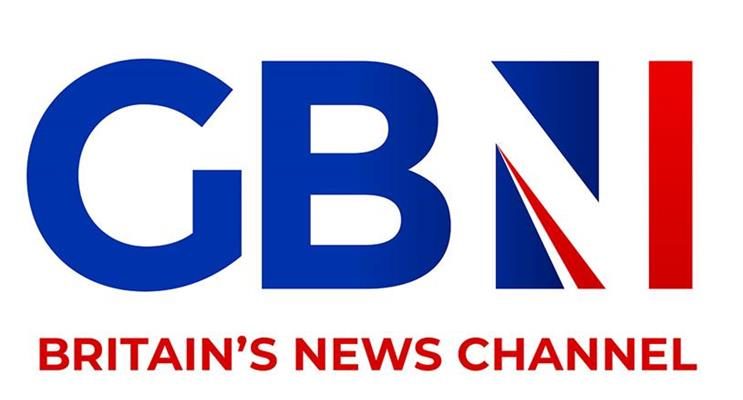 GB News was launched on 13th June at 8 pm and has been in the headlines ever since its launch.

Andrew Neil, who is the chairman of the channel, delivered the channel’s opening statement by saying that “we are proud to be British- the clue is in the name” and that GB News would have “passionate presenters with strong, heartfelt personalities and a flair and sense of humour.” On its opening night, GB News peaked at 336,000 viewers, and it had outperformed the 100,000 who watched BBC News in the hour and the 46,000 who watched Sky News. The channel has kept its high ratings ever since it has gone live, with GB news providing a mix of news, analysis, opinion and debate.

Some people have described GB News as right-leaning and similar to Fox News in the United States.

But it hasn’t been the smoothest two weeks for GB News as it has experienced lots of technical issues.

Neil Oliver was one of the many people on the show that had experienced problems with their microphones. Trolling has also occurred from viewers, which provoked a reaction from Simon McCoy, who said to the pranksters to “grow up.” In addition, Ikea, Kopparberg and other companies have pulled out their promotions on the channel and have suggested that GB News doesn’t align with their values. This boycott sparked a response from Neil as he delivered a monologue regarding advertisers pulling out of the channel.

GB News received complaints from Ofcom after Dan Wootton’s comments over the then-rumoured delay to England’s lockdown easing. He said that “it’s clear now that there is a move among some public health officials and politicians to create an ultra-cautious biosecurity state, copying the likes of China.” Wootton’s comments received 373 complaints from the broadcasting regulator.

Despite some issues arising on the channel, some people believe that the channel could become a success.

Nigel Farage wrote a comment piece for the Telegraph saying that “GB News will not shy away from the uncomfortable conversations Britain needs to be having.”

Stewart Lee wrote for the Guardian suggesting that it would be “dangerous for sneering woke liberals like me to write GB News off.”

But what is important is to understand what our journalists at Common Sense think about GB News and if the channel has been a success or a flop since its arrival.

Since its launch, GB News has got everyone’s attention, but not for the right reasons. Advertisers have pulled out, presenters have been unable to read off monitors, and the channel has experienced technical issues. GB News is a laughingstock, and it is most evident by Gbeebies and GBNewsFails trending on Twitter. Sixty million pounds was funded for this channel, yet those behind GB news cannot make the studios look appealing or double-check the spelling of a headline.

GB News may have had a large following on its opening night, but this will soon cease to exist once the hype around this channel dies down. People are tuning in to this channel to see the comical mistakes that the channel is making rather than actual journalism. And once the comedic value becomes repetitive, the general public will switch off and find a news channel that speaks about stories that matter. Already GB news is jumping on the culture war wagon with its “Woke Watch” segment, and this will probably alienate a lot of the general public that wants to hear why their living standards have gone down and why they can’t buy a house.

Independent and grassroots media are the ones that actively go against the establishment, present stories that matter and aim to please the people like ourselves at Common Sense.

Meanwhile, GB news does the opposite, consolidates the status quo and presents stories that please the elites.

It is probably fair to say that GB News, the UK’s new conservative TV channel, has launched to a somewhat mixed reception. Ask frontman Andrew Neil, and he may say the launch has been a great success but others swear by a visceral hatred that they will end the network. Last Sunday, an average of about 300,000 people, perhaps intrigued by the pre-launch fuss, watched the introductory programme he hosted. By Monday the audience for his 8pm show had halved, but that was still more than the 140,000 watching Sky News and BBC News.

Asked on Twitter how his primetime slot on the new GB News channel was going, he replied: “Well last night at 8pm my show out-rated Sky News and BBC News Channel combined. Next question.”The Telegraph derided the content as “unutterably awful; boring, repetitive and cheapskate”. Others criticised its claims of being “anti-woke” and unbiased as simply bias in another direction.

Meanwhile, a dedicated selection of trolls started texting in as “Mike Hunt”, “Mike Oxlong” and “Cleo Torez” (read a loud). In what was dubbed by Times Radio presenter Stig Abell as an excellent rendition of a “supply school teacher”, Simon McCoy told the pranksters to “grow up” and warned “I’m watching you”.

The launch also prompted the creation of a Twitter account, GBNews Fails, dedicated to the blunders. It amassed over 40,000 followers only two days after starting but has since been deactivated. That’s tens of thousands of people watching an on-air blooper reel, but watching GB News all the same.

It is clear to see that many have dedicated themselves to facilitating the failure of GB News. This group is loud but is not very many in number. In fact, those determined to undermine the success of GB News have cemented its place in the media landscape. In an attention economy, their focus on GB news, albeit for nefarious reasons still logs as a view and ensures the future success of this project

Should Travel Restrictions Be Eased for The Vaccinated?

Cryptocurrencies are a social phenomenon that presents a new frontier in global finance. ...