Immigration has been a hot-button topic in the U.S. for a while now. Before the Trump Administration, previous presidents have tried to walk the tightrope in regards to immigration policies. The Biden Administration’s goal is to make it easier for people to come to the country legally but to limit how many people go into the country at the same time. While President Joe Biden wants to be different than his predecessor, it appears he does not want to handle immigration directly. Instead, he has Vice President Kamala Harris, to do his dirty work. Her recent trip to Central America added to the notion that America does not know how to address immigration reform.

On her first foreign affairs trip, Vice President Harris went to Mexico and Central America to solve the migration issue. Since President Biden tasked her with spearheading immigration reform in March, she has yet to visit the southern border, garnering criticism from Republicans. During a press conference with Guatemalan leaders, she told migrants not to come to America. The statement met swift criticism from both Democrats and Progressives.

Critics of VP Harris’ statement found her at fault for such harsh rhetoric. Progressives such as Alexandria Ocasio-Cortez called the comment “Inhumane.” Other critics have stated that turning away asylum seekers is illegal. Harris’ press conference created confusion in the White House, where the Biden Administration has vocalized how they are trying to handle immigration as a whole. It clearly showed that there was some miscommunication between Harris and Biden. Harris’ comments and actions come across as disingenuous and further show how ill-equipped the government is in their handling of immigration reform.

Vice President Harris’ was not exactly wrong in what she said, more so in how she said it. Country leaders’ first and foremost priority is to protect their country and their citizens. Limiting people in and out of the country is not wrong; every country has that right. However, the Biden Administration does not want to come across as inhumane in protecting the borders either. Kamala Harris’ statement and thus her approach to immigration seems inconsistent with that messaging. Thus, Harris seems to be doing a disservices to the administration’s immigration agenda .

It can not be negated that immigration reform is one of the most complex issues facing the government. The grave issue seems to be no one knows how to solve the decades-long problem. One law does not accommodate the entire immigration system or fix issues set in place by previous presidents. However, if the American government were upfront and found a bipartisan approach to immigration, there would not be this fallout from horrible press conferences, and chaos at the border.

America needs to recognise its part in why migrants come to America for Asylum. For decades, American leaders contributed to regime changes. They aided their reign, leaving these migrants to live in volatile and dangerous environments. Migrants come to America because they want to run away from their difficult predicament. American leaders need to recognise that the change comes from working with political leaders in Mexico and Central America to improve citizens’ lives, and thus address immigration from the root cause. Additionally, at the bare minimum, Biden needs to give Harris a clear uniform direction so she does not have another embarrassing press conference. 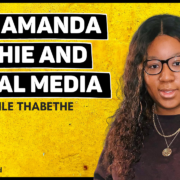 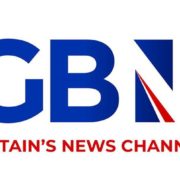