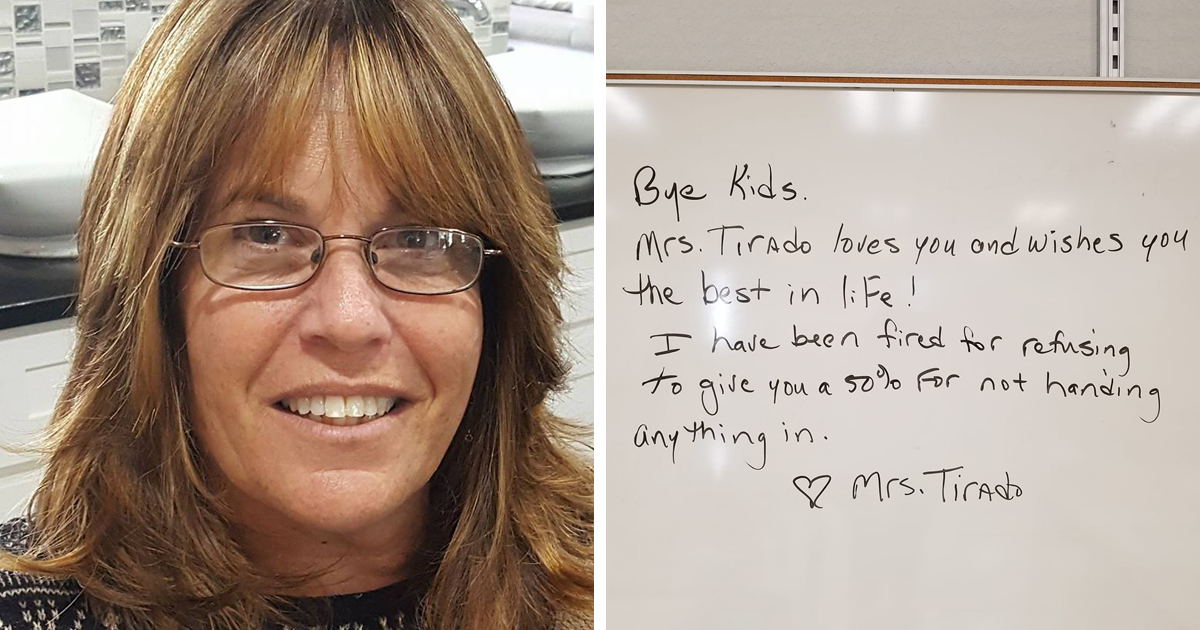 Should students who have not handed their assignments still be given a 50% grade for them?

A teacher in Florida is claiming that she lost her job due to the fact that she would not give students half-credit for assignments that they had not handed in.

52-year-old teacher Diane Tirado, posted a photograph on her Facebook page of a message she had left her students on a whiteboard letting them know that she had been fired. The post achieved viral status with over 1,600 shares in in less than 48 hours.

Tirado, who worked at West Gate K-8 School in Port St. Lucie, wrote “Bye kids. Mrs Tirado loves you and wishes you the best in life! I have been fired for refusing to give you a 50% for not handing anything in.”

Tirado had given students a notebook assignment and after the two-week deadline some students had still not given in the work it was upon grading the assignments that she was made aware of the school’s “no-zero” policy. A policy that requires teachers to give a minimum of at least 50% on all assignments. Tirado claims that when she enquired with administrators about what to do when students don’t hand in an assignment that she was told “we give them a 50” and that she was terminated for not complying.

The chief communications officer for St Lucie Public Schools, Kerry Padrick denied such a policy existing. Padrick stated that “there is no District or individual school policy prohibiting teachers from recording a grade of zero for work not turned in. The District’s Uniform Grading System utilises letter grades A-F, numerical grades 100-0 and grade point averages from 4-0”. Padrick went on to explain that the whilst Tirado’s claims about why her employment was terminated were false, the termination itself was very much true.

A statement released by the district to WPTV said that Tirado had been “released from her duties as an instructor because her performance was deemed sub-standard and her interactions with students, staff, and parents lacked professionalism and created a toxic culture on the school’s campus” they also added that though Tirado was only employed at the school for a short period of time “the school fielded numerous student and parent complaints as well as concerns from colleagues” and that “based on new information shared with school administrators an investigation of possible physical abuse is underway”

Is it fair for students who did not hand in their assignments to get 50%? Should this practice be adopted within schools in the UK? Or do we need a stricter system in the UK? 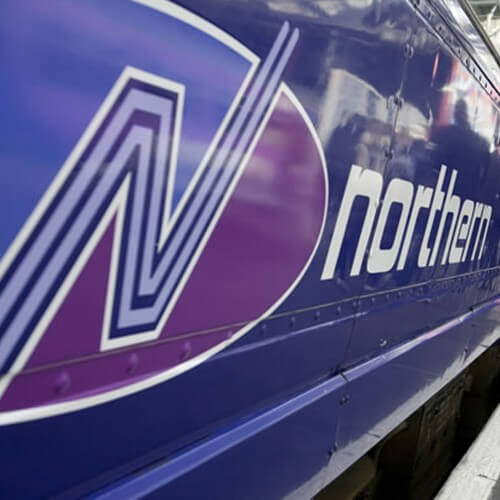