The Russia scandal that has raged on since before Trump was even elected is in some ways the very antithesis of Trump’s presidency. It has loomed forebodingly ever since Trump took office, never quite bringing him down no matter how many of his former associates are indicted, never quite going away no matter how many times Trump tweets “NO COLLUSION” in relation to the investigation. Leading the investigation is attorney Robert Mueller, who in many ways appears an anti-Trump: an unassuming bureaucratic figure in contrast to Trump’s pomp and showmanship. Put another way, the Trump administration and the Russia investigation to be in a kind of perfect equilibrium.

Such was the case, anyway, until the apparent defection of Trump’s lawyer and erstwhile ally, Michael Cohen. Cohen had long seemed the most loyal of comrades, gaining a reputation as Trump’s ‘attack dog’ during his ten-year affiliation with the president. He has a long history of threatening who have challenged or criticised Trump, as well as attempting to deal with his employer’s controversies himself, such as when he admitted to paying off adult film actress Stormy Daniels out of his own pocket for her silence over an alleged affair with Trump.

In May, though, Rudy Giuliani, another member of Trump’s legal team, confirmed that Cohen was no longer in the employ of the president. Since this revelation, it appears to many that Cohen is going out of his way to undermine his former boss, releasing information which is at best embarrassing, and at worst incriminating, to Trump.

Since his departure from Trump’s legal team, Cohen has leaked a recording of he and Trump discussing payment of more silence money, this time to former Playboy model Karen MacDougal, who it is also alleged had an affair with Trump. In the tapes, Trump allegedly proposes paying MacDougal off with cash, a suggestion which Cohen overrules. Such a recording, if proven, could potentially lead to legal issues for the president, exposing him to particular charges of fraud. Unsurprisingly, Trump has decried the tape and the story around it as ‘fake news’. 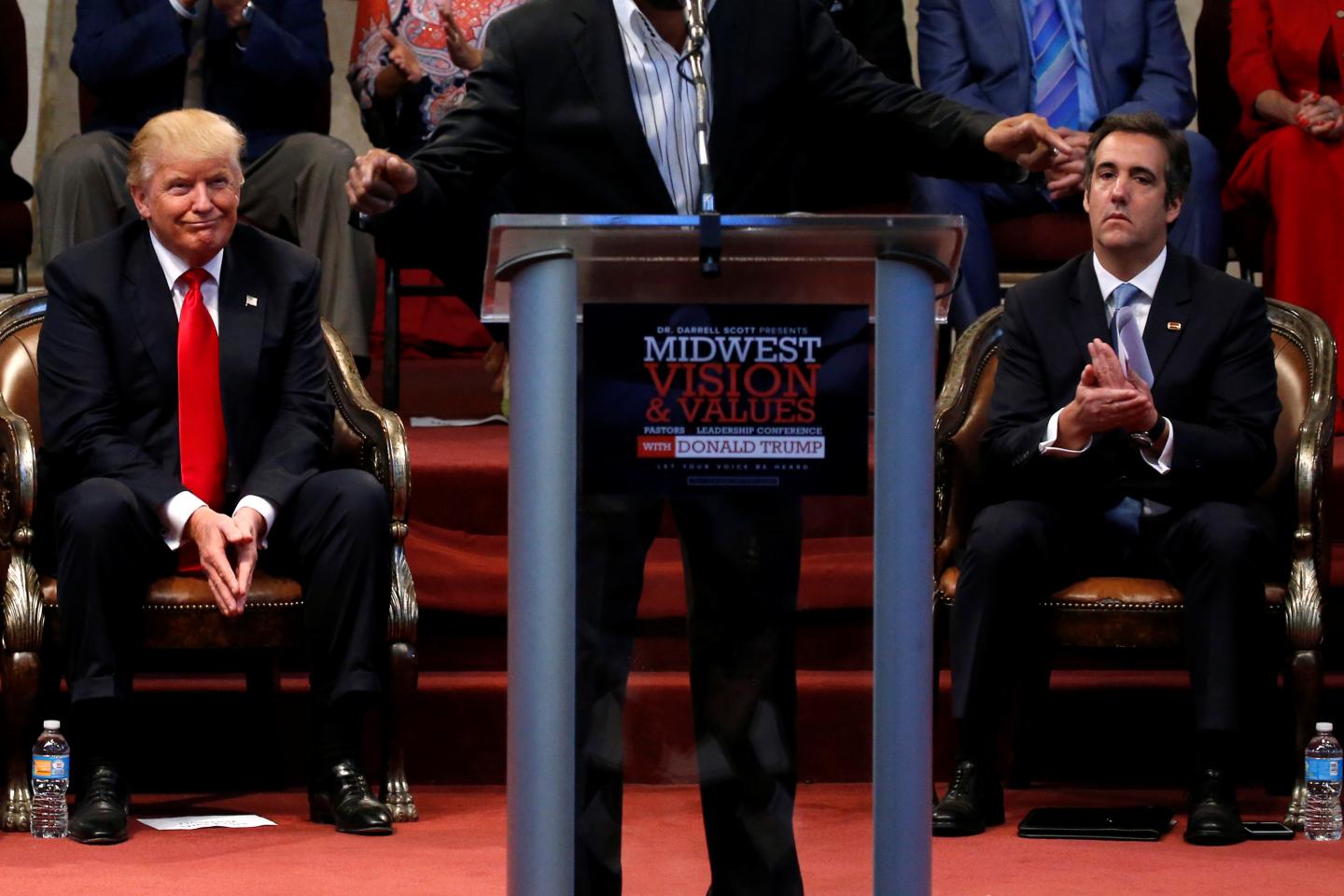 Just as seriously, Cohen has also claimed that Trump knew about a meeting with a Russian official who claimed to have offered ‘dirt’ on rival Hillary Clinton during the 2016 election campaign. Trump’s son Donald Jr and son-in-law Jared Kushner, among others, met with a Russian lawyer to help bring down the Clinton campaign. Trump had always claimed that he had been unaware of his family members attending the meeting, something which Cohen’s statement challenges. Whether Cohen’s testimony is useful to Mueller as proof of collusion remains to be seen, but it is certainly a distinct possibility.

Unsurprisingly, the response to Cohen’s recent actions has been met with fury from those in Trump’s inner circle. Trump has suggested he is falsifying his accusations in order to cover for his own misconduct, while in a slightly bizarre interview Giuliani compared Cohen to Shakespearean traitors Iago and Brutus.

Certainly, the suddenness with which Cohen has jumped ship has been dramatic, theatrical even. It certainly begs the question of what has caused this extreme transformation from fierce ally to informant in a matter of weeks. There is discussion of federal charges being levelled against Cohen as a result of the Stormy Daniels affair, which may lead him to agree a deal with prosecutors who could take a more lenient approach in return for information about Trump or his family. Some have speculated that Trump’s inability to stand by Cohen in the face of such charges helped to intensify the rift between the two men, speculation which has been fuelled by Cohen’s recent statement in an interview that he “will not be a punching bag as part of anyone’s defence strategy”.

Whatever the reason, Trump may have much to fear from Cohen being ‘flipped’ by prosecutors. As Cohen’s revelations suggest, his years working for Trump may have resulting in his being privy to much private information, and he could be in a key position to offer the inside track on some of Trump’s more dubious dealings. If this is the case, prosecutors may gain crucial evidence of Trump’s alleged collusion with Russia in the election campaign, or – perhaps more plausibly – obstruction of justice in the attempts to cover up the scandal. Cohen’s decision to defect and stick the knife into his former boss may amount to absolutely nothing in the context of Mueller’s investigation. Or, it may tip the equilibrium between the president and the scandal, and not in Trump’s favour.

Black History Has Already Been Erased Before… No More, I Say, No More

by Benedicta Denteh October is known as the month of...
General