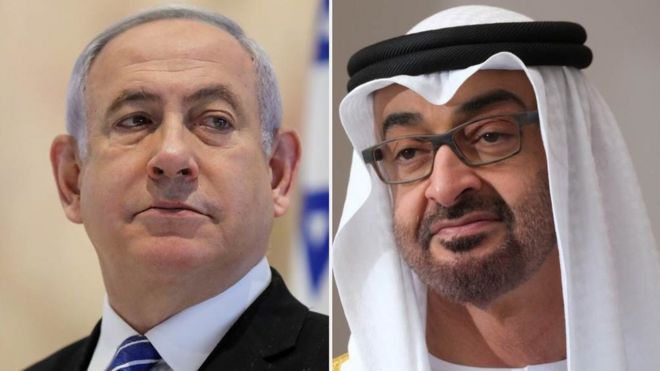 On the 13th of August 2020, the Abraham Accords were signed. The historic agreement between the UAE and Israel, brokered by the US, paves the way for the normalisation of diplomatic relations between the two nations. We take a look at similar past alliances to gain a deeper understanding of the agreement’s impact in the region and attempt to answer the age-old question, will this presage peace in the Middle East?

September 17th, 1978 – Egypt’s then-President Anwar Sadat, facilitated by the US President at the time, Jimmy Carter, signed a formal peace treaty with Israeli Prime Minister Menachem Begin at Camp David, Maryland. After countless failed military endeavours such as the six-day war of 1967, which saw Israel annex Palestinian land and surrounding regions such as Egypt’s Sinai Peninsula, the Camp David Accords sought to develop a ‘framework of peace across the Middle East.’

However, when stripping back the semblance of righteous intent, a set of more commercially motivated conditions comprise the heart of this specific agreement. The Camp David Accords purported that Israel return the Sinai Peninsula to Egypt in exchange for unfettered use of the Suez Canal – a piece of infrastructure that allowed access to cargo from the West, thus providing key strategic advantages to its users.

Despite including some measures to ensure the ‘self-determination’ of the Palestinians, Egypt’s controversial political alliance poisoned social harmony in the Middle East during the 80s and subsequently led to Anwar Sadat’s assassination in 1981.

October 26th, 1994 – the Jordan-Israel Peace Treaty delineated that no proxy conflict would be permitted on the respective lands. It additionally resolved border and water disputes and allowed for there to be more cooperation in tourism and trade. The settlement later unlocked a swell of American financial aid and intelligence.

The treaty further stipulated that support be provided to Palestinian refugees expunged from their native communities. This involved the creation of a four-way committee that ensured adequate aid was provided, and re-settlement plans were followed.

It can be seen from the very onset that both these alliances have common features. An element of tactical logic underpins both settlements, the US is always laterally involved, and protectionary measures (albeit not always adequate or functional) are incorporated into the negotiations so as to safeguard the rights of the Palestinians. Furthermore, this triad of similarities can be seen to emerge, with varying significance, in the Abraham Accords signed last Thursday.

Although the agreement is prefaced as peace-inducing and aims to establish regular diplomatic relations, it also offers the UAE underlying economic leverage. After announcing that it will work with Israeli intelligence companies on Covid-19 related research earlier this month, a partnership with Israel could potentially allow commercial synergies to develop beyond this. The burgeoning friendship will enable the UAE to further cultivate bilateral trade with Israel and strengthen its economy.

Donald Trump’s involvement in brokering the deal is another example of America’s contribution to Middle Eastern affairs. When evaluating the deal from an American perspective, it can be argued that Trump’s involvement stems from the pressure of the incoming US elections. Being associated with a historical peace alliance could enhance his popularity at the polls in November.

The final leg of the deal and the most contentious aspect of the entire affair is the right to self-determination of the Palestinians living in the region. Although one of the terms of the Abraham Accords is postponing the annexation of the West Bank, many believe this is merely a phantom promise. If anything, it can be regarded as an intermittent solution that somewhat reintroduces the idea of a two-state solution. However, the two-state proposition in itself is endorsed by very few – the majority of Palestinian campaigners are seeking complete self-determination and control over a region they believe is rightfully theirs.

Whilst the current agreement does somewhat emulate previous peace treaties, its overarching impact will be substantially different as political dynamics have since changed.

Although the UAE has received an onslaught of criticism from those who believe the country has shunned the issue of Palestine’s autonomy, the scale of the pushback is dwarfed in comparison to the mutinous attitudes expressed in 1978. The Camp David Accords came to fruition following three-centuries of conflict with Israel and subsequently led to Egypt being expelled from the Arab League – a political coalition of Arab states. Even though the Middle East is still mired in conflict, the reclamation of the Sinai Peninsula in 1978 continues to be looked upon by many as the most amoral political exchange at Palestine’s expense. The ensuing social discord and dissension formed the basis of a drawn-out period of volatility.

Despite receiving very similar criticisms, the Abraham Accords do not hold the same level of social meaning as the Camp David Accords or the Jordan-Israel treaty as the UAE is now the third country to formulate trade plans with the ideological state and accept it as an established country. For Palestinian campaigners, the steady yet repeated recognition of Israel, from its former allies, principally detracts from the sting of the initial negotiations.

Less condemnation from Arab states also indicates a reformation of regional associations. From its inception, Israel was historically considered the common enemy. Yet as countries in the region re-prioritise and embody new, more commercially motivated objectives over anachronistic unions, fresh spheres of influence begin to develop. The Abraham Accords, therefore, mark the dawn of a contemporary political era as power blocks across the continent are rearranged.

Notwithstanding the fact that it has long been preceded by similar deals, the recent UAE-Israel treaty is the first of its kind in over 25 years and will inevitably influence foreign policy in the Middle East. Whilst it espouses the key components of both the Camp David Accords and the Jordan-Israel Treaty, the predominant implications of the recent pact will go as far as transforming geopolitical relations throughout the world. The Abraham Accords can ultimately be considered a harbinger of changing times, however, the question of long-lasting peace in the region is dependant on whether the two states can honour the agreement and how future collective action will impact this new framework of relations. 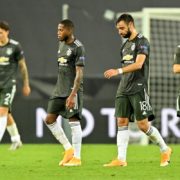