A Twitter spat between Candace Owens and Cardi B has saturated the political and entertainment sphere for weeks now.

On 6th September 2020, Candace Owens made scathing remarks about Cardi B whilst appearing on The Ben Shapiro Show.

She then tweeted “Since most black people didn’t have to admit @benshapiro was 100% correct about @iamcardib and how her music and platform contributes to the disintegration of black culture and values…here you go.”

Cardi B responded: “You wanna know why joe gotta talk to me Candice cause I have the #1 song & yet my sister can’t go to the beach in the Hampton’s wit out trump supporters harassing cause they were by themselves & Santa Claus was harassing my sis GF all because they are a Afro/Hispanic gay couple.”

Cardi B has 14.1 million followers on twitter compared to Owens 2.6 million, millions have been exposed to their argument, thus propelling them into the spotlight.

Owens is infamously hated by large parts of the Black community who see her as symbolic of the diversion away from the hive mindset in the Black American community. The Black community typically thinks in a monolith and assumes there is predominantly only one right way to vote, think, act and feel.

Owens in 2019 created the movement ” BLEXIT: The movement encouraging black voters to question the status quo”. to move away from the “Democratic plantation”. The status quo politically in America is one where Blacks vote for The Democratic Party.

“Black voters appear to be an almost monolithically Democratic bloc. In 2016, black Americans cast 24 per cent of Democratic primary votes — the largest share ever. And in the general election, 89 per cent of black voters supported Democratic nominee Hillary Clinton.”

The black vote is crucial and utterly pivotal to winning elections, Joe Biden recognises this and with his previous statement in May that if you vote for current president Donald Trump where he said to a black host “ain’t black.” Ultimately this screams to the notion of how Democrat leaders view black voters, unintelligent, assumptive and without political education. This needs to change.

On Monday 17th August Joe Biden was interviewed by Cardi B which leads us to another question; why do entertainers interview political figures? Joe Biden is in the presidential race and requires a challenge not a token feature with a well-renowned rapper, she is not what black America needs right now. It was strategic, they used culture to pacify black America, This highlights the culture of entertainment, whereas politics affects people lives, it has real-life consequences which will not be presented, explained or challenged well by an entertainer who has no political knowledge. Joe Biden could have and should have been interviewed someone who can challenge him.

Interestingly Owens did not have the same reaction when she supported Kanye West who has some equally deplorable lyrics such as Kanye West “I’m a sick f**k, I like a quick f**k, I like my d**k sucked.” Owens has drawn the moral line at where someone agrees with her politics with is disingenuous, but also it is morally inconsistent and it should apply irrespective if Kayne or Cardi B align with her politically.

Typically Candace Owens words are not very digestible to the mainstream black thought, and I find myself agreeing with her this time. Joe Biden deserves genuine questions that force people to think, and in another breath what I see here is the argument between two black women, is this still not reminiscent of divide and conquer? As prominent black women perhaps they could come together and find a solution that empowers the black community through politics and entertainment. 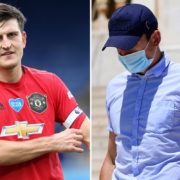 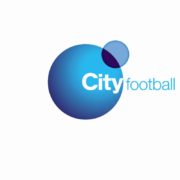