‘You’ve never had it so good’ was made popular by Harold Macmillan, who was British Prime Minister from 1957 to 1963. Less known, is this was actually a slogan lifted from the 1952 US election campaign. Back then it ran somewhat true. We had segregation avoiding clashes, political systems sought compromise rather than reinforce identity politics us against them. By the 1960s, America was in trouble. Malcolm X and Martin Luther King Jr. were murdered. President Kennedy and Senator Kennedy were shot dead. Riots set cities ablaze. Domestic terrorism by the Klansmen against the Civil Rights Movement.

Peaceful protests by well dressed Civil Rights Activists were turned on by dogs and hoses. The Vietnam draft and the Democratic Party 1968 Convention erupting into violence. America was coming apart at the seams. Discord met with misery and bloodshed.

The 1960s political stability came at the moral cost of segregation. What the system could not solve, it suppressed. The compromises saved America but ended that political system. Nixon weaponised the suppressed resistance of Southern States’ white populations, who were against Civil Rights equality, running his campaign on states’ rights and “law and order”.

The political realignment that followed forced the hand of Democrats to target the racially, religiously diverse, urban liberals. Republicans became white, wealthy suburban and rural Christian Conservatives. And so, politics became polarised. The political coalitions today mirror our particular social divisions. As time went on, rifts between parties sought to escalate tensions to mobilise support centred around our differences rather than commonalities.

Round the clock media coverage rounded a reformed identity politics. Media outlets are feedback loops, reflecting greater assuredness in our narrow thought chambers, amplifying our self-righteous group biases. This culminated in a tv star President, caught within a narrow feedback loop, running the country. President Trump plays off the discord, escalating our divisions where a leader should disperse them.

We used to brush off his Twitter rants. But that was when we didn’t need a leader today that past eras took for granted. Incompetent response to the pandemic is ravaging the economy hidden by artificially inflated pay checks and a rising stock market. The rioting reflects the uncertainty we face, failings of government, and frustration against both lockdown measures and societal injustices. What previously couldn’t possibly happen to us is now right at our doorstep, not just via camera phones in every hand.

“When the looting starts, the shooting starts,” Trump tweeted, in a threatening communiqué Twitter saw fit to ban. This was actually quoted from the Miami police chief Walter Headley’s 1967 warning over race riots, and by George Wallace’s 1968 presidential campaign. No one accused Trump of being original.

We live in an era where our divisions define us, rather than our similarities. This is reflected in our political allegiances. Few Americans want violence, nor rioting on our streets. This incident is unlikely to turn the country against itself. But it wouldn’t take much more to send America into civil war. We are all worn out, frustrated and divided. 2020 is election year. America is crying out for leadership and it isn’t being found. 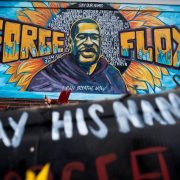 When will Police brutality against Black bodies stop? 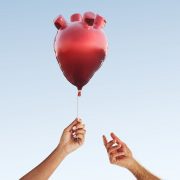 Conversation not just legislation will save BAME organ donation