As many have expressed their indignation over the murder of George Floyd in recent months, one question remains central amidst the heated discussion regarding Police brutality: why have the perpetrators not been sentenced? Although the prosecution of former Minneapolis police officer Derek Chauvin does not involve the application of qualified immunity, the doctrine continues to grant many defendants impunity in Police brutality related instances in recent years. But what is qualified immunity? How does it work? And what is being done to amend this inherently inhibitory doctrine?

What is qualified immunity?

Qualified immunity is a legal, judge-made doctrine that shields government officials from being held personally liable for constitutional violations, (such as the right to be free from excessive Police force), for monetary compensation, as long as the officials did not contravene ‘clearly established’ law.

The key to understanding this piece of legislation and why it could inherently be considered defunct in protecting victims of Police brutality is the requirement for the violation of the rights to undermine clearly established law. Clearly established law refers to existing precedent (cases) in which the facts are exactly identical to the case being contested. In fact, the US Supreme Court has explicitly stated that a ‘factually identical case’ for the ‘clearly established’ standard needs to be fulfilled. The likelihood of a set of circumstances being entirely tantamount to a previous case is near enough impossible, creating a distinct issue in tackling the violation of constitutional rights by government officials. This was seen in a decision made by the US Court of Appeal where a SWAT team fired tear gas into the plaintiff’s (the person bringing the case to court) house, causing egregious physical damage to his belongings and violating his fourth amendment right – the right for there to be a search warrant before arrests are made within an individual’s home.

The officers, in this case, were awarded qualified immunity as the precedent that the plaintiff relied upon did not establish a violation ‘at the appropriate level of specificity.’

Some other things to consider

Despite this glaringly obvious loophole, the doctrine poses many other issues that collectively render it a defensive tool used by state officials to legally ignore their civil duties of protection. In a 2009 case, for example, the courts reversed the way in which the doctrine was applied. Usually, in order to purport the defence of qualified immunity, a constitutional right must be violated and then an analysis of whether the law was clearly established ensues. However, in the 2009 case of Pearson v. Callahan, the order was reversed and qualified immunity was administered based on whether there was existing ‘clearly established’ law without determining the exact constitutional violations that had occurred. The effect of this was that there were fewer precedents finding constitutional violations, limiting the subsequent applicability of the doctrine and creating an “absolute shield”, (as articulated by Justice Sonia Sotomayor) for future cases.

There is also a discretionary element to the test for qualified immunity which focusses on the ‘subjective good-faith’ of the officer and requires the plaintiff to show that the officer “violate[d] clearly established statutory or constitutional rights of which a reasonable person would have known.” The question then comes down to what would a reasonable person have known? Differentiating between someone who is incompetent and someone who knowingly violated the law is increasingly subjective and therefore easier for some to manipulate in court litigations.

Is abolition the answer?

The doctrine emerged in 1967 so as to allow officials to perform their duties without constantly having to defend themselves against claims for damages and allegedly enables those acting in good faith to carry out their job without unnecessary intervention. Concerns over abolishing the doctrine, despite its hyper functionality, have emerged as it’s arguably a cardinal tool needed by Police officers to essentially do their job. However, the chances of reform are unlikely as the Supreme court declined to hear a set of cases challenging the constitutionality of qualified immunity. A recent bill co-sponsored by libertarian Justin Amash seems to be the only way forward to redact the doctrine and eliminate the judge-made tests that have been added to it over the years.

However, even if this bill was to be introduced and qualified immunity did cease to exist, would this end Police brutality in the US? Although we have no way of determining this for sure, it is highly improbable due to the existence of other institutions such as Police unions. It was found that the number of protections unions fought to include in police contracts directly and positively correlated with the increasing instances of Police violence in the US. Disciplinary actions against Police officers are also withdrawn if the arbitrator finds that the penalty administered was tougher than those dispensed in previous similar cases, no matter how lax they were – a suspiciously similar approach to the principles of qualified immunity. Many unions have also pushed back on the creation of a contemporary Police reform package, obliging senators to postpone the vote on the new set of policies.

It, therefore, goes to show that, Police brutality is structurally upheld and is tightly interwoven into various institutions within the States including the judiciary. However, dismantling this systemic issue won’t be as simple as abolishing a judge-made extension to existing legislation such as qualified immunity. 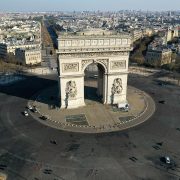 14 Ways Life Will Change After Covid-19 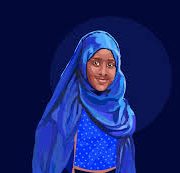 Has racial bias caused police negligence in the UK?