“It was the best of times, it was the worst of times” is perhaps as fitting an epithet for our age as it was to Dickens’ own. We can order Amazon drones to drop packages in our back gardens or balconies. We have access to millions of books, films and podcasts. International travel has been a standard pastime of the middle and working classes for decades.

Education is increasingly accessible. Less of us are going hungry than at any point in history. So why, then, do people so often complain of “things” getting worse?

The answer is quite simple. Sectarian conflict, land disputes, resource feuds, poverty, disease and human rights abuses are facts of life for millions of people across the world. For those of us not in immediate danger, social atomisation and cultural dysfunction plague everyday life across racial, economic and geographical barriers. Meanwhile, 24-hour news and social media are sure to remind us of all these things. With new technology and trends come new problems, but we ought not to lose sight of what we have achieved as a species.

Apparently, the general view is not so measured. In 2018 Ipsos MORI conducted a detailed survey of 26,489 people across 28 countries. When asked whether they believed that global poverty was rising, over half answered in the affirmative. In reality, the opposite is the case. The world of 2018 may seem like a lifetime ago, but even the chaos of 2020 has not erased the fact that by any estimation, global poverty is declining in absolute terms.

In an interview this week with the E2 Review Podcast, Swedish economist Johan Norberg summarised the statistics well. He described the past twenty-five years as “the best human health story we’ve ever seen”, a period during which the number of people living in extreme poverty has “shrunk from almost 4 in 1 in 1990 to around 1 in 10 today”. This, he pointed out, means that “140,000 people were lifted out of extreme poverty every day since 1990″, an unprecedented trend in human history. He also listed several astonishing leaps forward in recent years.

This included the fact that: “around 10% of the world population 200 years ago used to be able to read and write. Today it’s around 10% who cannot read and write”, and that in Sub Saharan Africa, “the proportion of children dying before the age of 5 has declined by 72% since 1950”. Indeed, “pets we have today have access to better medical technology than emperors did 200 years ago”, he claimed. When pressed on what he believed were the main reasons for the uptick in health and development over the past two centuries, Norberg cited the three essential freedoms: “exploration, experimentation and exchange”.

If the past twenty-five years have demonstrated anything, it is that the optimism and arrogance of the “End of History” school was misled. Western liberal democracies are increasingly fragmented and often illiberal in outlook, the influence of authoritarian states, particularly China, is on the rise. Technology has created 1001 previously unthinkable moral quandaries. The future seems uncertain and dangerous. Is it any wonder, therefore, that people assume economic development is getting worse overall?

We are bombarded with news every day, not an hour goes by when we don’t check Twitter to get our fill of the latest protest or crisis, and this year we have spent most of our lives indoors with the temptations of technology constantly at our fingertips. Extensive research suggests the existence of a “negativity bias”. This is the idea that emotionally negative events — such as global pandemics — are likely to have more impact on your thoughts and behaviours than a similar positive event. In other news, water is wet.

We have a right to remain dissatisfied with how things are, and where they are going. The question of whether societies are “better” now is evidently more nuanced than what can be described by development rates. For one, the moral and cultural character of a society may be far less inspiring than what it might be achieving technologically or economically. Indeed, we have come a long way but the future remains uncertain precisely because we cannot be sure the essential freedoms cited by Norburg for facilitating technological progress will function in perpetuity, particularly as anti-system politics on both Right and Left continue to gain ground.

Capitalism and free markets have not failed, they have just- quite understandably- failed to solve everything. However, they have allowed for an increase in global living standards entirely unprecedented in human history. These are bizarre and worrying times. But it’s not all doom and gloom. Quite the opposite, actually. 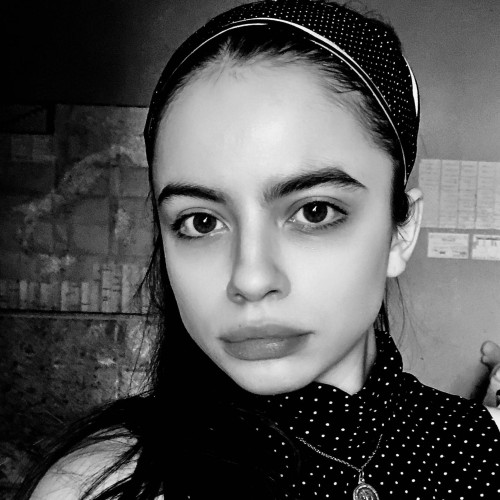 Demi Lovato is reportedly still in hospital after suffering from...
Politics

A cryptic twitter post and a remark by James Bond producer's hint at anything being possible reopen the debate on a non-white and/or female Bond. But what does the character really stand for?