Pakistani voters go to the polls today in what is expected to be only the second democratic transfer of power in the country’s history. The leading prime ministerial candidates contesting today’s election are former cricketer Imran Khan, leader of the Pakistan Tehreek-i-Insaf (PTI) party, who is leading in many of the polls, and Shehbaz Sharif, leading the Pakistan Muslim League – Nawaz (PML-N) party, whose brother Nawaz had served as Prime Minister until he was deposed in 2017 and imprisoned earlier this year on the grounds of corruption. However, unfortunately for a country whose relationship with democracy has often been fragile, regular outbreaks of violence throughout the campaign have threatened Pakistan’s electoral process. 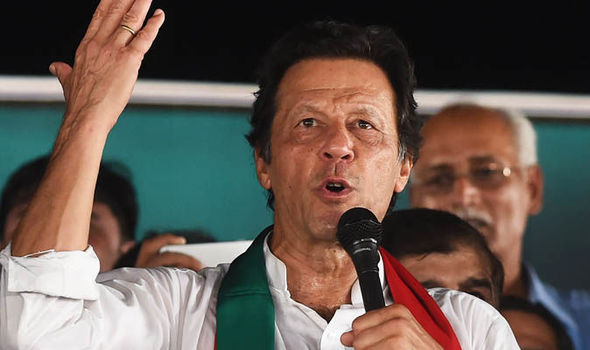 Indeed, since polls opened this morning a suicide bombing at a polling station in Quetta, capital of the province of Balochistan, has already claimed the lives of at least 28 people. IS has claimed responsibility for the attack, which has simply been the latest in a long list of acts of terrorism committed in the country in recent weeks in an attempt to disrupt the election. The most devastating of these took place in the town of Mastung on 13 July when a bomb at an election rally killed 153 people including Siraj Raisani, a candidate in provincial elections.

Heart broken to learn of martyrdom of innocent people including police officials & injuries sustained by others in a terrorist attack in Quetta at a time when the people are exercising their democratic right of vote. My profound condolences to the bereaved families.

Condemnable terrorist attack in Quetta by enemies of Pak seeking to disrupt our democratic process. Saddened by the loss of innocent lives. Pakistanis must defeat the terrorists' design by coming out in strength to cast their vote.

As well as IS-orchestrated attacks, violence has also broken out between members of rival parties, with one person killed and two more injured following gunfire between PTI and Awami National Party (ANP) supporters in the province of Khyber-Pakhtunkhwa. This political violence is symptomatic of a deep and angry mistrust between the country’s major political parties and their supporters. Khan claims the incumbent PML-N have been corrupt while in power, siphoning funds away from public services to benefit their own leaders’ interests. Shehbaz Sharif, meanwhile, has argued Khan has military connections which he is taking advantage of in order to rig the election.

As a result, the large-scale deployment of troops throughout the country organized by the military with the stated aim of ensuring the safety of civilians on election day has itself been open to accusations that it is encouraging the very violence and manipulation it is meant to curtail. Many fear the military establishment’s apparent support for Khan will lead it to threaten those who do not intend to vote for him, something Khan vehemently denies. Such allegations, though, may well result in further unrest following the elections if either side feels the result has been fixed against them.

The people of Pakistan – especially women – the power is in your hands. Get up, go and vote! Democracy shall win! #Election2018 ??? pic.twitter.com/LqVRUK9cjO

For the average voter, it has been suggested that the only way for democracy to have any enduring success in Pakistan is to brave the threats by turning out to vote. Encouragingly for many, there appear to be signs that voters are heeding such calls. In the region of Upper Dir, where women have been banned from voting for over 40 years due to apparent threats to their safety, videos have emerged today of women voters casting their ballots in defiance of the danger. If voters to continue to turn out despite the violence, they may well have a decisive effect on the election, which is expected to go down to the wire.

Pride in London, the organisation that heads up the...
Culture