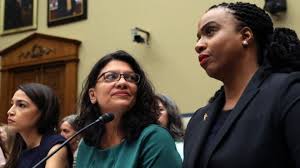 President of the United States Donald Trump in a Twitter rant on the 14th of July, told four congresswomen from minority backgrounds to “Go Home.”

In a string of tweets he directed at the four congresswomen who challenged his immigration policies, he had this to say,

Trumps latest comments were deemed racist and fascist with even Former British prime Minister Theresa May at the time speaking out calling his words “completely unacceptable.”

This has continued to spark fury as the President’s use of twitter, continues to be a war in itself.

“Go Back Home!” are words that have been heard generationally by people of colour in the US. In this particular case, home for all four congresswomen is in the US; they are citizens. During Trump’s premiership, ‘The United States’ has become something an oxymoron. America, as a society could not be any more politically divided. Being united couldn’t be further from the truth.

American society is arguably raised and nourished in xenophobia and racism. Jim Crow laws that enforced racial segregation in the Southern United States lasted up until 1965 and still and lingering effect today. The slaughtering of millions of Native Americans and the lynching of several African American slaves during the brutal period of chattel slavery also leave a stain on America. The Black, Latino, Mexican and Muslim population have been the brunt of these social diseases for far too long.

“Why don’t they go back and help fix the totally broken and crime-infested places from which they came. Then come back and show us how…”

The ‘darker lands’ such as Africa continue to be hurt by neo-colonialism, the last stage of imperialism as stated by pan African leader Kwame Nkrumah in 1965.

In the book “Neo-Colonialism, the Last Stage of imperialism” by Kwame Nkrumah 1965 he explains how neo-colonialism disadvantages Africa. As an example,

Neo-Colonialism controls the economic resources of the ‘third world countries’. Countries are controlled from the outside by monetary and economic means where the countries are unable to serve their own people. Adding to this issue there are corrupt leaders advancing their own agendas. Combined it adds to a cauldron of “totally broken and crime-infested places.”

That’s why they are unable to fix these “crime-infested places”. With a continued Western involvement advancing backhanded democracy across the world, these places may forever remain places infested with crime. Countries need to stand on their own two feet, and have their “corrupt and inept leaders” dethroned.

Typically those who challenge the president or openly voice their dissent are subject to the ‘You Hate America’ trope best characterised in the below picture.

Umberto Eco’s definition of fascism could best define Trump’s current behaviours against those who challenge him his management of the USA.

“Disagreement Is Treason” – Fascism devalues intellectual discourse and critical reasoning as barriers to action, as well as out of fear that such analysis will expose the contradictions embodied in a syncretistic faith.

Obsession with a Plot” and the hyping-up of an enemy threat. This often combines an appeal to xenophobia with a fear of disloyalty and sabotage from marginalized groups living within the society. This relates to the fear of Muslims.

Nancy Pelosi has since spoken out saying “When @realDonaldTrump tells four American Congresswomen to go back to their countries, he reaffirms his plan to “Make America Great Again” has always been about making America white again.

Our diversity is our strength and our unity is our power.”

I reject @realDonald Trump’s xenophobic comments meant to divide our nation. Rather than attack Members of Congress, he should work with us for humane immigration policy that reflects American values. Stop the raids – #FamiliesBelongTogether!”

How can Trump be right?

A lot of the governments are failed and are inept. In the words of former Prime Minister David Cameron in 2016, some countries like Nigeria are “fantastically corrupt”. However, for a number of reasons, Mostly problems have been exacerbated by Western influence but these powers have denied their involvement. The countries are left reaping the consequences of such disastrous neoliberal agendas under neo-colonialism. They have fought to remain afloat, but many are still bathing with the poison chalice they have been handed. Brain drains, economic drains and political corruption are just a few to name. Many ethnic minorities have had to find new homes and forge new identities in foreign lands.

Trump wants loyalty. Americans first above everything else and the creation of a deeper entrenched nation-state. Slightly opposing and surrounding ideologies will not be accepted until America is put first above anything else. A homogenous America that does not prioritise anywhere else.

This is a primal human instinct at best, as the saying goes “Put your house in order, before attempting to fix another.” Trump wants to water his garden first before sharing his water with others. How do we draw a line between nationalism, xenophobia and racism? To some, it seems clear, but to nationalists, it’s a very thin line.

Many of those naturalised in the US and other former colonising nations live somewhat comfortable lives. They have evaded stagnant economies, poor health infrastructures and more. Well, its the least they could do, everyone deserves the right to good access to health, education, and jobs. Through their own comfort, they do still have a right to challenge the President where they see fit, without being branded as people who ‘hate America’.

By no uncertain means am I a Trump supporter, but indeed I see where Trump is coming from. To understand means to not necessarily agree either. He believes to those America has extended the hands of help they should be grateful. He feels the ‘squad’ are biting the hand that fed them democracy, freedom and education. He was wrong for telling them to go home, he highlighted his bigotry and attacked the wrong people in an outlandish, irrational, reductive and irresponsible anti-intellectual response.

They are not biting the hand of America instead they are challenging how America is run. Trump, if you want them to go back then they perhaps will go down the road to their state or simply continue to challenge you until you see the fascist error of your ways. His outward statements have landed in the so-called ‘immigrants’ back garden, which is in the United States of America. 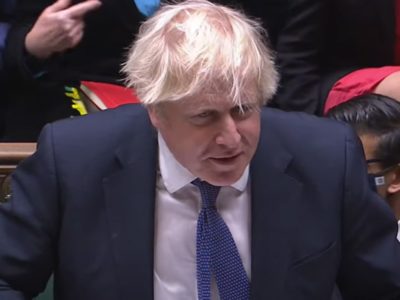 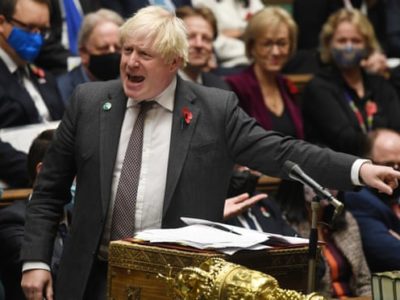