To be a Feminist in 2020. 11 Inspiring Women share for International Women's Day 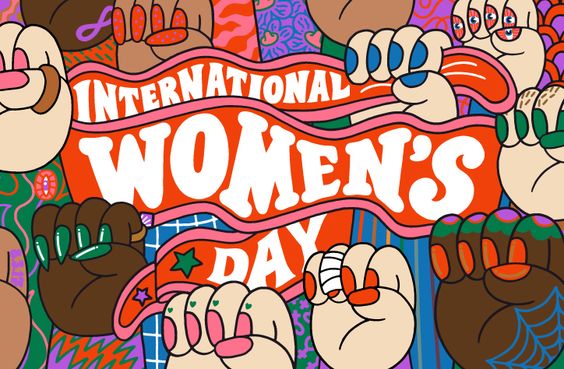 In honour of International Women’s Day, instead of reminiscing over our collective achievements so far as women, I felt it necessary to reflect on a movement many of us 21st century women spend an excessive amount of time and energy defending and explaining: feminism.

I conducted a poll on my Instagram story asking women what they feel are the most common misconceptions surrounding being a feminist. Out of all the responses, 75 percent listed ‘hating men’ and 50 percent listed ‘wanting more power than men’. Whilst all social movements have their extremes, which can branch off into mutations of the core beliefs and true motivations, my poll results demonstrated perfectly how feminism is one cause which is frequently viewed in terms of extremity. As feminists, we are often regarded as irrational, violent, sad or angry. Sure, we can at times be one – or all – of those things – but that is because we are human, not because we are feminists.

The word was first seen defined in the Oxford Dictionary in 1852, reads  “Advocacy of equality of the sexes and the establishment of the political, social, and economic rights of the female sex; the movement associated with this”. However, the term has undoubtedly become burdened with stereotypes and misconceptions. Chimamanda Ngozi Adichie, reknowned Nigerian writer, highlighted in her brilliant essay ‘We Should All Be Feminists’ that the word “feminist is so heavy with baggage, you hate men, you hate bras, you hate African culture, you think women should always be in charge, you don’t wear make-up, you don’t shave, you’re always angry, you don’t have a sense of humour, you don’t use deoderant.” These are just a few of the images which the word ‘feminist’ provokes in the minds of many – especially for men.

‘White feminism’ and its redundancy

‘White feminism’ has become a mainstream term to describe liberal white women who practice feminism in an exclusionary way – particularly when their actions undermine the lived experiences of black and brown women and trans women. They are feminists who view their cause through a uni-dimensional lens, due to having the privilege which enables them to do so. This overlooks the complex and intersectional nature of forms of oppression, thus ignoring countless lived experiences in the process. As systems such as white supremacy and patriarchy are strongly embedded within societal norms and certain cultures, they intersect to create layered forms of oppression that go beyond one feature of one’s identity.

This is a prime example of one of those branches of a social movement where the fundamental principles of equity and empowerment has been compromised, and the success of the movement, and its reputation, damaged in the process. When a video of a  group of women from Russia pouring watered-down bleach on mens’ crotch areas on the subway as some kind of ‘activism’ went viral in 2018, the anti-feminist backlash at these women – and all women – was immense. It was later found out to be a staged video, created with the exact aim of undermining the feminist movement.

Of course, these types of videos gain views and shares in abundance due to their click-bait content triggering armies of trolls, but the day-to-day grassroots level activism that millions of women take part in worldwide can often go unnoticed. It is easier for us to generalise than to understand, as understanding takes active work and interest in the reasons behind a cause. Nevertheless, it is essential for us to demystify the misconceptions surrounding identifying as a feminist and dismantle the taboos that burden being a woman who advocates for gender equality.

What it does mean to be a feminist

In celebration of International Women’s Day I thought I would use this space to spotlight some inspiring women and what it does mean to be a feminist to them.

“Feminism is just the beginning of the journey to me. The work that women have done before me allows for me to decide on how much I want to show up in the world and I am grateful for that.”

“Feminism to me is standing strong & proud regardless of anyone’s opinion.”

“Being a feminist to me means disrupting patriarchy, white supremacy and all oppressive forces, in all their forms through the way I chose to live. Choosing to empower those of all genders.”

“Being a feminist is about equality for all. It’s about being aware of the injustices faced by the most vulnerable in our society. Feminism has taught me that through understanding my own rights and experiences in this world, I’m able to fight for the rights of others.”

It means leading a life of resistance to injustice and inequality and taking on the challenge of unearthing the complex and nuanced intersections between race, class, gender, sexuality, nationality and ability. These connections are not always obvious but social justice feminism requires us to construct a feminist imaginary, theory and practise that is dedicated to dismantling not just shifting power hierarchies. To do so we must engage in uncomfortable conversations which bring to bare the complex relationships between different identities, beliefs, and positionalities. In the last few years I have come to realise on a much deeper level the impact of structural but also everyday violence on marginalised groups and women of colour in particular. These realisations have impacted my practise. So while my feminism is dedicated to radical political change it is also rooted in a politics of empathy, kindness and gratitude to others who are struggling towards similar goals and fighting the same obstacles and the same violence though that may look different depending on space and place.

“Intersectional feminism is a fantastic framework that provides the tools and lenses through which to consider equity and autonomy. It’s a starting point and not the end goal, because as with any movement, it has its limits and its scholastic nuance cannot stretch beyond our practical lived experiences. Perhaps the measure for successful feminism is eventually outgrowing the label entirely in the direction of compassion and self-determination.”

Mukundwa, Podcast Host for I Said What I Said and Content Creator @mukundwa_

“Feminism is the freedom for all women to be who and everything they potentially can be.”

“Feminism to me surrounds the rights of all women, especially trans women, black women, brown women and disabled women. For me I see it as quite a different movement to the earlier years of feminism, where dismantling barriers for all women has become important, not just one specific group. I also see inclusivity as a large overlap of feminism however, not just at surface value, but with women integrated within establishments and moving away from tokenism.”

“For me to be a true feminist is to be 100% unapologetic in initiating dialogue surrounding the issues and achievements of women.”

“Starting my journey as a mother at the young age of 16, I was always told ‘your too young’ and was ‘bound to fail’… comments like this made me so determined to prove everyone wrong. Life didn’t deal me the easiest of paths and when  I became a single mother with 3 young children, I was determined as a ‘woman’ and a ‘single mum’ to do everything I could to better life for me and my children. I studied hard and qualified as a social worker with a first class honours degree in 2016, I now work hard to provide a happy and stable life for my family and I did this all on my own! I despise the stigma around single and young mothers – the sleepless nights and hours of studying were certainly not easy but it was definitely worth it! I want women all around the world to believe that we are strong independent humans and if we stay focused and determined we can achieve anything we want! Strong independent women… may we know them, may we be them, may we raise them.”

And last of all, the woman who brought me into the world and continues to inspire me daily, my mum.

“Equal rights for women in terms of their civil rights; societal, economic, educational, moral, and ethical rights. Their place in society, their value and contribution being valued and rewarded, women being able to access education, work, have all the freedoms and privileges male population have. When I was 7-8 I told my dad I wanted to earn money (and) be a trader like him so he bought me a box of lemons and I sold them on my own at my village market. I was determined to stay in education, I was determined to wear trousers and not skirts I was determined not to do cross-stitch but read instead.”

I am aware there are countless women who won’t be heard today due to not having the access to fundamental human rights, let alone such platforms, particularly poor women from the Global South. We must recognise that today is a day for all women and demand that these women are heard and acknowledged. Feminism means caring about all women, not just those around you.

Be proud to wear the label

In a society where systems of oppression are further consolidated by unequal power dynamics that have been in place for centuries, allyship is key for social movements to induce transformative change. On my Instagram, I also asked men what they think about feminism. Despite having over 2,000 followers, only 4 men replied to my poll. I found this very telling of the nature of today’s society; more often than not people are significantly less active in supporting causes that they perceive as not directly affecting them, and this is especially worse if they have misconceptions about the aims of a movement. Patriarchy systematically shames those of us who engage in feminism in order to maintain the status quo. We must form allies, but in order to do so, everybody who believes in equality for women must make efforts to demystify the moral baggage around being a feminist and wear the label proudly, whatever gender they may be.

Morality, duty and information: how should the media report Coronavirus?

Russia's Endless Meddling in the US Elections

Why Cannes is Causing a Climate Catastrophe