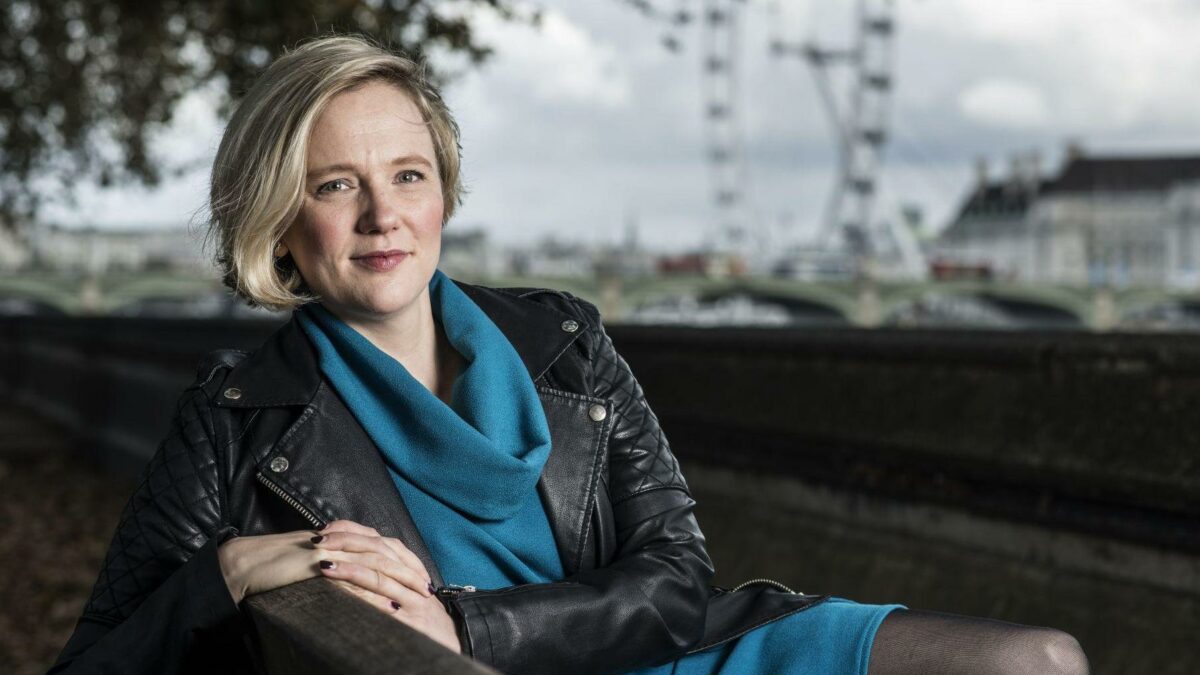 MP’s are set to vote this morning on an amendment to the Voyeurism (Offences) Bill proposed by MP for Walthamstow, Stella Creasy (pictured above), seeking to close a gap in the law and allow judges to jail offenders for up to two years.

Article 7 is to be discussed which addresses the intent behind acts of sexual harassment, namely misogyny. Misogyny is defined as a hatred of, contempt for, or prejudice against women or girls. Should this law pass into effect, it could then be considered by judges and juries as an ‘aggravating factor’ in the offences and lead to more severe sentencing for offenders.

The obvious danger, is the capacity for women to weaponise misogyny to their advantage against men in select instances, should it constitute a hate crime after tomorrow’s hearing.

Take Roxanne Pallet’s ‘punchgate’ allegations about CBB co-star Ryan Thomas, which led to 11,000 complaints to Ofcom and leaving her labelled ‘the most hated girl in Britain’ after camera footage revealed she lied to producers in the Diary Room where celebrities go to spill all. This leaves us to question: ‘where do men then stand when vindictive women abuse the amendment?’

Other celebrities like Lee Ryan, Blue’s singer, came to her defence that her ‘exaggerated’ claims could be down to mental illness. The defence of ‘mental health issues’ are frankly not good enough considering the damage Roxanne would have wrought upon Ryan’s life had the cameras not been on hand in a filmed show. Using mental health issues as an excuse precludes accountability for an individual’s actions.

What started as innocent playing around with Ryan feint-punching Roxanne, she skipped away accusing him light-heartedly of being a ‘women beater!’

Not long after, she was in the Diary Room where housemates spill whatever’s on their chest, she went full on attack, stating it “wasn’t a joke” and “how can you let somebody that’s done that stay here?” 21 of Roxanne’s former Emmerdale co-stars criticised her making a ‘mockery’ of real abuse victims and false accusations were a pattern of her troubling behaviour. The confessions flowed as she left the show and was subject to numerous interviews. The 35-year-old fantasist could have ruined Ryan’s reputation and life over her mistaken and malicious conviction that she had been “attacked, had her personal space invaded and was genuinely disturbed” by the incident.

Roxanne Pallet is a warning of what could be yet to pass. Febrile women being seen as vulnerable as a petal, needing protection from horrible, predatory men, all brought to light in the wake of #MeToo!

Her excuse was textbook victimhood vocabulary – ‘fragile’, bearing connotations of needing protection and a general lack of responsibility for one’s actions. “I can’t prove a feeling” was how she sought to justify her malicious attacks against Ryan.

And since we have to be inclusive of everybody in 2018, if the victim is convinced of this, then who are you to not validate their emotional distress?

Labour MP Stella Creasy raised the proposal of making misogyny a hate crime. With her proposed amendments that would make hatred of women an aggravating factor in up-skirting cases today. If passed, courts will take evidence of misogyny into account when sentencing someone found taking sexually intrusive images. Police would have to record allegations and file reports of such abuses.

There are currently hate crimes consisting of prejudice towards disability, gender identity, race, sexual orientation and faith. A Ministry of Justice spokesman said of Ms Creasy’s amendment: “We already have robust legislation that can be used to protect women from a range of crimes.”

Besides police having to take a break from solving other crimes, they would also have to interview Larry the Lurker at number 9 and his neighbours to verify accusations.

This is a slippery slope when the law is used to punish a state of mind, as opposed to an action. It opens the door to further abridgements of misogyny with catcalling, flirting, unwanted advances and misinterpreted compliments as all potentially being indicative of aggravated hate crime against women. Forms of power-play where men try to objectify and denigrate women.

This poses questions such as: “Do all flirtatious advancers hate women, or may they like them too much for their own good? And do all women oppose being chatted-up?”

Misandry vs Misogyny – Whatever happened to good old equality?

Who gets to decide the definition of misogyny and what is the equivalent position for men? What are the comparable misandry women may commit? Since these answers are intractable because of thoughts being private property, the conversation should end here, and we should focus on condemning actions in society that are sexist and repressive toward women.

Women don’t need misogyny to be classified a hate crime. Progress is visible and alienating men as some imaginary enemies is counterproductive to the gains women have made in society. Whenever are laws abused?

The Roxanne incident on CBB proves just how easy it would be for such a law to be abused and how quickly the backlash may swing full-centre.

A trial run in Nottingham saw police resent the exercise that used up precious time and resources as they had to chase up all the reports of harassment across the city. While done with the best of intentions to encourage more women to come forward, officers called it a “vanity project”.

2018: Men are still from Mars and Women from Venus

It is confusing enough for men in 2018 about what they can and can’t say, do or act around women. It’s too subjective for a compliment to be misconstrued or lost in translation that can be deemed sexist or misogynistic, while the other way around it’s somehow perfectly permissible.

Those who commit actions like ‘upskirting’ are patently motivated by uncontrollable, repressed sexual urges. These are individuals who should seek professional sex workers or counselling. A war on hate is yet another in the long line of never ending undefinable nonsense confrontations: both meaningless and unmeasurable. If actions are motivated by hatred, then they are misogynistic, if not, then they are not. An offence based on someone’s opinion that cannot be measured is nonsensical.

It is like a weak attempt at Occam’s Razor, wherein the simplest explanation is taken as the most plausible, and accordingly for Stella Creasy, misogyny fits the bill: of course, its women hating that is the exclusive answer. Any sexual offence can be the result of a complex multitude of motivating factors. Stella Creasy’s attempts to frame misogyny as the solo, simplistic cause is ridiculous. Much of what is covered under this law is creepy, antisocial, incel invasive behaviour. Something women are as capable of doing too. In simpler terms, Creasy means that men mostly behave in ways women don’t like.

It should be noted that many sexual offences are acts of hate and power rather than desire, reducing women to a victim where the man can exert superiority.

A Law Against Misandry?

The question then becomes of the law, what is the equivalent law to protect men from misandry? And whether we believe the inadequate threat of unpunished misogynistic behaviour leads to more sexual harassment than would otherwise transpire? And thirdly, is the risk of this greater than the cost of women weaponizing this update to the Voyeurism Law against men and, by extension, ruining lives and careers?

Being catcalled or wolf-whistled are not comparable to a man losing his job, being shunned by the community, having to leave the area, ending up destitute, when he may have been wrongly accused and is in fact innocent.

Women are at their most powerful point in history and if they still consider themselves pitiful victims in a world that views them as objects to be used and potentially in danger and in need of protection, I wonder what the suffragettes would say. Victimhood is a convenient shelter. A shelter behind which sensitive or resentful individuals can play the victim card. Amendments like section 7 of this bill are poised to allow for being weaponised against certain men. To pass it is to subject the odd innocent man to abuse at the hand of another Roxanne.

MPs: All Male, All Guilty Anyway?

A further problem with MPs discussing this issue is they are likely a pretty guilty bunch themselves being mostly men not eager to self-incriminate. Not everyone should feel safe, but everyone should be entitled to respect. Just because some individuals feel perpetually at risk and unsafe is not cause for authoritarian clampdowns. People irritate, anger or scare others just by their presence, simply by virtue of being who they are.

It is not that nothing should be done to redress the imbalances in this area, but should one request favouring one party over the other when what we strive toward is equality, it doesn’t help the cause but further serves to alienate the parties involved.

Kaepernick 'Just Does It'

2 Million Brits Have 'Changed Their Mind' On Brexit 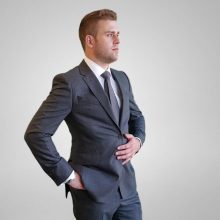 Richard Bolton was born in the UK and is a Manchester University PPE graduate. He is currently working in wealth management. Areas of intrigue include world politics and nascent technologies. In his spare time, Richard is a keen sportsman, globe trotter and speculator in new business ventures.
Culture, Politics, Popular, Uncategorized

The Future of Cryptocurrency: Who Will Burst our Bubble?

One Small Step For Nigeria, One Huge Step For Women

‘Stay in Your Lane!’ – Hammond and Johnson Clash Over NHS Funding Post Brexit