The Response to the Rittenhouse Verdict

There were many widely reported moments throughout the divisive case. These moments ranged from accusations of the judges’ bias to the prosecution’s witness backing the defense’s case under cross-examination. Media on all sides gave their versions of events and how their perspectives factored into the matter. However, in the end, the jury decided to acquit Rittenhouse.

The conservatives cheered and congratulated Rittenh; Trump even invited him to a (well publicised) meeting. The left was mortified, believing the case justified vigilante violence at protests. It brings in serious questions about the second amendment and its interaction with the right to protest peacefully. However, the backdrop of the whole affair was the BLM protests. It added another political dimension that meant the verdict would always be unacceptable to some. But the question is: was it the correct verdict?

The Prosecution Used the Wrong Argument

The jury was probably right. But this was both a miscarriage of justice and a failure of America’s legal system. That failure was primarily the prosecution’s fault. There were other charges the prosecution could have argued, such as Manslaughter. Instead, they went for first-degree murder, and the evidence presented by the prosecution didn’t back up their case. Their charges seem based on political forces, not the evidence they had.

Murder should have a high legal threshold. Although statistical evidence has proven the threshold is lowered for black citizens, it is not the standards of the legal system that should be lowered. They should be maintained equally, without prejudice. According to the witnesses and video evidence provided, Rittenhouse is not guilty of the charges presented to the jurors. It is unknown whether Rittenhouse’s verdict would have been different if he was black, but it would be a high chance.

Rittenhouse is guilty of being a dumb 17-year-old. His presence with a firearm caused others to act aggressively towards him, which made him act out in fear. If he were black, he would likely not be afforded the privilege to be a dumb 17-year-old or act in fear. The problem is with the disparity, not the verdict.

This case again shows the American judicial system needs fixing. The courts should not be a place for social or political agendas. They are plagued with doubt of their impartiality. The expectations that were set by politics did not back the evidence. That is why the disappointment is there. Republicans are carrying Rittenhouse held high. He has become a twisted political symbol. Emblematic of the deeper divides in an already polarised nation.

Privilege Decided the Verdict, not the Law

Critics can argue that race was not the main focal point in the Kyle Rittenhouse trial, and one would be correct. However, to say one could not insinuate racial undertones in the Kyle Rittenhouse verdict is highly naïve. White privilege still holds firmly in the court of law. Although the jury in the Rittenhouse trial heavily considered Wisconsin’s self-defense law, they did not consider the prior actions that led to him having to utilize “self-defense.” Rittenhouse had specific intentions to have his mother drive state lines with the motive to use his gun if needed. It would prove straightforward he came to the protest with an intent.

America’s criminal justice system is notorious for proving injustice towards Black Americans. Black Americans feel that if the shoe was on the other foot and Kyle was a 17-year-old Black boy, the jury would have found Kyle guilty, or worse, he would have been shot before discussions of a trial even took place. For example, Tamir Rice, a 12-year-old African American male, had a toy gun and was shot almost immediately by the police.

Or take Cyntonia Brown, who was 16 years old at the time, went to jail for 15 years for murder. If the exact “self-defense” definition applies, the jury should have acquitted Cyntonia Brown of the crime. Some would argue the situation was different because Cyntonia had intentions to rob her accuser, and Kyle tried to defend a community that had nothing to do with him. However, the result in both cases was murder, and the same standard applies to both.

The main problem here is when people pick and choose when the law applies to a particular situation. It is hard to believe that white privilege does not exist or Black people do not receive the same right in the court of law when cases like Kyle Rittenhouse and countless other Black individuals have different results. If we say that Rittenhouse was lawful, then apply the law equally and justly across the board and not when it is convenient for particular facts or situations. 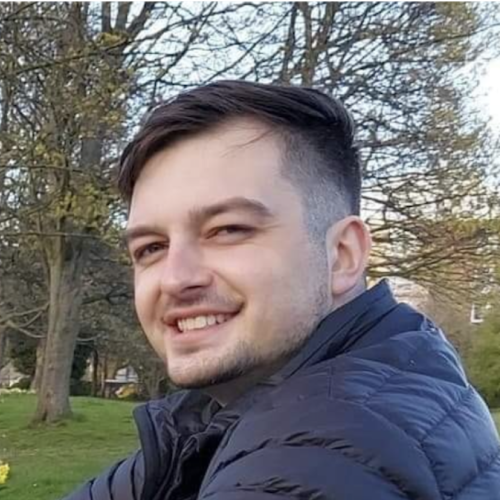 Chelsea were crowned Europa League champions earlier in the...
General

And a Lonely Stranger Has Spoke to Me Ever Since

When I saw the old man waiting by the...