As election day in Italy moves ever closer, the most popular single party according to polls is one which was originally founded on a comedian’s blog, and is currently led by the 31-year-old son of a neo-fascist local councillor. With its unconventional origins and its eclectic support base, the Five-Star Movement (M5S) has emerged as a major player on the Italian political scene over the previous decade.

If you'd said in the late '90s that Britain, the Netherlands, Sweden & Germany would witness major populist right revolts, the AfD wd be inching ahead of the SPD, a comedian-led 5Star wd top the polls in Italy & Brits wd have backed Brexit, you'd have been laughed out the room…

M5S was originally founded by the comedian Beppe Grillo. Grillo was frustrated with status quo of Italian politics and particularly with politicians from other major parties, many of whom had been mired in misconduct or corruption scandals. His own approach to politics, expressed in a regular blog, was paradoxically fiercely ideological in its lack of ideology. He argued that Italian politics could be best improved with the implementation of direct democracy, which had become a more realistic possibility with technological progress, enabling people to vote on issues more easily than going to a ballot box. Rather than having a party or political leader (himself included) deciding which directions to take the country in, Grillo argued that the people themselves could have that responsibility. Grillo and his colleagues hoped that this would cut out the corrupt and self-interested middleman in the form of politicians and parties, and let the will of the people be expressed most purely. 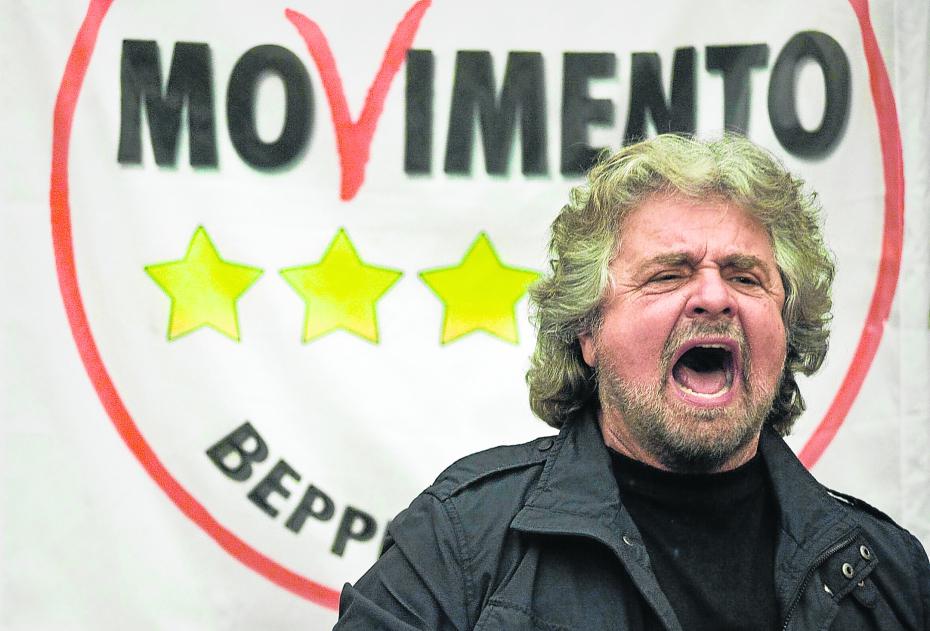 From Grillo’s blog formed a social movement of like-minded citizens from across the political spectrum, which morphed eventually into a political party through the election of members of the movement in regional and national polls. This momentum carried through to the 2013 election, in which M5S, standing on a platform promoting direct democracy, as well as environmentalism and Euroscepticism, won the most votes as an individual party, but still ended up behind centre-left and centre-right coalitions overall. While M5S was then offered the opportunity to participate in government, the party rejected the possibility of working with other parties as playing into the hands of the political elite they were trying to break up.

Yet five years on the party appears to have taken a toned-down approach to politics. The young and more pragmatic Luigi Di Maio, whose father represented the neo-fascist Italian Social Movement at a local council, assumed the party leadership from Grillo in late 2017. Under Di Maio’s leadership, the party has articulated a more extensive manifesto than simply doing away with political elites and promoting direct democracy. Instead M5S has stated that if it assumes office it will introduce a universal basic income, in order to appeal to left-leaning voters, as well as offering tax cuts and pledging to crack down on illegal immigration, to win over those on the right. Whether the party has the ability to implement all these policies certainly remains to be seen, but their potential appeal across the political spectrum cannot be denied. 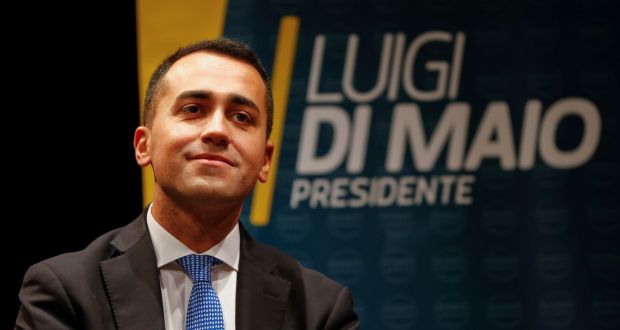 Di Maio, who will be M5S’ candidate for Prime Minister (Source: Reuters)

This increased pragmatism begs the question of whether M5S’ attitudes on working with other parties has similarly softened. Despite being apparently the most popular single party, M5S trails the overall support for the right-leaning coalition led by Forza Italia, with a resurgent Silvio Berlusconi at its helm. It may be the case that if Di Maio’s party wants to take its place in government, it must hold its nose and work with the other parties it previously swore to dismantle. Di Maio has discussed the possibility of working with his rivals in one way or another, although whether this is a decision he and his party will have to make remains to be seen. Either way, M5S remains an intriguing player in the race for power culminating in early March.