I should start this article with some confessions. I’m one of the many Africans in the Diaspora who prior to this moment had almost given up on Nigeria. Unconvinced that things could change, we had come to accept that Nigeria’s governance of smoke and mirrors was destined to stay the same and that equality would always be a chimaera. I had come to accept that Nigeria’s chronic and institutional malaise which had bred years and years of youth apathy and youth disillusionment was the new normal. When I was young boy, I would stay on the phone untill the early hours of the night talking to my close friend Samuel Cole, a banker now, about how I would go back to Nigeria and change things up. How I would make it more just and fair. It saddens me to admit that I abandoned that dream. Regretfully, I had become cynical.

However, I’m convinced that the #EndSARS movement is far more than what we think it is. I want to charge members of the Nigerian diaspora to wake up, seize this moment and lend support to the movement.

What is #EndSARS about?

Nigerians have been protesting for years against police brutality, however over the last two weeks, an outpouring of support for Nigerian protesters has played out on Twitter, with various hashtags, predominantly #EndSARS. In a few weeks, the movement has garnered international attention as social media posts and local TV coverage showed people take to the streets in several towns and cities in the West African country. There were also reports on Sunday that a march was on its way from Marble Arch in the English capital to the Nigerian High Commission.

It’s part of a new global campaign against a branch of Nigeria’s police called the Special Anti Robbery Squad (SARS), which has even drawn the backing of the likes of Twitter founder Jack Dorsey, Star Wars actor John Boyega, US rapper Kanye West, and footballers Mesut Ozil and Marcus Rashford.
So, what is SARS?

SARS was set up in 1984 to tackle a growing problem of people stealing from each other using force in Nigeria. Supporters say it initially succeeded, but critics say it has been linked to the deaths of people it has investigated. Since the 1990s, rights groups like Amnesty International have documented a series of allegations involving the unit, which campaigners say have worsened in recent years.

One of SARS’ alleged victims told Amnesty he was arrested in 2017 after being accused of stealing a laptop, but was then held for 40 days and tortured before he was brought before a court.

The 23-year-old, Miracle, said: “They started using all manner of items to beat me, including machetes, sticks, inflicting me with all kinds of injuries. One of the officers used an exhaust pipe to hit me on my teeth, breaking my teeth. I was left on that hanger for more than three hours.”

Another, 24-year-old Sunday Bang, was allegedly held in detention in 2018 for five weeks, where he suffered bone fractures and other injuries due to torture and other ill treatment after being accused of robbery.Many other Nigerians have been killed, according to human rights groups.

Why Does This Matter?

When Nigerian diaspora youth see #EndSARS on social media, it may be tempting, through a cynical lens, to see another half-baked social media movement which will fizzle out as gen Z’ers with short attention spans move on to something else. It will be tempting to ignore the hashtags and scroll past videos. What does more unrest in Nigeria add to our lives? Even-though we are inundated with pictures and videos, some very graphic, the problem still seems far away and so very distant.
To see the #EndSARS movement though this lens would be to grossly misunderstand this particular cultural moment. Young people in Nigeria are attempting to shift the zeitgeist in Nigeria and are willing to risk everything to do so.

Whilst we may see very visible #EndSARS campaigns across our social media feeds, what isn’t so visible is the plethora of campaigns that are latent in this one. Below the #EndSARS movement is a campaign to end food insecurity, a thorn in Nigeria’s side for many years. Below #EndSARS is a campaign to poor health care and unsatisfactory education and so many more movements. For a long time, social mobility in Nigeria has been a pipe dream. The rich have gotten richer as at the middle class disappears and poverty increases. Below #EndSARS is a campaign about meaningful social mobility, where the rules are enforced and hard work actually begets success.

The #EndSARS movement is a gateway to many more movements that will be birthed in a country that may actually shake off its institutional impassivity. Nigerian youth want a new normal. They are demanding change, with energy and momentum on their side.  We in the diaspora must lend our support at this crucial time. We have to see more than meets the eye.

This is the beginning of meaningful change in Nigeria and it’s going to take a village. The Nigerian diaspora can no longer simply go to Nigeria for #DirtyDecember parties and keep silent whilst the country is attempting to shed old skins and embrace the new. We cannot keep up enjoying the culture from afar, downloading music, watching Nigerian films but squinting our eyes at the injustice that engulfs the country.

Nigerians all around the world must speak up and must not relent. 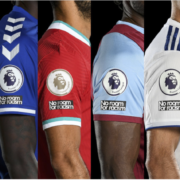 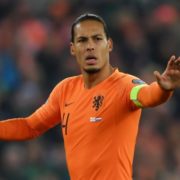 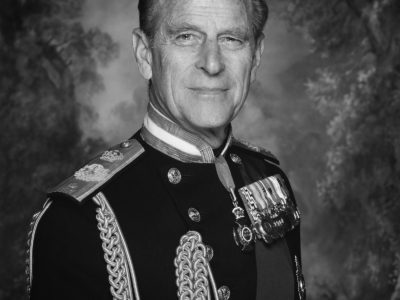