The April’s fools Premier League Game between Chelsea and Tottenham Hotspur at Stamford Bridge ended 3-1.  What looked to be another Chelsea victory halfway through the first half, quickly turned around to be an awakening call for possibly the new best team in London being Spurs.

Chelsea took the lead with a goal from Morata as Victor Mosses with time and space whipped in the ball that went over Hugo Lloris’ hands and centre back Davidson Sanchez unto Morata‘s head and into the back of the net. This makes Morata the player with the most goals scored from headers this season with a tally of 7.

Eriksen’s strike to equal the scores is a contender for goal of the season, from first glances it seemed to be placed into the top corner, however, it actually went over Willy Caballero swerving and dipping. Upon refl he should have done a lot better in hindsight. It came from a poor clearance from Victor Moses as he tried to be too clever, allowing Davies to pass the ball inwards to Eriksson who was just outside the box. 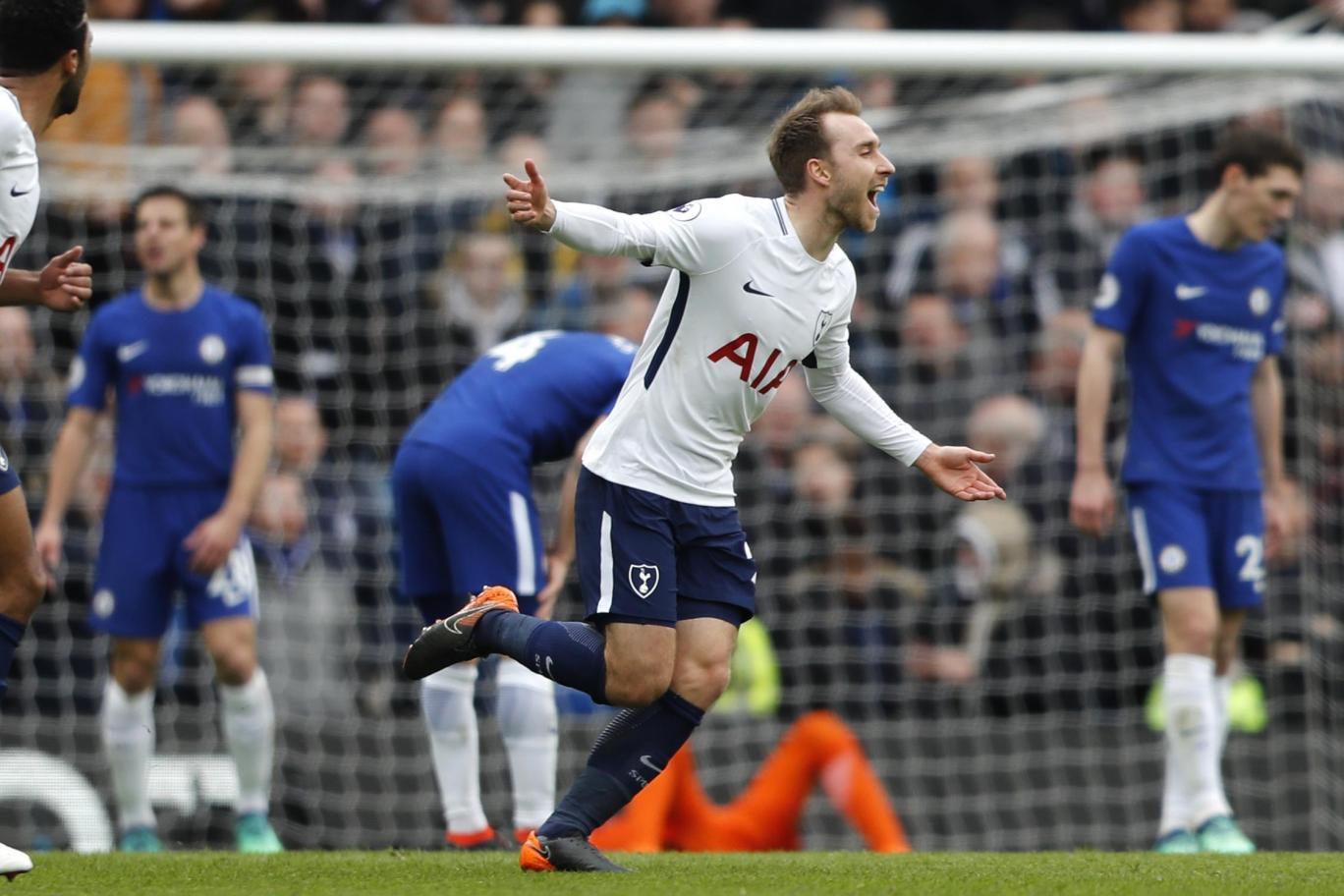 The game in the second half was an amazing watch for a neutral fan as Spurs upped the intensity and were relatively quickly rewarded.  Dele Alli scored 2 in 4 minutes (62nd and 66th minute) to seals Chelsea fate. His first goal was truly a beauty, with a long ball pass between 2 centre backs from Eric Dier in his own half, you would have thought what could Alli do there? Well frankly with a worldly first touch and a quick strike into the goal it was a spectacle to behold with a celebration in front of the Chelsea fans to go along with it. His second goal showed composure as he picked his shot and placed it into the net coming from a couple of deflections from Caballero against Son’s strike who was able to get past Marcos Alonso to be through on goal. With now a 100 premier league games under Dele Alli’s belt he’s managed to score 36 goals and 25 assists. 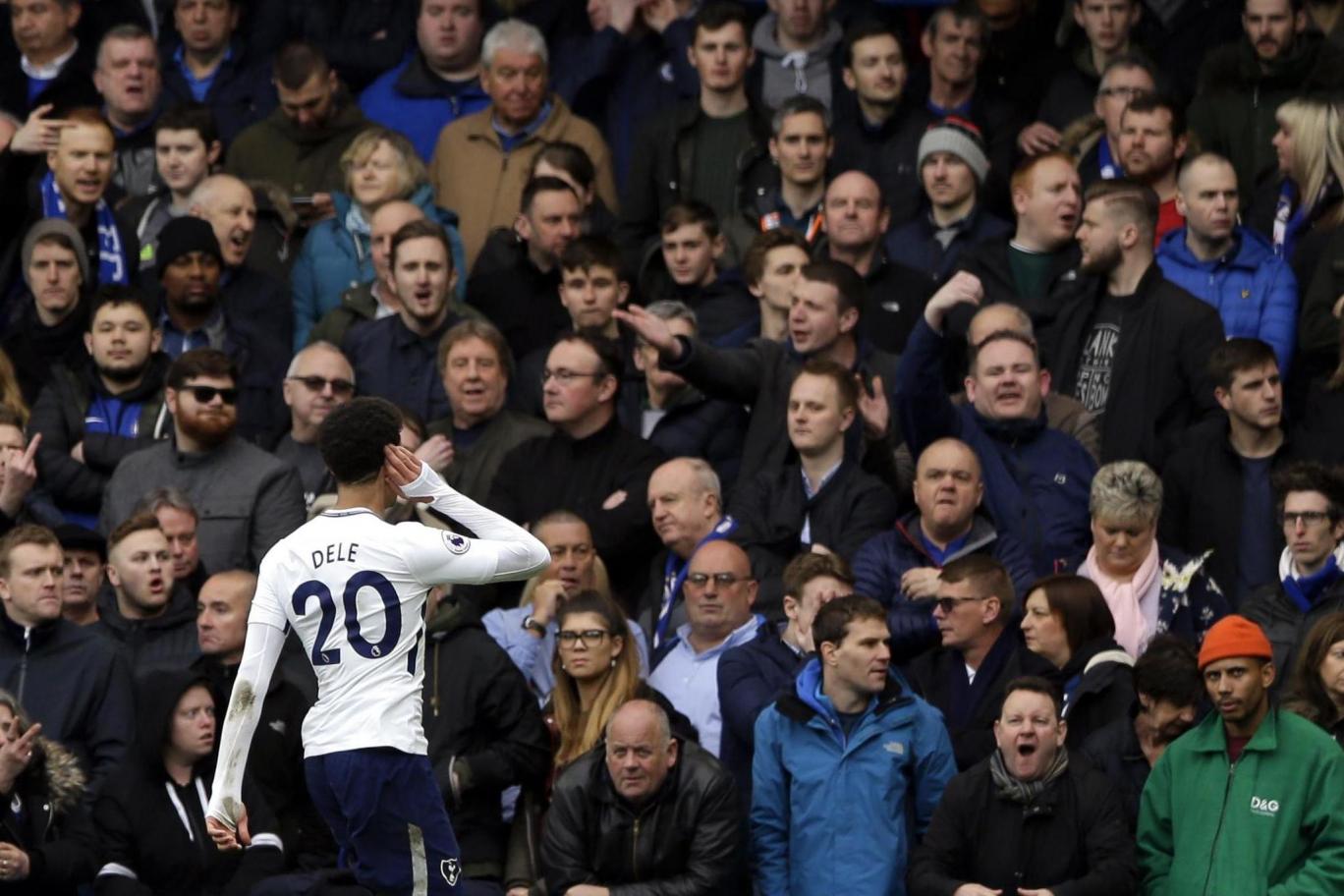 Surely questions about him being out of the England starting eleven will be more pressed. And his critics would have to be silent. Comparable to the player who’s keeping him out at the moment Jesse Lingard who is also on form at the moment, who would be better for England in the summer? 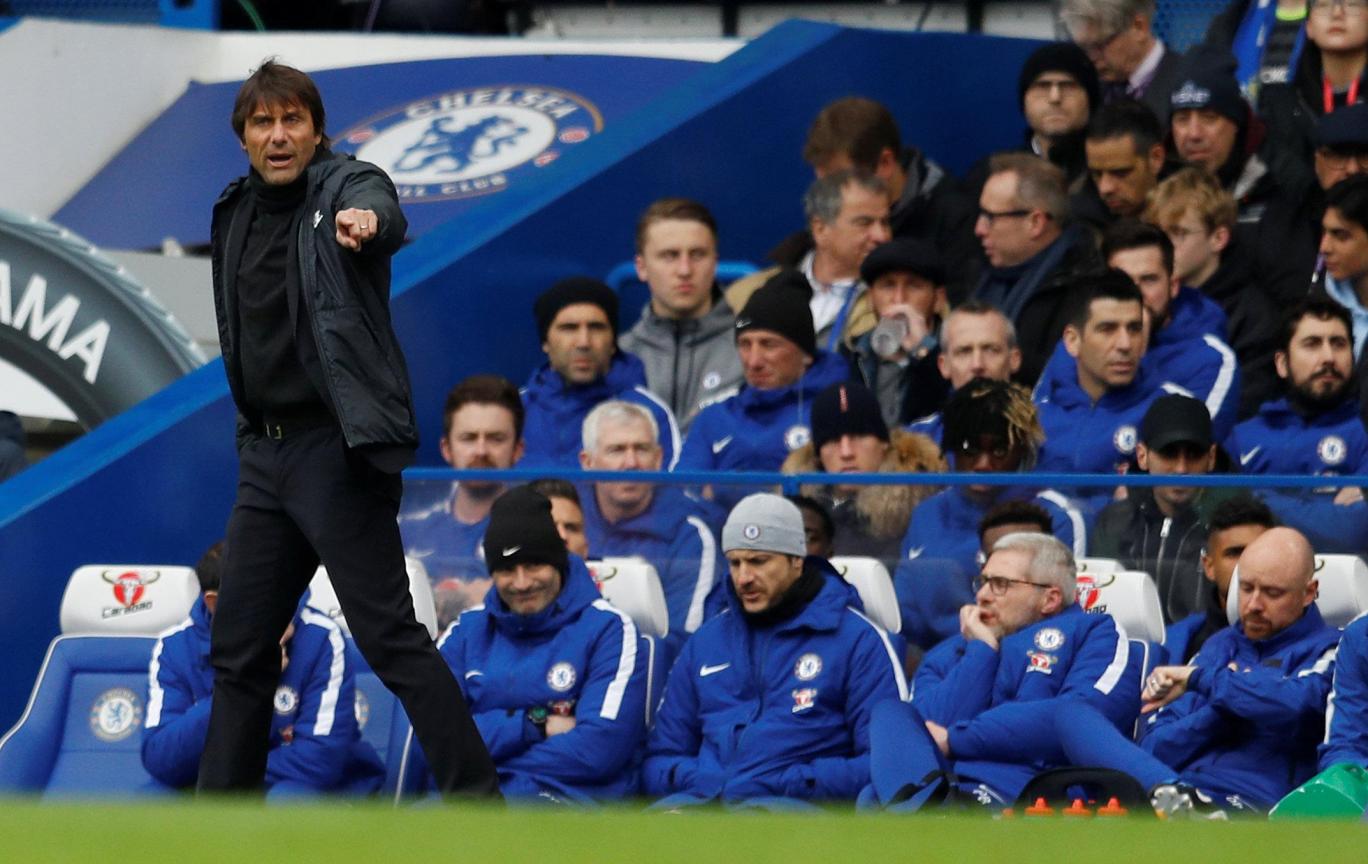 Antiono Conte from the touchline giving out his instructions – REUTERS

It is clear that Chelsea are desperately missing the defensive influence of David Luiz, who still seems to be out of favour with the Chelsea Manager. With Christensen frequently making more mistakes as time passes it might better suit him to have a rest and work on the mental side of his game since he is still a fairly young player with great potential which he’s already showing.

Conte’s late substitutions of forwards Olivier Giroud and Hudson-Odoi also seemed indicative of someone who’s not interested in attempting to look like he wanted to win the game or keep the fans happy. There are several rumours that he’s ready to go back to Italy to be with his family so possibly his decisions have been influenced as such. Although the blame can’t all be put on him as he made it very clear that he needed more players and depth to his team to maintain their winning ways but the boards reluctance to allocate such funds and support were not enough for Conte’s standards and in turn Chelsea standard. Furthermore, it’s becoming more apparent that transfers aren’t actually discussed with him nor does he get an influential say.

Now Chelsea’s chance of ending in the top 4 and securing a Champions League place is hanging in the balance with being 8 points from fourth which Tottenham Hotspur now occupy.  It looks like a rebuild of the Chelsea team is needed or at least they power through the remainder of their matches otherwise the Europa league could be knocking on their door by the end of the season.

The bank of England has predicted a recession with...
Staff Picks

I have a dream that enough is enough! – Yolanda King.

Dr. Jill Biden is no stranger to the political...