You probably opened this article with a healthy level of cynicism; this is, after all, not the first time you’ve heard about a mass shooting in America. In fact, if you pay close attention, they happen every day. The New York Times reports that serious shootings happen in America on average more than once a day. That is how often shootings that leave four or more people wounded or dead occur in the United States, according to a compilation of statistics. The shooting at YouTube HQ yesterday was, therefore, the latest instalment in a sequence of mass shootings that have become all too common in the USA. This came days after one of the largest national campaigns ever for gun control which begs the question – are we on the brink of change regarding gun law in America?

Yesterday’s shooting took place at a beacon of American industry and ingenuity. YouTube’s office in Silicon Valley, better known for wide-open spaces and creative designs, is now an active crime scene. Police have named the suspect as Nasim Aghdam, 39, and say they are still investigating a motive.

The suspect is reported to have approached an outdoor patio and dining area at the offices in San Bruno, near San Francisco, at about lunchtime and opened fire with a handgun.

Images broadcast on local TV stations showed employees leaving with their hands raised. Other footage showed evacuees forming a queue before being individually frisked by police.

YouTube product manager Todd Sherman reported live on Twitter of people fleeing the building in panic as the shooting unfolded.

We were sitting in a meeting and then we heard people running because it was rumbling the floor. First thought was earthquake. https://t.co/gmolQmRXm1

Active shooter at YouTube HQ. Heard shots and saw people running while at my desk. Now barricaded inside a room with coworkers.

The three people wounded in the attack were taken to Zuckerberg San Francisco General Hospital. Officials said a 32-year-old woman’s condition was serious, while a 27-year-old’s condition was fair. A fourth person was also taken to hospital with an ankle injury sustained while trying to escape, Mr Barberini said.

Have I read this before?

If all of this sounds familiar, it’s because it is. Shootings are common in America and a contentious gun debate has been raging for many years. Like any subject that weaves its way around corpses, gun control discussions easily ignite the worst parts of us. Whether it’s a descent into name-calling, insults, ad hominems and similar lazy, childish tactics, or a dismissal of anyone other than those on “our” side, attempts at objectivity are often scarce. However, many of us, including myself, are in the advantageous position of ignorance: it is advantageous since it means we have no excuse not to encounter and contemplate the best arguments on both “sides” of the debate. 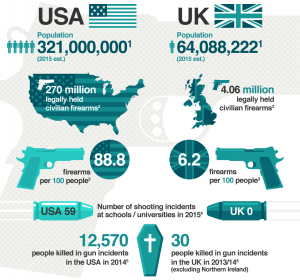 Those that support gun ownership often advance the argument that if that only “good” people acquired guns, were well-trained, and were regularly checked up on by independent bodies (the same way we are tested for drivers, for example) there would be few problems with gun ownership. These people use guns responsibly and it sits well within their constitutional rights (more on this later). But, this argument is merely a chimaera. It is not remotely close to the state of affairs in the USA. Mass shootings are on the increase, gun show loopholes are growing and the refusal to implement greater background checks means that situations are far from ideal.  The problem is deciding who should and should not own guns: the kind of universal liberty that gun owners claim to support would be undermined if the state picked and chose exactly who was eligible for gun ownership. This is not to mention the fact that even “good” people can become enraged, drunk, and out of control, and easy access to a gun can escalate a mere drunken brawl to the kind of murder spree we have seen in recent years.

A spectator into American democracy might be wondering why things haven’t changed despite obvious and solvable problems in the current system.

Since the public want change, why don’t things change?

Public outcry over these issues is certainly not new. However, there has been renewed vigour over old campaigns and momentum seems to be on the side of those lobbying for change.

Polling indicates that public support for such a move is at its highest point in two decades – although Republican support is soft, making an act of Congress less likely.

March for our lives

Just five weeks ago, a gunman killed 17 of their friends and teachers at school and changed the course of their lives. In the wake of this, the students of Marjory Stoneman Douglas High School led a historic march for gun control, what they called a March for Our Lives.

A GoFundMe campaign to support the rally raised more than $1.7 million in three days on top of $2 million in private donations from Hollywood personalities including George and Amal Clooney, Oprah Winfrey, Steven Spielberg and Jeffrey Katzenberg. A few days later, more than 42,000 people had donated nearly $3.5 million to the online fundraiser.

More than 800 groups marched in cities across the US and internationally, including in London, Madrid, Rome and Tokyo.

You’d be forgiven for thinking such widespread support for gun control should lead to change – isn’t that the crucial hallmark of a good democracy? One that changes when, the values and the opinions of members in demos change? Well you are wrong.

If we look at the facts and public opinion, the direction America should move in is clear. However, it is important to note that facts don’t line the pockets of local senators, the NRA does.

NRA stands for National Rifle Association. The group was founded in 1871 as a recreational group designed to “promote and encourage rifle shooting on a scientific basis”.

In 1975, it began attempting to influence policy directly via a newly formed lobbying arm, the Institute for Legislative Action. In 1977, it formed its own Political Action Committee (PAC), to channel funds to legislators.

The NRA spends about $250m per year, far more than all the country’s gun control advocacy groups put together. But the NRA has a much larger membership than any of those groups and disburses funds for things such as gun ranges and educational programmes.

The NRA has lobbied heavily against all forms of gun control and argued aggressively that more guns make the country safer. It relies on, and staunchly defends, a disputed interpretation of the Second Amendment to the US Constitution, which it argues gives US citizens the rights to bear arms.

It vociferously opposes most local, state and federal legislation that would restrict gun ownership. For example, the NRA recently has lobbied for guns confiscated by the police to be resold, arguing that destroying the weapons is, in effect, a waste of perfectly good guns.

Likewise, it strongly supports legislation that expands gun rights such as “open-carry” laws, which allow gun owners to carry their weapons, unconcealed, in most public places.

The Second Amendment has become a badge and bumper sticker, a shield for gun activists and scripture for much of the American right. But like other cherished texts, it is not as clear as many make it out to be.

This right is inherited from the militias who rebelled against the British during the American Revolution of 1776, and it allows Americans to own and use a firearm to this day

The Second Amendment reads: “A well regulated Militia, being necessary to the security of a free State, the right of the people to keep and bear Arms, shall not be infringed.” It is this that gun supporters argue gives them an inalienable and undeniable right to own firearms.

However it is worth considering the context of this section of the constitution. The Founding Fathers wanted to protect their newly independent nation from the tyrannical rule of the ‘old world’. With the constitution in one hand and a rifle in the other, pioneers claimed the Wild West, and a new kind of citizenship was born.

This is a far cry from arguments advanced by gun advocates today. In fact, some gun rights campaigners go beyond the constitution, with former vice-presidential nominee Sarah Palin stating on the campaign trail that “Jesus would fight for our Second Amendment”.

On the other hand, President Barack Obama has admitted that he views his failure to pass “common sense gun safety laws” as the greatest frustration of his time as president.

‘Times They Are a Changing’

The more cynical reader might look at the situation in America and deem it hopeless. They may argue that gun ownership is far too entrenched in the American identity to change and that any hope that things may change is nothing but false. To those people, I might offer a statement made by then-presidential candidate Obama on the campaign trail: “In the unlikely story that is America, there has never been anything false about hope.” The truth is that those who want regulation in the form of common sense background checks have a fight on their hands. Whilst legislators may be too stiff-necked to change, the March For Our Lives campaign showed thousands of young people, personally affected by gun violence and aware of the ills that exist in the system. These children will be legislators, senators, campaigners in the future. This means the NRA may slowly lose its grip on legislators and over time attitudes and values may change. Maybe the times ‘they are a-changing after all’. 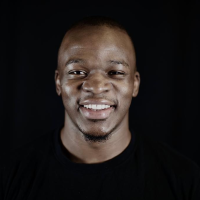