Recently I was engaged in a heated debate on the TL, the main topic of which was the whole Black history/diversity conundrum. I was not surprised to be seeing that a lot of White people were agreeing with this sentiment, but what did not surprise me was the amount of non-Black – or should I say people of colour (POC) – who were also of the same opinion that a whole month should not be dedicated to one race’s achievements. “We don’t see the Asians calling for a Asian history month” was a phrase that was frequently used by both White and Asian commentators.

I am not going to go into a whole tirade on why such a sentiment is ludicrous and explain what Black British history month is really about. Benedicta Denteh’s Black history month article already does a great job of this. Instead my focus is on my dislike of the term People of Colour and the false allyship between Black people and POC.

As a Black woman I despise the label “People of colour”, I am a black woman and like to be referred as one. The label was created to categorise everyone who is non-White and to create an agenda of “minority solidarity”. I applaud the idea behind the term but at the same time most note that it is a romanticised idea to believe in such a solidarity as that means we are denying the widespread anti-Blackness in non-Black communities of colour.

My first experience of receiving a racial slur was from an Asian woman in my local corner shop and I can assure you it was no less frightening to my 8-year-old self than if it had been a white person in a similar context.

There is a racial hierarchy in this world where black people are at the bottom and white people are at the top and I am not going to ignore that POC benefit largely from this hierarchy. All ethnic groups face discrimination but my struggles and battles as a BLACK woman differs as this is an individual battle that only BLACK women will relate to. We are not one homogeneous group, I will never try to erase the the problems that other minorities face that are exclusive to them but time and time again Black peoples struggles are continuously minimised.

I am not denying the necessity of unity but in a world where I need to verbally make it known that Black Lives Matter, my identity lies solely in my blackness and I refuse to hide it under the lazy guise of “people of colour”. 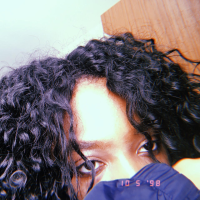 Afoma Andrea is a 2nd year Law with Criminology undergraduate at the University of Hull. Though originally from Ireland she now currently lives in Leeds. Afrobeat and Doctor Who are her babies and she will defend them to the ends of the earth. With aspirations to work in the radio industry, Afoma is also a co-producer at the Optic team on TCSNETWORK.

5 Days Till Autumn Budget – Should I Put More Money In My Pension Now?﻿