Hamilton wins on a Ferrari Track

✊ @LewisHamilton heads into the Summer Break on top of the ?! #HungarianGP ?? #F1 pic.twitter.com/QDSMNHvnAd

Lewis Hamilton drove a commanding race at the front and capitalized on the missed opportunities by the Ferrari team, yet again with Sebastian Vettel.

He led from the start and took full advantage of a car that was well placed for the race, unlike their practice sessions.  At the start, the top 4 went into the turns in position with Carlos Sainz in the Renault vaulting to fifth but dropped behind to 8th as the fiery Max Verstappen cut no corners by doing his trademark lunge down the inside- meaning the fast-starting Sainz lost all his momentum.  The resurgent Kevin Magnussen slotted into a healthy seventh making up places, while Daniel Ricciardo in the out of place Red Bull survived a hit from Marcus Ericsson.

He finished a fine fourth while his teammate retired due to a Renault problem yet again-the switch to Honda could not come sooner, or will it come back to bite the Bulls? One can only speculate until preseason next year.

Contender Vettel took the lead having started on softs while both Mercedes’ pit for new tyres as they started on the Ultra softs. Vettel was set for a fantastic overcut due to the Ferrari’s superior pace but encountering traffic in a span of 4 laps from 36 to 40, after a troublesome affair with Sainz, he finally pitted. But a slow stop ( a disaster in truth as it took 4.2 seconds) meant Vettel fed out behind Bottas. He did not get past and could not get close enough to make a move for over 20 laps. This allowed teammate Raikkonen to close up making it a three-way dogfight. Vettel was managing his race, continuously pulling out of the Mercedes slipstream on the straights to get some cooler air, by which point Hamilton in the lead streaked into the distance. Then on lap 65 after Vettel upped the pace…

This meant Bottas finished P5, with Pierre Gasly taking a fine sixth ahead of Magnussen, Sainz, Alonso and Grosjean. Outside the top 10 were the unusually lackluster Hulkenberg and the struggling Force India’s- whose weekend was marred by the fact that the team went into administration.

He now extends his lead to 24 points heading into the Summer break, of which two weeks remain. A lot has happened in the world of F1 since then. 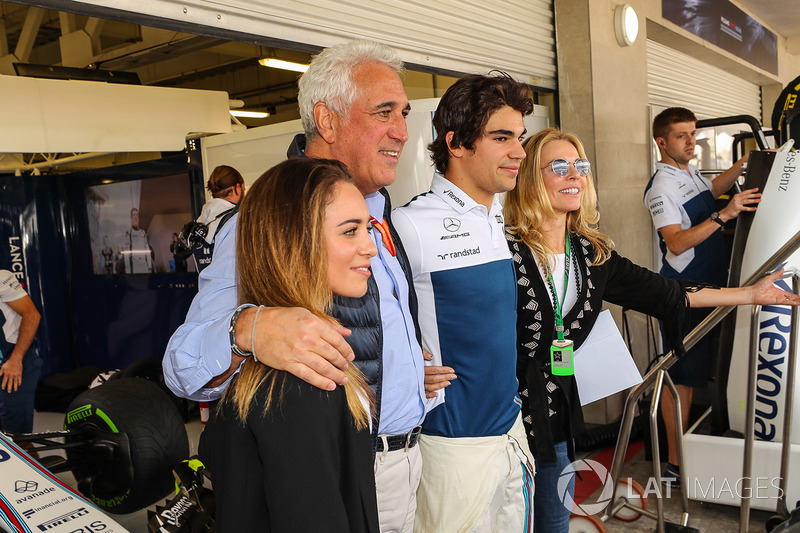 Canadian Billionaire investor Lawrence Stroll, of Tommy Hilfiger and Micheal Kors fame in the world fashion also better know as the Father of Williams Driver Lance Stroll, took over the struggling Force India F1 team from Vijay Mallya, Subrata Sahara Roy and the Mol family. It is understood that driver Sergio Perez was owed in the ballpark of 3 million pounds and Daimler/Mercedes (owed around 9 million pounds) and BWT, one of their lead sponsors.

Sergio Perez later added that he forced his hand in order to save the jobs of 405 dedicated staff at the base.

“This outcome secures the future of the Force India team in Formula 1 and will allow our team of racers to compete to our full potential,” said Otmar Szafnauer, COO of Force India.

“I am delighted that we have the support of a consortium of investors who believe in us as a team and who see the considerable business potential that Force India has within F1 now and in the future. At Force India, our expertise and commitment has meant that we have always punched above our weight and this new investment ensures that we have a bright future ahead of us. I also would like to thank Vijay, the Sahara Group and the Mol family for all of their support and taking the team as far as their circumstances would allow.”

Joint administrator Geoff Rowley added: “It is rare that a company can be rescued and returned to a position of solvency. The quality of the various interested parties has been impressive and required careful consideration as the administration has progressed.”

“Having followed a robust process, in the end we were left with a highly-credible offer to save the company and restore solvency. All creditors will be paid in full, all jobs will be preserved, and the team will have significant funding to invest in its future”.

Force India are now looking to bring in much needed updates to their car as early as Spa, at the start of the second half of the season or latest Monza, the round after in a bid to fight for “the best of the rest title”.  The driver market has now gone up in flames.

Star Daniel Ricciardo announced his departure from Red Bull after winning 7 races and scoring 29 podiums, all with the Milton Keynes based team.

He joins the mighty Hulkenberg at the ever improving Renault team. Renault are projected to challenge for the title in three years. With the starfrom down under, they might just get there sooner. They posses outstanding ability to develop cars and give feedback that is ever so crucial in the world of Motorsports.

“It’s a great shame he’s chosen to leave the team, but I guess in his mind he’s felt that after five years he needs a new challenge,” principal Christian Horner said (on the Beyond The Grid, F1 podcast). “He’s chosen to join the Renault team he feels are in the ascendancy. He knows the Renault product very well from all the time he’s spent with us. And I can’t help but feel he wants to be a leading role perhaps in a smaller environment. The competition between he and Max is intense. Max is growing stronger and stronger and I think Daniel has decided the timing is right for him to check out and try something else … He said he wanted a change. You look at the rational reasons for that, it’s hard to understand. I think it comes back to wanting to take on, in his words, a new challenge. But he sees Max growing and growing in terms of speed and strength and he doesn’t want to play a support role … not that they’re in any way treated any different.”

In a way Horner is right as the ever Improving Verstappen would eventually lock horns with Ricciardo over wins and podiums to be the alpha dog. Perhaps Ricciardo treasures his bromance way more than people think.

This leads us to another seat in a different situation.

Legend and widely considered to be one of F1’s best ever, Double World Champion Fernando Alonso is set to step away and not “race” in Formula 1 in 2019.  This opens the door to his potential triple crown attack, as McLaren look to sign with Andretti or with the Chip Ganassi team.

NASCAR is also a possibility with WEC(an overall championship assualt) and Rallying being an outside chance. Miles, CEO of IndyCar parent organisation Hulman & Company, confirmed McLaren’s entry was in progress in a statement to Autosport(source).

“Today’s announcement [about Alonso stepping back from F1 in 2019] certainly has fueled excitement among IndyCar fans who hope that Alonso will compete throughout the championship in 2019,” Miles said. “McLaren is working to put all the necessary arrangements in place, and we are supporting their efforts. I don’t expect this to be resolved until closer to the end of this year.”

Alonso made his mark years ago, and the above clip is a testament to the fact despite the tyre farce that year. Alonso ursurped the crown from Schumacher after a period of domination, and ended his challenge the following year to become double world champ.

He gained respect widely for dragging the duck of a Ferrari car in 2012 to near Championship glory. Having had his fair share of controversies with Lewis Hamilton at Hungary 2007 and his alledged involvment in Crashgate 2008, he regained his stature in the paddock after a beating to his reputation.

Alonso will keep options open for a return should McLaren be competitve in the future but for now the tributes keep pouring in. 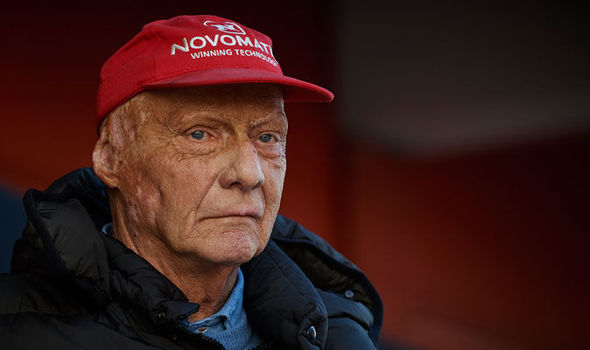 Mercedes informed that 69-year-old Lauda missed the German Grand Prix and the Hungarian Grand Prix because of a bout of “summer flu” and that he was on the road to recovery.

However, his condition was far more serious as it turned out to be a severe lung disease that caused him to be hospitalised which the Mercedes media office was probably unaware of at the time.

The Vienna General Hospital reported on their website: “Due to a severe lung disease, Niki Lauda had to undergo a lung transplantation at the AKH Vienna today. The transplantation was successfully performed by Walter Klepetko, Head of the Clinical Department of Thoracic Surgery, and Konrad Hötzenecker.”

“We ask for your understanding that the family will not make any public statements and request the privacy of the Lauda family.”

Now, Lauda has fought yet another life threatening batlle and won, read all about it in Motorsport.com.

Doctors reveal the full critical nature of Niki Lauda's illness – and his life expectancy without a lung transplant. #F1 https://t.co/voA4tZP043

Mr Lauda, now is on the road to recovery, being recommended 6 moths of no travel, meaning Mercedes would have to live without a stalwart leader for the ever crucial second half of the season.

Boris Johnson, Free speech and the right to provoke