Africa is a big continent with 54 different nations, cultures and language and so it’s naïve to generalise mental health in the continent. Each African nation has their different stigmas and suspicions around mental health. NGOs health organisations that work to aid some African countries with health issues deliberately link mental health with poverty and human rights. They say high prevalence of emotional distress is fuelled by the harsh economic circumstances. Some African nations are not involved in the study of psychopathology. According to the WMH surveys, lack of mental health testing and research in Africa is the only explanation for evidence of absence of mental health awareness in the region.

Mental health challenges in Africa has also been linked to a very high level of HIV/AIDS in the region causing high sucide rates . 75% of South Africans won’t get treatment, or cannot access mental health facilities, while more than 90% of people in Nigeria don’t have access to mental health care. These are the middle income nations of the continent, pointing to an even worse situation in others. WHO World Mental Health (WMH) surveys in Nigeria found low rates of mental disorders.

WHO surveys find it hard to trace mental illness causes in Africa as there is not enough studies, facilities and testing or more importantly therapists; in Nigeria a country of over 200 million people, there are 150 practising psychologists and 3.3% of the health budget goes towards mental health. Nigerian mental health professional Dr Ayo Ajeigbe said to The Guardian he received a patient in his practice who came to visit him with no request for support, only to find out what a psychologist looked like. Giving the faults to merely stigma and superstition is no longer enough. There is a need for scientific evidence and provisions and resources, which currently are chronically lacking.

Since the early 2000s there have been trials to evidence that tackling mental health in Africa can be very effective to reduce African countries’ poverty levels. African political leaders are often to blame as they overlook the role mental health can play in reducing poverty levels. Systematic reviews have shown that mental health interventions improve economic situations of households affected. Mental health is important to attain many of the Sustainable Development Goals related to poverty.

In April 2016 the World Bank and World Health Organisation commissioned Making Mental Health a global development priority. WHO global Mental Health Action Plan (2013-2020) and the World Bank’s Mind, Behaviour and Development Unit outlines the actions to fight global mental health. Nigeria’s movements towards user-led and community based services, to take action to fill this gap is one that Western nations can learn from. Networks empowering people with skills and embedding a culture of listening to people’s needs first, rather than implementing top-down systems upon them, may lead towards sustainable action.

May 18-24 May is Mental Health Awareness Week, as promoted and championed by the Mental Awareness Foundation. Tarisiro Anesu Fundira from Zimbabwe, a civil engineering 3rd year student at the University of Manchester started Create Zim, a mental health initiative to address apathy amongst the youth in Zimbabwe. After posting a short video on Instagram of himself speaking about his experience on mental health, many Zimbabwe youth have taken part in the challenge and tag their friends to speak about their mental health experience with the #I’MFINE. Creative Zim was recognised by the Chancellor at University of Manchester Lemn Sissay MBE to win the University of Manchester Outstanding public and community engagement initiative Award this year.

Tarisiro was inspired by the loss of his brother Farari Anesu Fundira in July 2017. He had been suffering through depression for a couple of years and consequently took his own life. After mourning and dwelling over his death, Tarisiro was stirred to create an environment where people could have the opportunity to speak about such mental health conditions, a luxury his brother never had. Tarisiro described his work, “Create Zim is a way in which I could provide a fun and therapeutic environment in which the people of Zimbabwe could feel like they could have an opportunity to talk and face their mental health issues due to the decades of trauma our country has gone through.” He aims to use Create Zim’s momentum success to expand mental health awareness among youth of other African countries during the COVID-19 pandemic lockdown.

Junior Usina is a managing editor at The Common Sense Network, focusing on marketing.

Agency workers are in the Coronavirus firing line 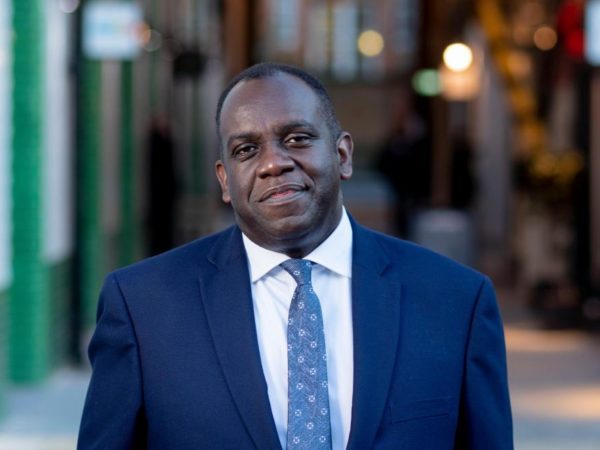 A long-awaited report commissioned in the wake of the Black Lives Matter movement has concluded, ...