Juventus and Real Madrid proved last week why the master is still in charge and the student still has a lot to learn. Tottenham Hotspurs and Paris Saint-Germain showed a lack of experience in their Champions League campaign this year.

PSG with the acquisitions they got this summer, such as record transfer fee signings of Neymar and Kylian Mbappe were looking to take the Champions league by storm. In the group stages, they showcased their display of talent and dominance. With the last 16 stages being picked and them being drawn against Real Madrid, it would be the first opportunity for them to be tested and cement themselves as a powerhouse in this competition against the previous Champions.

With the French team’s chances already slim, as result of the first leg where they lost 3-1 to Real Madrid.  The second leg at the Parc de Princes proved to be a tough challenge, with their star player Neymar being injured against their rivals Ligue 1 side Marseille a few days earlier. He suffered a fractured metatarsal and a sprained ankle with no estimated time for his return.

Alas, Real Madrid didn’t even need their star players to see them through to the quarter-final. They achieved a 2-1 win with the likes of Bale and Kroos being substituted on rather than starting and their best midfielder Modric not even playing.  With a goal from Cristiano Ronaldo in the 51st minute making the match for PSG an uphill challenge, especially with Marco Verratti being sent off with a red card at the 66th minute mark, Cavani the striker equalised for PSG even with ten men.  However, a second goal from Casemiro at the 80th minute sealed the game for Real Madrid. 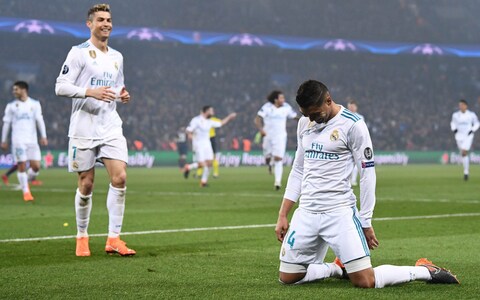 Casemiro and Ronaldo both secured goals against PSG (source: AFP)

Now there are questions to be asked what PSG should do going forward? Do they need to go back to the drawing board? All their star players didn’t step up and tactically they looked lacklustre and it looked like Real Madrid were fairly comfortable throughout the game.  On paper, PSG are better than most teams in the world but if they can’t win when it really matters, then that’s a problem. There are also rumours of Neymar looking for an exit back to Barcelona, which is sure to cause distress in the PSG camp.

Frank Lampard isn't happy with how PSG crashed out of the Champions League… pic.twitter.com/HpJ3I68kON

Tottenham Hotspurs away tie to Juventus in the first leg was a very interesting game, Juventus managed to score 2 goals form Higuaín within the first 10 minutes of the game, it looked to be all over before it had even started. A Harry Kane goal at the 35th minute looked to be a consolation in the first half, in the end, Eriksen’s goal at the 71st minute gave them two crucial away goals and the lead. If they replicated such a performance at Wembley it would have seen them through to the quarter-finals. 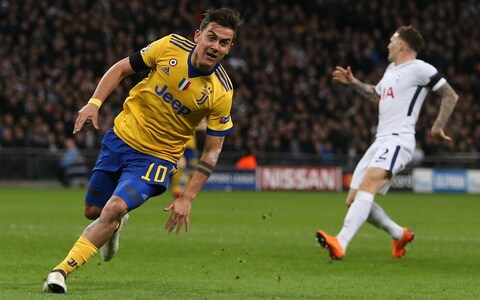 However, what looked like it was going to be a dominant performance by Spurs going 1-0 up in the 39th minute from Son Heung-min and the team having several shots on goal. However, Juventus’ substitution of Ghanaian Kwadwo Asamoah for Stephan Lichtsteiner and the changing of the back 3 defence into a back 4, allowed Juventus to have more width. This tactical change was a catalyst for Juventus’ victory. Almost immediately, in the space of 4 mins, Higuaín and Dybala scored goals at the 64th and 67th minute, capitalising on two big mistakes by Tottenham.  This really dented Spurs’ spirit and morale and they couldn’t equalise to take the game to extra time.

The vast amount of experience showed in the Juventus side to see the game out through the end with Giorgio Chiellini commenting that ‘Tottenham have always created many chances to score – but they miss always something at the end’.  Chiellini’s quote is indicative to their Premiere league title challenge in the 2015/16 season where they came up short against Chelsea to allow Leicester city to win the Premier League Champions.  With Spurs always getting there but not quite making it, how long can the club keep their star players before they decide to go to bigger clubs that consistently challenge and win? And how long before Real Madrid come knocking for Harry Kane’s services?

PSG definitely have another attempt next year as they’re set to win their domestic league. Likewise, can Tottenham hold out long enough for a top 4 finish, to secure their place in next year’s Champions league?