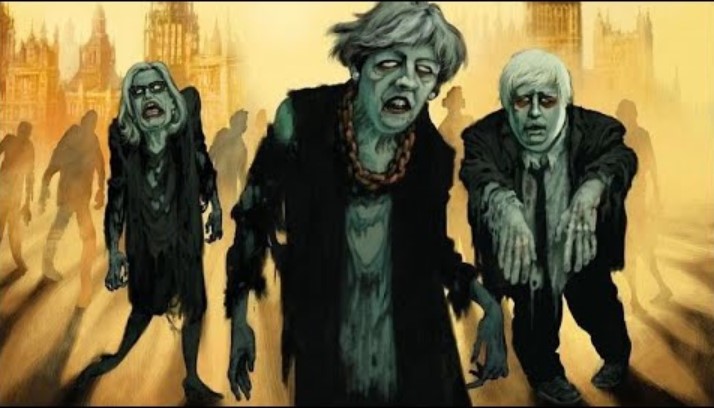 The Queen accepted Boris Johnson’s request to suspend Parliament until the Queen’s Speech 14TH October from her summer retreat at Balmoral, Scotland, prompting a furious political row, leading to over 1 million signatures on a petition to stop the Parliamentary prorogue in the race against time for Tory rebels and opposition parties to stop a no-deal Brexit default withdrawal.

What is a prorogation?

Parliament is usually prorogued (suspended) once a year before the summer holiday ending a session with a Queen’s speech ‘state opening’ to the new session. Since 2010, this has been May or June.

The present government has set a dangerous precedent of interfering with this timetable in deciding not to bother with prorogation last year. This has been the longest session in history, without a Queen’s speech since the 2017 election.

This was intended to deprive the opposition debating time, since this is measured out per session, not per year.

It is these kinds of constitutional shenanigans that can bring the seat of democracy into disrepute may have parallels with the dying days of Weimar Republic. The President called an early election to suspend Parliament so it couldn’t countermand the President’s decrees, which would then have months to bed in while Parliament couldn’t sit in session.

Perhaps this is the spark to ignite the United Kingdom out of its long slumber of indifference. If Parliament were prorogued until November, the row would have begun immediately.

Prorogation is presented as a power grab but in practice all it does is keep the law as it is – preventing changes to the statute being made for a time. It wouldn’t work as a mechanism to deliver a No Deal Brexit if MPs hadn’t already voted for No Deal. When they set it as the legal default by passing the EU Withdrawal Act a year ago.

The trend of Remainers trying to wage ‘lawfare’ against every political decision they don’t like is much more damaging to the constitutional balance of the state. There’s only one group of people who benefit from it – the lawyers.

May Vs Boris: Who pulled it off better?

Theresa May’s protestations were Parliament constantly frustrated and prolonged the Brexit process, and there was nothing she could do about it. Ironically, this was categorically false.

Unlike May, Johnson is clearly serious about delivering the date that he has promised.

The EU played their hand rather well at the time in getting Theresa May to agree to a deal of their liking. The ball was then in the PM’s court. i.e. it was her responsibility to get that subpar deal passed through Parliament.

As Theresa May and her cabinet weren’t willing to go ahead with no deal, the circumstances remained the same and the can was kicked down the road. There was no need for the EU to make any changes on their end of the negotiating table. So, they really had no further pressure. May lumped it all on herself.

Why did the PM want to block Parliament sitting?

Mr Johnson has framed the current battle as one between Parliament and the people. He is confident of the people’s backing and has prepared his war cabinet to test this resolve with voters in an election.

The process of prorogation is a cavalier move to frustrate the Parliamentary democratic gridlock that has both been the foundation of Britain’s prosperity and stability, but also its demise.

The manoeuvre halves the number of pre-Brexit sitting days for government ministers to be held to account.

The Events As They Unfolded

Arch-Brexiteer and Leader of the Commons, Jacob Rees-Mogg, was accompanied by two Conservative members of the Queen’s Privy Council, taking a request to suspend Parliament for 32 days to the monarch’s Scottish summer residence in Balmoral Wednesday morning at the behest of the PM. The PM has dragged the Queen into the debacle, leaving her little choice but to accept as no sitting monarch has defied the will of the PM since Queen Anne in 1708. While technically head of the government, it didn’t stop Charles I from having his loped off.

Firstly, the Queen’s Commissioners are Labour and Lib Dem. Neither would have willingly travelled to London to agree the prorogation. Secondly, the Queen would then have had to go herself, putting her in an invidious partisan position in the whole debacle. A request that would have likely been refused. Thirdly, a Parliamentary vote against prorogation before the PM asked for one would have given the Queen grounds to possibly refuse such a request.

Not all is well amid the dark satanic mills

It has been widely viewed as an ‘abuse of power’ and ‘entirely undemocratic.’ Mr Johnson has been accused of acting like a ‘tin-pot dictator’ while Commons speaker John Bercow said the move represented a ‘constitutional outrage’ which he would fight ‘tooth and nail’ to stop.

“the suspension is unnecessary and an affront to democracy”

John Bercow, Speaker of the House

Protestations from Labour leader Jeremy Corbyn and Lib Dem leader Jo Swinson addressed the Queen regarding Boris Johnson’s ‘anti-democratic’ moves. Mr Corbyn will try to legislate to block this 32-day suspension and has vowed to move to a vote of no-confidence if that fails.

Opposition MPs may be able to turn to Mr John Bercow, the Tory Speaker of the House, who was not informed of the plans.

Calling short his holiday, he railed against the government: ‘However it is dressed up, it is blindingly obvious that the purpose of prorogation now would be to stop Parliament debating Brexit and performing its duty in shaping a course for the country.’

The Hansard Society, an independent group studying parliamentary affairs for more than 70 years, said the length of time involved for the suspension of Parliament was ‘unnecessary’, calling it an ‘affront’ to democracy.

The petition soared over a million signatures and demonstrations are being held up and down the British isles.

Given the EU has refused to re-open negotiations on the basis the Withdrawal Agreement worked out with his predecessor, it is the only deal on the table. The EU is well and truly in the driving seat. The Irish backstop to preserve the Irish border prevented 3 renegotiated deals from passing in the Commons.

Without an agreement to be reached between the UK and EU before October 31ST 2019, or revoking Article 50, or a vote of no confidence successfully carrying to a general election that could be interpreted by the EU legislature as 28 member state consensus to postpone departure we will be leaving on WTO terms.

The lack of time to implement any new deal that could be secured with more bargaining chips in the Tory government’s corner is also an issue.

Legislation to stop no-deal with MPs voting against it on its own would not require the government to act, nor would it change the law. The Cooper Act was a one-off law to stop no-deal Brexit that cannot be used again.

A Vote of No Confidence?

A vote of no confidence, if successful, is not enough alone to stop a no-deal. It needs an emergency government of national unity, yet the MPs are divided over who should lead the process.

The PM could call an early election to secure mandate for no-deal Brexit, yet between 14TH October and Halloween, there isn’t adequate time.

The Government’s position is clear: to pursue Brexit and leave the EU on October 31 following the advisory referendum decision in 2016.

The outside chance of a coalition between the Lib Dems, SNP and Labour or others to form and arrest the Brexit process seems slim. There was a willingness for a majority of some form or other, this prorogue quashes that. The timing is also smart for coinciding with the conference season, enabling several things to be brought to a head while castrating the opposition to pass legislature or debate.

The opposition could block a general election if they wanted to. Yet, this would put the tail between the legs of Mr Corbyn’s Labour Party given how frequently they have been calling for one.

The Labour Party will be killed electorally if it continues its current fudge. It will have to either come out as a clear Remain Party or offer a People’s Vote with the two pronged revoke Article 50 or a better, closer deal with the EU.

Parliamentarians may well call a vote of no confidence when they return from their break. This would take those opposed to a no deal Brexit to cast aside their differences and pass this motion. An unpalatable choice for even the most ardent Tory remainer. As for the Liberal Democrats, ousting Mr Johnson before Brexit may require an uncomfortable caretaker government under Labour’s Jeremy Corbyn, an outcome they rightly fear.

Brexit is really a façade affair for the EU deep state institutions to send a clear message to the other member states. Mess with us, and this British domestic crisis you see could be a lot closer to home before you know it.

Jesper Katz, ex-director of ACRE, commented ‘the EU has had a tactically flawless negotiation. Strategically, less perfect if the UK becomes a Singapore, but probably the deep state in Brussel thought it was worth risking such an outcome (though undesirable) for the potential gains.’

By forcing a divorce settlement first, they ensured they got all they wanted and insisting on the backstop almost ensured they would get everything in the next round – but for a few brave souls.

Negotiating on Commission rather than member states won for them on size, coherence and the eurocrats not having skin in the game.

The EU wants a domestic crisis in the UK as a Eurocrat way of sending a signal to the ruling parties of other countries not to try the same, increasing the relative power of Brussels over the member states in the future.

You lose if you are not willing to walk away from the table, simple as that. Mr Johnson has called time, but late is the hour.

The EU deep state is now testing the UK to see if MPs will pass a vote of no confidence and the resulting general election. They hope for a caretaker remain government and put their mission back on track.

A general election will mean the EU does everything in its power to grant the UK an extension to Halloween. The rule that only governments can request an extension will be bent if Parliament sends a request OR can be interpreted that the UK is not in consensus on the matter of leaving under the default terms – since there won’t be a Parliament in session.

Should Johnson survive, the EU may well back down on the Irish backstop last minute. A concession this late in the game would prevent the PM from demanding more concessions. 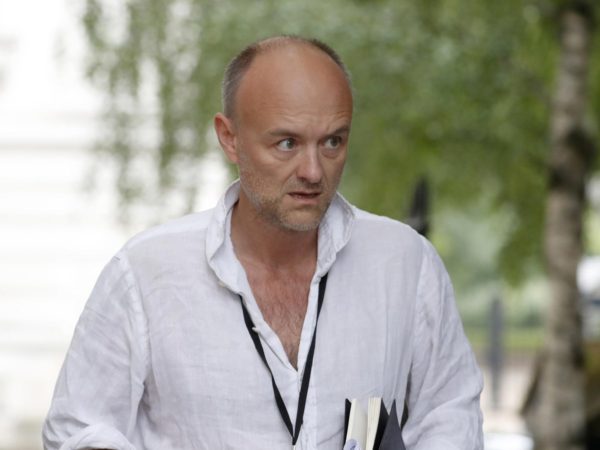 British Prime Minister’s Right-Hand Man has been on a mission to destroy his ...