When the Office of National Statistic broke the news that Black people are more than four times more likely to die from Covid-19 than white people, it confirmed what Black communities always suspected – that Covid-19 would compound the stresses already felt by people of colour and cause a disproportionate amount of pain and loss. Many read the headlines and found it hard to deal with, feeling mentally and physically depleted. Black people, overrepresented in front line services, have in this season faced unique challenges and pressures whilst still having to show at work because lockdown is largely seen as a luxury.

When global protests erupted over George Floyds death in America, Black people looked at their screens and knew that it would have real world ramifications, especially at work. Already dealing with the mental trauma from COVID-19, the worldwide exposure of racism has had a particular sting. Not only did it remind us of the broken system we live in, it reminded Black people up and down the country about their wounds. Many young Black males could empathise with police brutality and excessive police force. Hate crime rates have more than doubled since 2013. Stop-and-search became more common against all ethnic minority groups apart from white and Chinese people between 2014 and 2019, and Black individuals are almost ten times more likely to be searched than white individuals. This is the country where, in the last 10 years, the Windrush scandal, the Grenfell fire and the hostile environment are symptoms of a very deep-set racism.

As well as these fresh reminders, witnessing the heart wrenching images of the final moments of George Floyd’s life has led to an endless number of conversations, panel discussions, meetings, surveys, one-to-one chats, webinars, texts exchanges, interviews, workshops, blogs and social media postings. Front and centre in all of these discussions are Black employees who are called on by their bosses to be the spokespeople for the black plight and struggle. Many have had to talk about their personal experiences, explain the differences between Black Lives Matter and All Lives Matter, break down microaggressions, ally-ship, all this whilst staying professional and working hard to not be perceived as a moaner or a bad sport. This creates another layer of trauma and fatigue for Black professionals. Some bosses are well-meaning however, Black people are tired. Having to explain our struggle when saddled with unprecedented stress and injustice is exhausting. Black employees are expected to do their jobs and take on an added responsibility of educating those who benefit from the system… for free. They are expected to teach, correct, and speak on all these issues at work when it is not in the job description.

The ask is simple, before you thrust another ‘opportunity’ at your Black colleague or employee, consider how they may be feeling. If you are unsure, ask. Many Black people are dealing with battle fatigue and trauma; the constant requests make things worse. What are you doing to make things easier for the Black people you work with or are you contributing to the problem?

Lankelly Chase is the result of a merger of two organisations. The names Lankelly and Chase were chosen by their respective founders to preserve their anonymity. The Chase Charity was set up in 1962 by the philanthropist Major Allnatt, whose fortune came from developing land along London’s North Circular. Ron Diggens, succeeding him, merged the property company with Slough Estates and established the Lankelly Foundation.

As large employers, the two founders saw the role of work as giving people self-respect and purpose. Major Allnatt had a long-term interest in the rehabilitation of offenders and also understood the power of the arts to touch people.  Ron Diggens set a broader remit for the Lankelly Foundation that allowed the Trustees to focus on the arts, old buildings and charities working directly with vulnerable people, such as elderly people and those with disabilities. 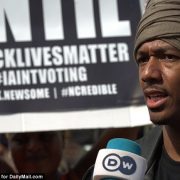 Racism is not just a “white” problem 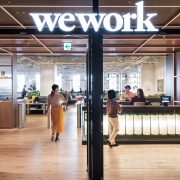