The most expensive game in the world of football is taking place at Wembley this weekend, and one team will be gifted the prize of £160million and also win a spot in the best league in the world, the Premier League. Both sides appear to be heading into the game full of confidence, with Villa boss Steve Bruce proudly claiming in his pre-match press conference that Villa’s preparation has been “absolutely ideal”.

In Bruce and Villa’s way stands the formidable free-flowing Fulham, whom have been urged by their boss, Slavisa Jokanovic to “cross the magic line” into the top-flight of English football.

Robert Snodgrass, the Villa winger on-loan from West Ham has lauded praise on Fulham striker, Aleksandar Mitrovic, citing him as “they’re the biggest threat”, an opinion backed up by the stats, with the Serbian forward having netted 12 goals in 19 appearances since joining on-loan from Newcastle in January.

The meetings from this season resulted in a win for both sides, with Villa beating Fulham 2-1 at Villa Park and Fulham defeating the Villains 2-0 at Craven Cottage. From the 2-0 win for Fulham three months ago, Villa were on the receiving end of a dominant performance from The Cottagers. 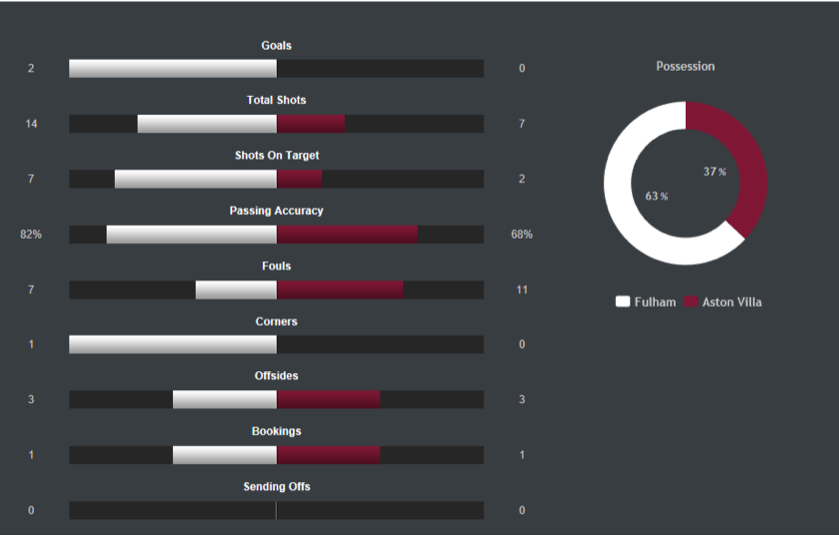 In the semi-finals both sides deservedly got to the final, with Villa defeating Middlesbrough 1-0 on aggregate, whilst Fulham defeated Derby County 2-1 on aggregate. The job for Villa was done in the first leg at the Riverside Stadium as a Mile Jedinak header in the first 15 minutes of the two-legged tie was enough to see them go through into the final.

The path was harder for Fulham, as they had lost their first leg at Pride Park through a Cameron Jerome header, with the Lilywhites having to overturn a goal deficit at Craven Cottage.They did so, with goals from  Championship player of the season Ryan Sessegnon and ex-Lokeren defender, Denis Odoi adding a second through a glancing header at the front post. Both teams are good enough to get to the Premier League, but there has to be a loser. It’s a cruel game but worth the accolades if you do win it, with Villa not have been in the top flight for two seasons, whereas Fulham haven’t been in the Premier League for four years.

Can we expect Fulham to come out of this tie victorious? Although Villa do possess the experience, Fulham possess the real talent out of the two sides.