Good Morning Britain has announced that Alastair Campbell will be a guest host from 10th May to the 12th May, which some are as a replacement for Piers Morgan.

The breakfast show has been looking for a co-host ever since Piers left in March after he questioned the suicidal thoughts of the Duchess of Sussex Meghan Markle which she revealed during a highly controversial interview with Oprah Winfrey.

Morgan said that he ‘didn’t believe a word of it’, this, in response to Meghan’s revelations of her suicidal thoughts and the treatment she received during her time as a royal family member. Ofcom received 57,000 complaints because of these remarks, and Mind, a UK Mental Health charity, issued a statement criticising Piers remarks. The day after his comments and whilst the show was going on, Alex Beresford criticised Piers remarks. Alex’s comments made Piers walk off the set, which went viral across the internet. Soon after, Piers announced that he would be leaving Good Morning Britain and has since reiterated his remarks about Megan.

Since that controversy, Good Morning Britain has been searching for a new host to go alongside Susann Reid and have decided to bring in Alastair Campbell as a guest host. The former aid to Tony Blair and well-known journalist will be hosting during Mental Health Awareness Week. Campbell has previously spoken about his mental health troubles in the past and has since written for the Independent saying that he hopes that he and Good Morning Britain can “do something big on the issue.” He is also looking forward to interviewing politicians from all political spectrums and questioning government ministers. Since this announcement, Piers has warned the new host to hold back, urging him to be cautious due to what happened to him a few months ago. Some people have compared Alastair with Piers, but the former aid has since tweeted that he is not the new Piers Morgan.

“We look forward to welcoming Alastair as a guest presenter on the GMB desk this May. He of course has a huge appetite for the world of politics and hard-hitting news but we’ve also seen his vulnerable side, such as his personal struggles with mental ill health.

Alastair Campbell is as dry as Walkers Ready Salted Crisps

Good Morning Britain relies on entertainment, which is why they are where they are. Without a doubt, Piers Morgan has been the mastermind behind such success, and the show is not the same without him. Television is about ratings, and if GMB wants to beat their rivals that include BBC Breakfast and the upcoming GB News, hiring Alastair Campbell as a co-host is a terrible decision.

He is a well-known individual, author and journalist, but he is also bland, unoriginal and dry like Walkers Ready Salted Crisps. He also has the same old left-leaning liberal perspective that many of us are getting sick of hearing. The TV space is so heavily satirised with these types of opinions, and as much as Piers crossed the line with Megan Markle, at least he wasn’t like every other TV host. He was a breath of fresh air away from the overly left-leaning, woke and politically correct obsessed perspective that is persistent within talk shows.

Alastair is the polar opposite and isn’t someone who makes people jump out of my seat and makes me want to get up at an ungodly hour and tune in. If people want to see journalists holding members of parliament to account, they should tune in to BBC Breakfast rather than ITV. GMB had the chance to find a co-host that would excite viewers, but they are left deeply disappointed. GMB should find someone else if they want to continue their upward growth, and that person needs to be someone who isn’t everyone’s cup of tea, someone who is going to speak their mind and someone entertaining. Alastair Campbell doesn’t fit this bill, and GMB must find someone else; otherwise, they will fall into irrelevancy. 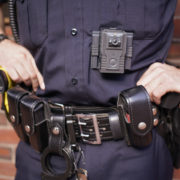 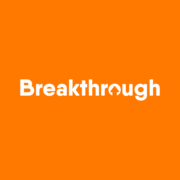