As of late, as for most people I am sure, the environment has been an issue playing on our minds, especially considering the fact that it would appear that we are accelerating in terms of global warming, climate change and animal extinction.

A few months ago fire spreading across the Amazon rainforest shocked the world. The viscous fire made for one of the most devastating forest wildfires in the region to date.

Brazil’s fires came as a global concern also due to large amounts of carbon being emitted into the atmosphere, compromising the complex ecosystem in one of the most bio-diverse areas on the earth. There are both worries on impact on the environment and on animals in the whole world as fires like these could result in the degrading of this mighty rainforest into a savannah or even drier conditions.

A big question in the discussion of the Amazon wildfires is whether the cause was man-made i.e. to create space for animal agriculture or were due to the ever changing climate. This is still a major question as Brazil’s president last week accused actor Leonardo DiCaprio of having a hand in starting the fires.

But the Amazon has not been the only geographical location witnessing wild and raging fires.

Africa has also been experiencing large fires across southern and central regions This is exactly breaking news, but for some reason these wildfires haven’t seen as much coverage as their Amazonian counterpart.

NASA’s Fire Information for Resource Management Map shows large areas of fires across Angola, Zambia and the Democratic Republic Congo, Mozambique and Madagascar, with almost seven thousand in Angola and over three thousand in of Congo.

And so in fact, more fires have been burning in central Africa than the Amazonian rainforests.

What is causing the fires, and if the fires in Africa are so big, why haven’t they gotten as much attention as those in Brazil? Why isn’t anyone making any noticeable moves to combat this hot fury?

The fires in Mozambique and Angola could equate to an annual phenomenon in the dry season and these are meant to be part of the eco-systematic renewal and actually jolts the countries into new growth. Whereas, it is believed that the fires in Brazil are far more unnatural so a bigger devastation to the environment and the longevity of this planet.

Director of the Energy and Climate Intelligence Unit, Richard Black, has explained that it is difficult to distinguish the problems the fires between Africa and the Amazon have caused as they present similar problems to the environment.

However, he went on to tell the Independent that it is natural that many small scale farmers do this in order to “revitalise” and clear land for crops and agriculture, which is not an unknown economic factor to the fires.

The Cultural and Economic Factors

It’s common practise to do what is often named a slash and burn operation (burning to make the ground for fertile) in both regions and has been for thousands of years in order to enrich soil for farming.

In addition, Angolan Minister of Environment, Paula Francisca Coelho, explains that they are not real forest fires but operations to prepare the fields for new seasons of growing. If this is so, then from an ecological point of view, it is impossible to compare what is going on in Brazil with what has been going on in the continent of Africa.

A Possible Other Reason

There has been much speculation that perhaps the reason why the fires in Africa haven’t been as widely noticed and advertised is because the continent itself occupies a low number in the list of priorities in people’s minds. When it comes to many of the tragedies the continent has faced, even recently such as the Otedola Bridge fire accident in Nigeria and the deadly Cyclones in Mozambique, the public seldom are informed of the tragedies or perhaps they just do not take much interest.

Perhaps answer why there hasn’t been as much attention on the fires requires more in-depth understand of what is causing them and how big their effect on the environment is.

But what is certain is that all green spaces are paramount to the endurance of this planet. We need more people to take these environmental issues seriously and begin to create real solutions for both problems that exist and the pending ones. Paying more attention to all regions of the earth, and understanding how they are affected both naturally and unnaturally are perhaps the only ways we can combat one of the biggest issues we currently face and become more aware of what is constantly going on around us. 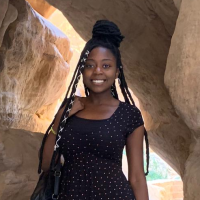