Deontay ‘Broze Bomber’ Wilder KO’d Cuban Heavyweight Luiz Ortiz in the 10th round. Ortiz, dubbed King Kong, was ahead on the cards at the Barclaycard Centre in New York, and almost knocked out Wilder in the 7th round. But Wilder (32 years old) showed resolve and toughness by coming through the storm to knock out Ortiz (38 years old) in the 10th round. The win means that the ‘Bronze Bomber’ has knocked out all 40 men who have faced him, many in the first round itself.

The fight started slow with both fighters acting with caution. Ortiz, the left-handed southpaw and Wilder, the right-handed orthodox fighter both pumped crisp jabs to line up their strong backhands. Boo’s began to ring from the crowd by the 4th round, but this only served as ignition for the fight and made it into the barnstormer it was. At the end of the 5th round a straight right wobbled Ortiz and staggered him. He was lucky to be saved by the bell.

However the 7th round became the talking point of the fight. Both fighters landed their punches at the same time but Ortiz had greater effect. Wilder held on until the end of the round, but it was the first time since turning professional in 2008 that we have seen Wilder in trouble.

The fight was closed out in the 10th round. Having displayed tremendous fitness to recover by the 8th Wilder started to apply more and more pressure. And ultimately the pressure paid off and in the 10th round he clipped the Cuban with a sweet right hand. Ortiz beat the count but this was to be his last act of bravery. Wilder once again caught Ortiz and referee David Fields instantly declared King Kong unfit to continue.

The implications of Wilders win are huge. It increases pressure for the showdown with him and Joshua to come to fruition by the end of the year. Wilder showed he is able to come through adversity, and has a solid chin. But questions still remain as to whether his lack of boxing ability, will stand up to a young and fresh fighter who has more gears than the elderly Ortiz.

Also on the weekend Kell Brook defeated Sergei Rabchenko in his first fight after back-to-back defeats to Gennady Gennadyevich Golovkin often dubbed GGG and American superstar Errol Spence Jr. A sweet uppercut finished the affair in the second round and leaves Brook in a healthy position to challenge once again for a world title at 154lbs.

Brook is back!!! ?#KellBrook wins on his return with a fantastic knockout against #SergeyRabchenko Kell look in good condition at 154 can he win a world title at this weight??? ? #BrookRabchenko #Boxing pic.twitter.com/KTVQbsZAIr 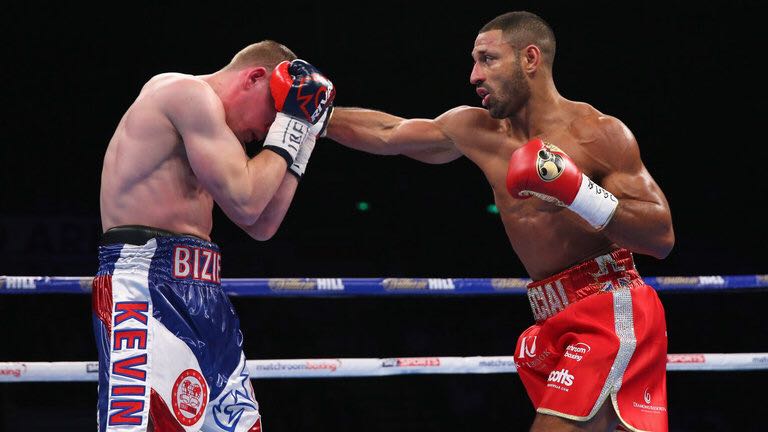 Akwasi Appiah is a 3rd year Economics student at Queen Mary University. He has a strong passion for talent development and music. He has his own blog ‘akwasiappiah.com’ and has written for discussion outlets such as @OGGM_ and @DesiringGod.

Demonstrators of the 'No Outsiders Programme' at Anderton Primary...
Politics

What the U.S. Midterm ‘Rainbow Wave’ Means for the LGBT+ Community

by Charlotte Davis The US Midterm Elections saw a record number...