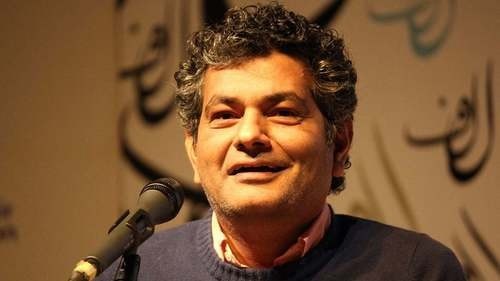 As part of Manchester Literature Festival, Mohammed Hanif spoke to Steve Dearden about his writing and his third novel Red Birds. Dearden started the evening by asking Hanif about his “stretching of reality”, a resonating theme throughout his books, beginning with his debut novel of 2008 “A Case of Exploding Mangoes” – an alternative and fictitious take on the demise of the Pakistani military leader General Zia ul-Haq. Hanif responded to this apparent “stretching” by referring to the recent disappearance of the Saudi journalist, Jamal Khashoggi, from the Saudi Embassy in Istanbul.

“Is that pushing reality or is that our reality?”

Pinpointing the inherent strangeness of our times, Hanif’s background as a journalist, and previously head of the BBC’s Urdu Service, makes complete sense: Pakistan’s complicated history and present can in some ways only be captured by someone who is analysing these complicated events as they unfold. A Case of Exploding Mangoes won him breakout success, leading him to winning the Commonwealth Book Prize and being shortlisted for the Guardian First Book Award and the Man Booker Award. Alongside his established career as a novelist he has gained a regular opinion column in the New York Times and has also written for the Washing Post as well as the New Yorker. His is a fresh and critical voice which captures the thoughtful Pakistani intellectual and his opinion pieces have covered everything from India-Pak relations to the perils of making the perfectly round roti.

Whatever the subject matter, he is an authority on Pakistan, not by default of being Pakistani, but by commenting on realisms from an insider’s perspective and where appropriate layering it with comedic effect. And this is what Hanif represents as a writer, a dazzling story spinner from a precarious post-9/11 Pakistan touching on the strangeness of the stories around us. He spoke of the daily grind of journalism and his secretly held dream of becoming a writer. He tells the audience that his MA in writing at the University of East Anglia taught him that there was no shame in wanting to be a writer and it “it is not something you have to do in a closet.” Most of all he learned that nothing in his writing is sacred, and that one must engage with one’s own work by taking a red pen to it.

Hanif has many things to say about writing, Pakistan and the world. And so does Red Birds. Told from the point of view of a shot-down American pilot, a 14-year old boy living in a refugee camp and a dog. The novel maintains the comic element of the previous two books but directly addresses phenomena of the “camp” the humanitarian tragedy and the broader ineptitude of foreign and local intervention in curtailing the root causes of displacement.

One of the defining aspects of Red Birds, is that it is set nowhere. Hanif admits that with the first two novels firmly set in Pakistan he purposefully didn’t want to add local colour to the third novel but rather highlight the perception that somehow camps are not real places and the collusion we have with that. The book also infuses some of the personal and public tragedies Hanif was experiencing at the time which he sees as “seeping into the book”. Tragedies which include the dying and killing of close friends as well as reporting on forced disappearances; the kidnapping of young boys by the intelligence services and the families who stage protests with placards asking the state “What has happened to my boy?”

Now a regular at literature festivals, and especially in Pakistan, he has tried to brooch the subject with audiences but found it was met with apathy or upset and sometimes even outrage. And this is another dimension of Hanif which sets him apart from the other English-language Pakistani authors, his realism extends beyond the urban, English-speaking middle class. Hanif takes pride in his Punjabi background and now holds a bi-monthly Punjabi language current affairs vlog.

“I’ve been a journalist for around 25 years, in my family and village nobody had read anything I had written…but with this Punjabi blog…everybody has seen my journalism. By doing it there is no wall between my audience and me…I am quite thrilled…I feel smug about it.”

One can’t help feeling smug on behalf of Hanif, especially as his future projects consist of an opera based on the life and death of the late Benazir Bhutto. Lauded as one of the freshest voices coming from Pakistan, one also can’t help thinking if Hanif had continued to write with shame in a closet. The world and naya (new) Pakistan certainly needs an original and envelope-pushing voice to make sense of it. After all, story-telling is a basic need he tells the audience.

Homera Cheema is a writer based in Manchester. After some years working in aid in the UK and in field missions she is now undertaking an MA in Creative Writing at Manchester Writing School and writes reviews on author events, books as well as articles.

Wading The Storm: The US Market