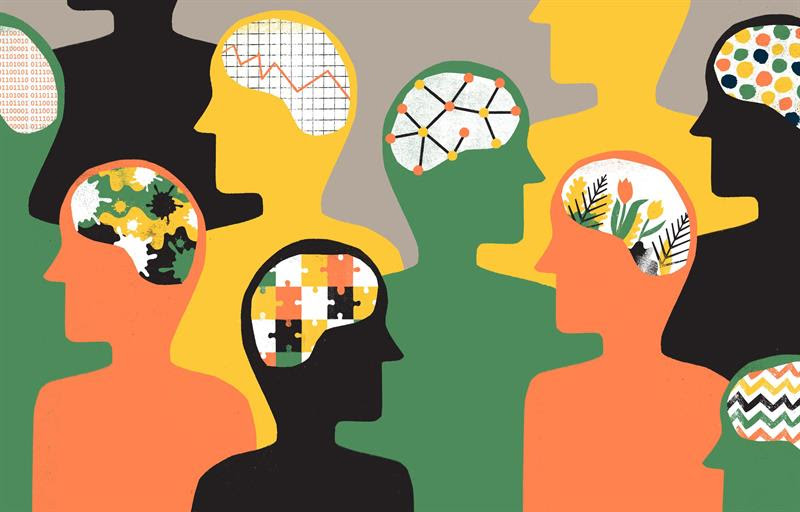 Last month saw us celebrate Mental Health Awareness day I’d go as far as to say there’s a pretty gaping hole in society in terms of our discussion of autistic people’s rights. Universities and a number of media outlets in the UK are buzzing with talks on gender equality, consent, transgender rights etc. This is all good – none of those conversations should be tapered. But we need to broaden the list of equal rights movements that are being championed.

I only heard of neurodiversity through a discussion with a friend about the difference between the label ‘autistic person’ and ‘person with autism’. Whilst ‘person with autism’ could seem more desirable in its refusal to define a person by their neurological condition; those who favour neurodiversity tend to prefer ‘autistic person’ as they embrace their autism as a part of themselves. It is part of them in the same way that some people regard biological attributes such as their gender as a key component in self-identification.

Defined by the OED online as “the range of differences in individual brain function and behavioural traits, regarded as part of normal variation in the human population (used especially in the context of autistic spectrum disorders”.

Essentially, neurodiversity views autism not as a disability, but a difference to be embraced as an irremovable dimension of one’s identity.

Specifically, the movement aims to reject the idea that autistic people deviate from ‘the norm’ by rejecting any possibility of a basic neurological normality. This makes sense; we’re often told autism is a spectrum. Throughout this ‘spectrum’ lie many varying intensities of mental ‘conditions’, which fluctuate greatly both within an individual’s experience and compared to the experience of others. So it is conceivable to imagine a world which considers autistic people as not deviations, but variants.

The crux of the neurodiversity movement (and the point that its opposers most forcibly reject) is that there need be no cure for autism. Society has advanced and progressed because of not despite of neurological differences. That in itself is hard to argue with; one clear example is world-renowned scientist Temple Grandin who credits her success to an ability to, amazingly, ‘think in pictures’.

But does this really mean we can strike autism off any lists of impairments or diseases? Whose voices are we actually hearing? To some, this debate is dominated exclusively by the voices of high-functioning autistic people. Critics of neurodiversity argue that sure, for those autistic people who function with ease in society, acceptance and celebration of neurodiversity is great.

But, for those whose lives are hindered by severe autism, searching for practical solutions to quotidian societal challenges and searching for a ‘cure’ isn’t offensive, but rather, urgent.

What is autism anyway?

However – are these critics really just mixing up autism with learning disabilities? My contact, a student at the University of Sussex’s psychology department, explained that:

Damian Milton’s well-received theory of ‘double empathy’ reassigns the familiar roles in the classic trope ‘autistic people cannot feel empathy’. Milton, an academic at Kent University, suggests rather that any two people with such different ways of viewing the world find it hard to empathise with each other. Empathy difficulties are a mutual problem, not simply the autistic person’s ‘handicap’.

The truth is that we define autism as an illness in order to ‘other’ the autistic person and not to recognise the non-autistic role in miscommunications that occur.

Where do we go from here?

Conversations about neurodiversity have to increase. This is crucial because a) a section of society pushing civil rights progression is being wrongfully ignored; b) considering how neurological differences interact with people’s identity can only help further society’s dialogue with not just autistic people, but anyone with an underlying mental ‘difference’. Which, quite possibly, incorporates a majority of the population.

There are many reasons the neurodiversity movement has been ignored; the awkward binary of ‘illness’ being one. We must make sure that we are not just avoiding these conversations because we find it difficult to listen to and understand those who differ from us. Their voices must be heard.

For more information on these key issues visit the www.autism.org.uk website.

Lucy Kenningham is a recent graduate of the University of Manchester with a BA degree in English Literature. Originally from South London, she now lives and works in (South) Manchester. Her interests include philosophy, gender and international affairs. She co-founded and -edited the young person’s political and cultural magazine, Scuffle, from 2014-16.

May V Corbyn: Is There Really Anything to Gain From a TV Debate?