The social justice movement Black Lives Matter has taken the world by storm, ever since the death of George Floyd at the hands of the police on May 25, 2020,

Peaceful protests have taken place all over the world. In London, demonstrations have continued for the fourth week in a row.

On Sunday Formula 1 driver Lewis Hamilton attended the peaceful protest in Hyde Park. The six-time world champion in Formula 1’s and the only black driver. Since then he announced the launch of The Hamilton Commission, a new research partnership which is aiming to make motorsport “as diverse as the complex and multicultural world we live in.”

“I’ve been fighting the stigma of racism throughout my racing career — from kids throwing things at me while karting, to being taunted by fans in blackface at a 2007 Grand Prix, one of my first Formula One races,” Hamilton said, in an OpEd in the British newspaper The Sunday Times.

The Spider Web of British Racism is being unravelled.

Several petitions have been signed, and marches have happened all across the UK. The removal of statues of Robert Milligan and Edward Colston is marking the end of a British history that immortalises and exonerates slave traders and racists. Now it is challenging the historic and moral compass of our time. Black Lives Matter is calling out history, forcing others to confront it so we are no longer doomed to repeat it. The ethical bar has been raised.

In the UK there is a culture where calling out racism is more offensive than racism itself. BLM has thrown the race debate on its ugly head. Change, however, must be sustainable, a movement and not a moment which in time we will forget about.

The Black Curriculum campaign has continued to attract widespread support in the wake of BLM protests over the killing of George Floyd in the US, and of the disproportionate impact of Covid-19 on black and minority ethnic people. Just weeks ago we learned that Black people were more than four times as likely to die from COVID-19 compared to people of white ethnicity.

Pressure has been put the government to review the national curriculum where the teaching of black history should be mandatory for all pupils in schools in England. This could prove an equalising component for the British Black community. With a black curriculum, we will continue a legacy where finally Black British contributions are recognized to the fabric of British society as a whole.

The protests are leaving companies, corporations and individuals on their tiptoes as British society and its roots to slavery are being dissected and dismantled

Last week Friday The Bank of England apologized about its historic links to slavery. They further promised to ensure no images of former bank officials who owned slaves or profited from slavery were displayed.

“The U.K. central bank had 27 former members, including 11 former bank governors and 16 directors, who owned slaves or profited directly from the slave trade, according to a database maintained by University College London.”

Insurance exchange Lloyd’s of London and the brewer Greene King also announced reparation payments for the historic role the firms played in slavery.

There have been many other banks who have had a role in slavery such as Barclays, HSBC and The Royal Bank of Scotland. This is the first step to a widerconversation of reparations which may then force the British government to challenge how the country was built. On the back of black bodies.

BLM has achieved mass change in the UK

The question isn’t what can BLM achieve, but what are they going to achieve next?

BLM protests have thrust topics of racism into the spotlight and centred it in a way that was previously underground and unimaginable in mainstream discourse.. It is a movement similar to the civil rights era. Social media has been a pivotal weapon in educating, individuals and spreading awareness. It has been a movement, not a moment. It has called companies to action their lack of diversity in the workplace and to challenge racism headfirst.

The Black Lives matter in the UK has united people all across the political spectrum, irrespective of colour or class. It has empowered individuals to speak about racism. Stars such as Leona Lewis, Misha B and also Alexandre Burke all took to social media speaking of their experiences of racism in the music industry and whilst on the talent show X-Factor. Alexandra Burke said Black Lives Matter movement persuaded her to share her experiences because “the truth is all we’ve got”.

Black Lives Matter is no longer just a movement, it has become a historic moment that has affirmed its legacy. The people have made it a global movement and it has already lead to a plethora of good in the collective action and fight against racism. It has forced ugly truths to be confronted. The pressure reminds us that protesting and civil disobedience perhaps have their place in a democratic society. 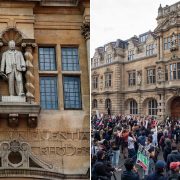 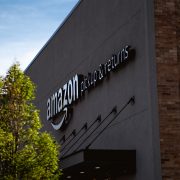