The Bank of England has said that all the UK major banks are able to cope with a ‘hard’ Brexit.

This comes after the Governor of BoE Mark Carney, had announced that the UK’s biggest lenders had passed the Bank’s stress tests. The Bank’s Financial Policy Committee (FPC) is also “taking action to ensure the financial system is resilient to a very broad range of risks”.

Some of the key points, which Mark Carney and the Bank of England raised, in reducing the impact of a ‘hard’ Brexit on the UK household banks, included:

Grant Thornton Financial Services Group has pointed out that UK banks such as HSBC, USB, and Lloyds, will benefit from a ‘hard’ Brexit, by avoiding burdensome EU legislations, which include the bonus cap, and the restrictive employment rights. Michael Snapes, financial services director at PwC said, “There is some comfort to be had in the knowledge that the UK banking system is strong enough to withstand severe economics deterioration”. 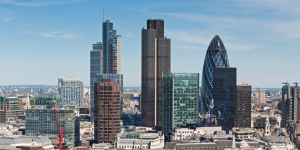 Since the financial crisis of 2008, all the major UK banks have passed their stress tests.

On the flip side, one has to look at the possible risks of a ‘hard’ Brexit on UK Banks. “What we have to do is look at the tail risk – what could go wrong – and to ensure that the core of the system has enough capital and liquidity to withstand a shock to the financial system”, Carney pointed out.

If the UK is to leave the EU in a ‘sharp, disorderly’ fashion, there is certainly going to be some economical consequences. Given the worst-case scenario, there will be a rise in interest rates from 0.5% to 4% within 2 years, and the unemployment rate will rise from its current rate of 4.3% to over the 10% mark.

The Bank’s Governor has emphasised that this is an ‘unlikely event’, which the UK’s banking system is working to avoid. “UK banks could continue to support the real economy even in the event of a severely disruptive exit from the EU” he added.

Despite the potential risks of a ‘hard’ Brexit, the UK’s biggest lenders have been ticking off the right places within the Bank’s stress tests. HSBC, Standard Chartered, Lloyds Banking Group, Nationwide, and Santander, have all maintained their capital levels above the Bank’s stress tests minimum requirements.

The Chief Financial Officer of RBS concluded by saying that the UK banks “continue to make progress towards the stress-resilient bank we aspire to be and 2017 represented another year of material improvement”. At least we can look forward to some good news in the new year.

The call for a European super league just does not seem to go ...