The Netherlands beat France on Friday 16th November in their UEFA Nations League match and deservedly so, with Wijnaldum and Depay both getting on the score boards. It could have been more than just  2-0 win, but Lloris made a number of good saves to stop the bleeding. The Dutch had 18 shot attempts with 11 being on target, compared to France’s 7 shot attempts and 2 on target. France by no means had a weak team out on the field, but with Paul Pogba being injured the midfield didn’t tick as effectively and lacked creativity and technical presence, which was evident in the final possession stat of the Dutchmen holding 59% of the ball. Even with Pogba out, the likes of Mbappe, Griezmann, Kante, Matuidi should have been enough to secure them at least one point which is what they needed to secure the top spot.

What is the UEFA Nations league?

The UEFA is a new national team competition that replaces friendlies with competitive matches, allowing nations to play against equally ranked teams. The four group winners of the top-ranked League A qualify for the UEFA Nations League finals in June 2019.

Within the first minute, the Dutch looked threatening and exciting. A nice through ball that split the French defence with ease allowed Depay to play it across the box allowing Wijnaldum to hit it but Lloris blocked it.

At the 44th minute mark, Liverpool’s Wijnaldum managed to parry his shot in the bottom left corner, after Ryan Babel’s right footed shot was saved by Lloris. But this was not enough to get it away from danger. Wijnaldum in the centre box was in the perfect position to put his team 1-0 up in Rotterdam ending the first half of the match.

Attempts in the second half were ramped up even more with Ryan Babel’s shot being saved again at the 50th minute mark. With Virgil Van Dijk narrowly missing the header assisted by Delay at the 60th minute mark and Denzel Dumfries header saved in the bottom right corner of the goal at the 62nd mark. It’s safe to say that the Netherlands really mounted pressure on the World Cup winners. As the second half went on, a greater number of attempts were made and at the end of the match Frenkie De Jong was awarded a penalty after a silly foul by Moussa Sissoko in the box. Depay stepped up to take the penalty kick and what a wonderful one it was, he dinked it right in the middle of the goal which made Lloris a world class goal keeper, look rather silly. This whole game was the Dutch really showing how dangerous they are and Hugo Lloris keeping his team in the game by the scruff of the neck.

With France beaten in a competitive match it now means their 15 streak unbeaten run has come to an end.

With a stellar performance from the Netherlands XI it begs the question: which individual players will now be on the teams’ radars and whether Memphis Depay’s return to Manchester United is a possibility. Depay regained his form which first got him the transfer move to the Reds at his now club destination Olympique Lyonnais in the French League. United fans are certainly calling for his buy back clause to be activated as the team needs a surge of new energy, however I personally believe that it won’t fix any of Manchester United’s problem and it’s more of a structural issue at every level.

31 year old Ryan Babel has been putting in a shift with his performances for the national side which could put his name back in the lights and of course one of the best defenders in the world and the captain of the Dutch side Virgil Van Dijk brings calm and stability to the defence and whoever he’s playing with, so the Dutch national Side looks to be in good hands under head coach Ronald Koeman.

France can still take top spot if the Germans beat the Dutch. But if the Dutch win they take top spot of group A. Overall there are some doubts surrounding the French team as they looked very stale and it’s evident that head coach Deschamps needs to rotate the quality that the French team posses a lot more because they sure don’t lack it in most departments on the pitch.

The UEFA Nations sure do bring back a bit of excitement to international football. 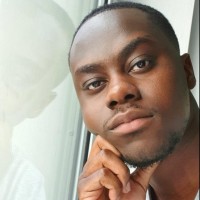