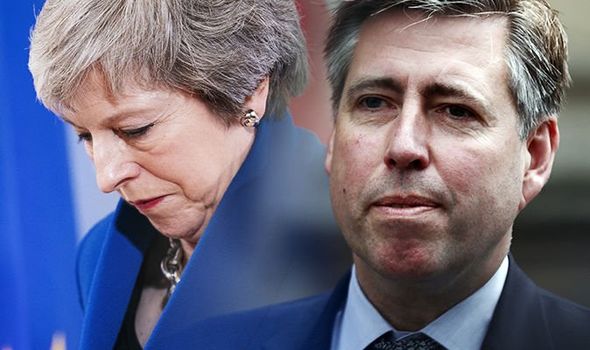 While not offering the same high drama and levels of government embarrassment as a fortnight ago, this week still provided plenty of intrigue and left the Brexit negotiations hanging on yet another knife edge.

At around 8.40 PM on Tuesday evening, the UK finally appeared to have gained some clarity on Brexit. Donald Tusk did not seem impressed by this epiphany and approximately 10 minutes later, any lucid feeling had dissipated and we were all left asking familiar questions once again.

Parliament will likely remain in this state of limbo until the next vote on the Withdrawal Agreement on the 13th February. Nevertheless, the last few days have been significant and will shape the course of the next two weeks and beyond. Here’s the rundown of what it all means, after the latest ride on the Brexit merry-go-round.

A breathless session in parliament on Tuesday night saw MPs voting on a total of seven amendments to the Prime Minister’s Brexit deal. Overall, it was a good night for the government, as the Brady amendment (more on that in a moment) garnered a majority, while five of the other six were defeated. The first two of these, from Labour and the SNP respectively, aimed to stop a no-deal Brexit, with the SNP amendment including the added caveat of extending Article 50. Unsurprisingly, this was resoundingly rejected by a majority of 288, while Labour’s amendment went down by 31 votes.

Amendment number three saw pro-remain Tory Dominic Grieve attempt to give parliament control of the Commons for six days, in the run up to 29 March, in a bid to understand the Brexit parliament wants. The DUP came to Theresa May’s rescue on this one, leading to a majority of 20. May will be concerned however, that without their support, this would have been a big blow to her deal and leadership.

Yvette Cooper’s much talked about plan to give parliament Brexit control if no deal had been secured by the 26th of February was next. A defeat here by 23 votes was not as close as expected and plenty of eyebrows were raised at the 14 Labour MPs who defied party-line by voting down the amendment, causing it to fail. There was an air of Shakespearean tragedy surrounding this one, with some calling out the rebel MPs for vengefully stabbing Labour in the back, while the 17 Tory MPs who supported the amendment didn’t get off lightly either.

Another attempt to extend Article 50 in the event of no-deal, from Labour’s Rachel Reeve was easily beaten by 32, before the first shock of the night. Where Reeve and others had all failed, the Conservative MP Caroline Spelman’s amendment, which simply aimed to avoid a no-deal Brexit passed, 318 to 310. Finally there was a concrete majority in the Commons against no-deal, although there is nothing legally binding to this amendment against Theresa May. If those in parliament were feeling confident about the direction Brexit was now going in, there were further reassurances after the final vote. Sir Graham Brady’s amendment was the main event of the evening and aimed to question if parliament would support a new deal where the infamous backstop was replaced by “alternative arrangements to avoid a hard border.” In a win for the government, this passed by 317 to 301.

So, after all this time we now knew what kind of Brexit we were going to get… right? Parliament could confirm majority support against no-deal, and it also indicated that any new deal with the backstop removed could garner a majority in the House of Commons. Except it wasn’t that simple, as mere minutes later, the EU once again made it abundantly clear that the backstop is not up for renegotiation. Irish Prime Minister Leo Varadkar echoed this in a phone call to Theresa May on Wednesday, in which he told her:

“The latest developments have reinforced the need for a backstop”.

He was alluding to the Brady amendment and its mention of ‘alternative arrangements’ to the backstop, without explicitly saying what these arrangements are. Technology continues to be referenced as the answer to the backstop issue, but the problem here is that either the technology does not yet exist, or like ‘Blockchain technology’, has never before been used for border control. Jeremy Corybn pressed Theresa May on this matter during Prime Minister’s Questions. Here she was deflective at best and flakey at worst on the subject, which was met with huge jeers and laughter from the opposing benches.

So is the ball now back in the EU’s court?

Well, yes and no. It is in so far as to say the EU are the only ones with the power to remove the backstop from the current Withdrawal Agreement. Many Brexiteers have long been convinced that the EU will eventually make a U turn at the eleventh hour and agree to ease up on the issue of the backstop. While it is possible, the fact that the Irish government are in total agreement with the EU makes it very unlikely. The EU will not want to risk their own future relationship with one of their loyal members, so, for now at least, this does not seem to be an option.

For the time being therefore, the ball has been firmly passed back to the UK. In response, Jeremy Corbyn finally agreed to meet Theresa May for talks on Wednesday; a move which some feared were too little, too late.

“a useful exchange of views”

Interestingly, this is the conclusion May came to after her talks with Corbyn. We know the backstop would have been the key point of discussion, with the Labour campaigning for a new customs union and access to the single market. While eliminating any need for a backstop, Theresa May knows it would not be popular with her party or great portions of the British public, but has this week been a sign that she is softening to the idea? Again, probably not, but watch this space.

For the next few days at least, things will likely be quiet, as the government try to plot their next moves and make a breakthrough (I know) with the EU. Theresa May is well aware that she needs to bring something back to parliament on 13 February, so next week’s developments are sure to be enthralling. If May does not provide enough assurances or evidence of progress next week, then expect the amendments to come back thick and fast. Yvette Cooper’s in particular, will look to convince rebel Labour MPs this time round. On Thursday both Jeremy Hunt and Graham Brady more than hinted at an extension to Article 50, but make no mistake; the likelihood of no-deal increased tenfold this week too. All this with just under two months to go until the Brexit countdown reaches zero.

Are The Grand Tour’s homophobic comments really that big a deal?

May and Trump: Dealing With Rejection