Two weeks ago Manchester United were knocked out of the Champions League at Old Trafford by Sevilla; a club that had never won a champions league game in England previously, with three draws and a defeat.

With the first leg being a goalless draw, Sevilla were in the prime position to take the game at Old Trafford. It would have been a simple affair for United, if Sevilla hadn’t managed to score the first goal. Essentially meaning that United’s chances of progressing to quarterfinals became exceptionally slim. However, it got much worse than that for Mourinho’s men. Sevilla managed to score another goal in quick succession. Both goals came from Wissam Ben Yedder when he came on as a substitute at the 72nd minute mark. Two minutes later and United had conceded followed by a second goal which narrowly crossed the line coming from Yedder with a corner kick just 4 minutes later. Game over.

All throughout the game , Sevilla looked more in control.  When you’re away from home this is less likely to happen, but Sevilla dominated the midfield with Steven Nzonzi, Franco Vázquez and Éver Banega masking sure their team was always primed for a counter attack or given the final passes to allow their strikers to take shots on goal, on total they had 21 shots on goal and 6 on target compared to Manchester United’s 17 with 3 on target.

Jose Mourinho’s tactics with his initial team selection seemed very off for a must win game. It was almost like he was overestimating his team’s abilities in seeing the game out. On paper, United line-up was very capable and initially, such a tactic was plausible. A similar line-up managed to secure a win against staunch rivals, Liverpool a few prior days to the Sevilla match. However, in this game the team selection already had fans screaming with despair. Mata, Pogba, Martial were all on the bench and the likes of Fellaini and Lingard in the midfield meant things didn’t pan out the way it should have. With no lack of pressure and initiative going forward, Sanchez constantly getting dispossessed, things became very frustrating, very quickly. With the only goal coming from Lukaku at the 84th minute, which was 12 minutes too late, United’s Champions League hopes faded away.

Sevilla were arguably the weakest team in competition yet managed to partially dominate a team that has overwhelming quality in their squad and starting 11 and spent 300 million in transfer fees under Jose’s reigns. Jose’s 12-minute monologue after the game looked to be damage control as he referred to United’s lack of success in recent years as ‘Football heritage” that is making his role more difficult. Adding more salt to the wound, Jose reminded everyone that

“ we were knocked out by a side that’s had more success in Europe than United”, continuing on to say that “several Sevilla players could play on his team and he cannot name them”.  (Source: Independent)

Even with the 2-0 win over Brighton in the FA Cup with goals from Lukaku and Matic, it seemed United’s performance didn’t scream dominance. Jose left the match very unhappy with how the team played, citing certain players and the training he went over 2 days prior to this match. Luke Shaw, being one of the players Jose was eluding to, came off at half-time and was substituted for a much older Ashley Young who doesn’t provide a vast amount of difference to Shaw. Jose Mourinho’s said “we didn’t play as I wanted them to play we didn’t play as I prepared the team to play”, “a few other guys I saw them scared to play. I cannot say much more. It is in relation with personality, is relation to trust”.


How Jose can get the best out of his starting 11 and improve his individual players is yet to be seen. There’s several players that aren’t yet at the Manchester United quality, however, there’s a difference to what fans think those players are and what Jose Mourinho thinks those players are. Certain players are sure to feel the pressure and look for an exit to another club. Despite positive performances from United players on their international duties. The burden ensuring the Red Devils’ long-term progression still looms over Mourinho’s head.

I have a dream that enough is enough! - Yolanda King.

Can Team GB go all the way in the Fed Cup? 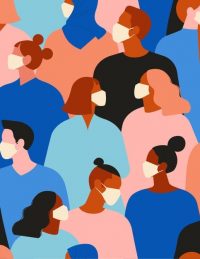 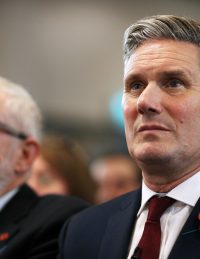