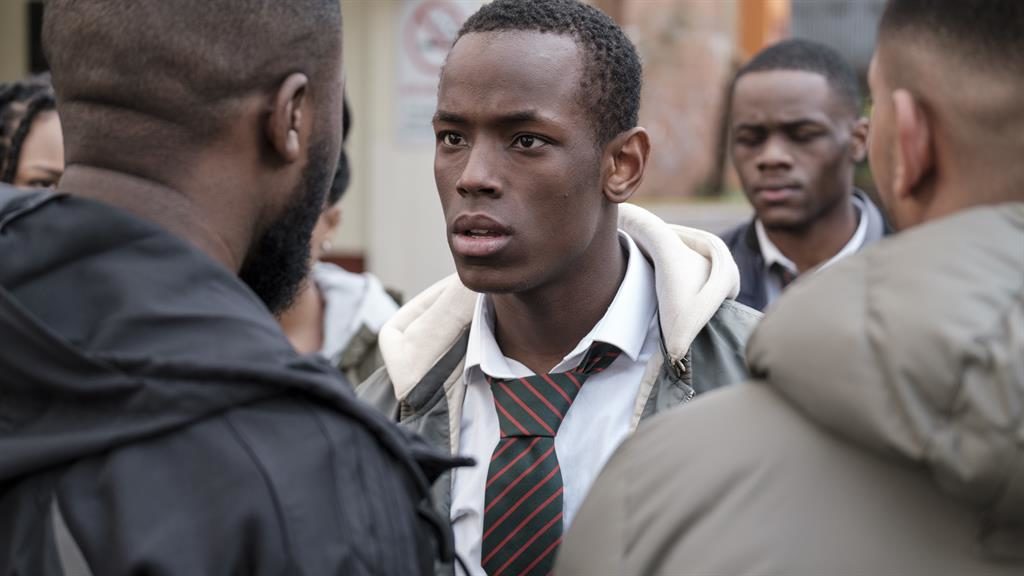 On the 22nd of November 2019, the crime drama movie Blue Story was released to cinemas in the UK. The film has been the centre of immense controversy revolving around the glamorisation of gang culture in cinema and society. The film’s mixed reviews has prompted discussion regarding whether or not the ban is justified, the best ways to combat gang violence and how previous strategies proved to be ineffective.

The movie is a feature adaption of British music producer, rapper and director, Andrew Onwubolu’s, (also known as Rapman) YouTube series about two London youths who have become embroiled in a street war. Set in Peckham, South London, the film depicts the effects of ‘postcode rivalry’ on youngsters growing up in areas where gang violence is rife. However, after a Birmingham screening of the movie in Star City took a violent turn, the film has been banned from various other cinemas across the country. Rapman released a statement saying, “kids in gangs aren’t spawns of Satan…I am not trying to justify, I just want to show you what these boys are fighting for.” Questions have arisen over whether the feature film aims to promote and glamorise the lifestyle it depicts. Others have countered this by calling the ban on the movie unjustified and racially motivated.

The screenplay of Blue Story was inspired by the concept of Rapman’s online series ‘Shiro’s Story’ that focused on similar subjects. With the lead actor from the Netflix series Top boy, Michael Ward, starring in the film, it continues to incorporate common underlying themes of deprivation, alienation and acceptance that is prevalent in estates where gang violence is commonplace.

The film is said to be a cautionary tale that aims to highlight the banality and futility of gang violence and its impact on the lives of young people. More than that, however, it aims to provide a narrative on how this prolonged issue of local violence leads to corrupted innocence and entrenches a sense of fatalism in the young people who are caught up in postcode feuds.

However, many would argue otherwise as a brawl between 5 young teenagers, including a 13-year-old girl, broke out in Star City Birmingham, swayed the opinions of the public. When weapons were found at the scene of the disorderly behaviour, including machetes and tasers, it lead officials to come to the consensus that those involved in the fight were prompted by the narrative shown in Blue Story – a theory that can be neither consolidated nor refuted. This eventually lead to Blue Story being pulled from Vue’s 91 outlets in the UK. The situation was described by the director Rapman as ‘extremely unfortunate.’ By banning the movie, the problem of gang violence stays firmly entrenched within society as fewer people are exposed to the difficulties faced by young people that are ensnared, due to the nature of their circumstances, in gang culture. This results in a limited understanding of how to tackle the problem from the onset, opening up further discussion around how to effectively combat gang violence and whether films that relay the intricacies of these situations are entirely useless, provoking or genuinely effective.

Gang Violence In The UK

Evidently, the scope of the problem is huge. Measures need to be put in place to curb the severity of criminal activity in such areas and to protect the lives of young vulnerable people who are geographically linked to the problem. The schemes that have been put in place, however, to countervail the issue of knife crime and gang violence have not always been met with public support – the banning of Blue Story being amongst the measures that have received backlash.

Earlier this year, over 300,000 customised chicken boxes were issued with the words #knifefree on the packaging – part of the Home Office’s strategy to reduce knife-related crime in the area. The scheme was met with extreme disapproval from the public. Many saw the scheme as at best condescending and at worst a form of racial profiling – ultimately an unsuccessful endeavour. The below tweets reflects this notion.

“I can see the racist connotation. I’m not sure if I’d say racist or stereotype but it’s in that bracket.”

Elijah Quashie, also known as the Chicken Connoisseur on Youtube in BBC’s Wake up to Money in regards to the #knifefree campaign.

The same sentiments can be applied to banning Blue Story as a result of a potentially unrelated violent incident in Star City. It can be argued that this is a projection of an inherent racial bias that the majority hold when looking at gang violence and knife crime. The victim of this bias being young black boys – as illustrated in the #freeknife crime chicken shop campaign.

By removing something that aims to clarify the motivations of gang-related violence and uproots the very origins of the issue, this strategy is counterproductive. It essentially sends a message to the affected communities and prevents the use of an effective tool to take action against violent conduct. Unlike chicken boxes, a more effective local approach to London based gang violence includes the creation of the Young Londoners Fund. With a total investment of £45 million pounds into the initiative, 222 recreational projects have been developed benefitting over 73,700 Londoners. When contrasted with schemes such as this that aim to help support young people and make them proactive in alternate fields, the banning of similar creative projects such as Bue Story contradicts the positive impact of successful community initiatives that are statistically proven to be make a tangible difference.

However, it can be argued that although the message portrayed in the movie is one that aims to deconstruct the intentions of those involved in local gang crime and provides a more nuanced understanding of how young people are sucked into such situations – it still may not contribute to solving the issue. The reason for this is the innate nature of filmmaking and the natural inclination to glamourise certain aspects of the movie to make it more ‘aesthetically pleasing’ or perhaps to streamline the narrative. This ‘Hollywood gloss’ could potentially detract from the rawness of the story and the crude reality of the situations presented in the movie – perhaps inadvertently glamorising or reducing the impact of the harrowing circumstances and state of affairs that are being portrayed. A similar situation was seen earlier in 2017 when the Netflix series 13 Reasons Why was released. The series was seen to also deal with sensitive issues involving mental illness, bullying and acceptance but received immense backlash for romanticising the notion of depression and undermining the crux of the message.

In summary, whether Blue Story glamorises gang violence or not is fundamentally a subjective question. If such large scale multimedia projects are not effective at dealing with the issue at hand, then other tactical methods that will hone public understanding around gang violence need to be implemented in order to stop gang violence once and for all.